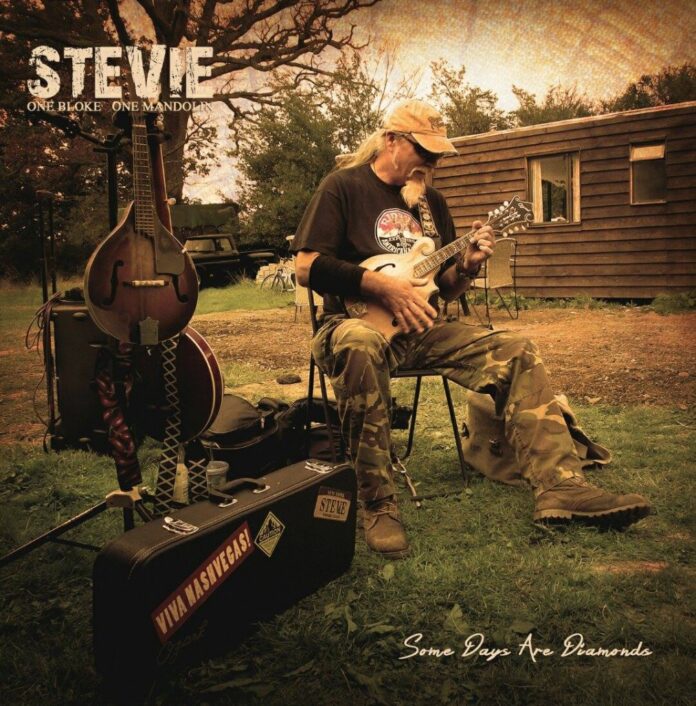 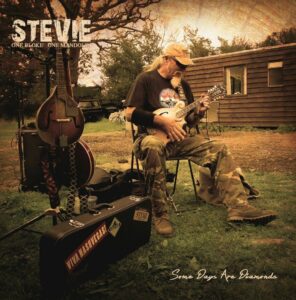 Stevie Simpson – Some Days Are Diamond (self release)

Stevie Simpson has been playing regularly at motorcycle rallies and festivals all over the UK since 2000. Working under the billing of STEViE One Bloke One Mandolin, Simpson is a stalwart of the grassroots festival scene picking up new fans and new friends at every gig. Alan Ewart checks out Simpson’s fifth studio album for Louder Than War.

Stevie Simpson’s new release is a complex collection of tunes so lets start with the basics. Some Days Are Diamonds offers 11 track and weighs in at just under an hour in length. The album is beautifully mastered and engineered and in typical Simpson style it is the vocal that carries the songs. The music is stripped back, almost bare though in addition to Simpson’s mandolin there is some banjo, guitar, fiddle and even keyboard playing a supporting role.

Stevie’s voice I guess would be described as gruff, it is gravelly and smokey. Think Tom Waits crossed with Steve Earle and add a touch of Johnny Cash. Like those wonderful artists Simpson is first and foremost a storyteller and that voice tells the story of his life. You can hear the joy, the pain, the good times and bad throughout the piece.

The opening track “Arrival USA” lets you know straight off that you are in for an emotional ride, the subject matter the Boston marathon bombing, the irony of Chechen brothers bringing terrorism to the streets of the nation that adopted them. Simpson also draws on the irony of atrocities committed in the name of religion.

“Dodge A Bullet” is perhaps the most personal track on the album, dealing as it does with Simpson’s near fatal heart attack, his subsequent recovery and his determination to keep having fun whilst perhaps having to cut back on the excesses of youth. Stevie tells of partying through till dawn but now being more likely to be found drinking tea rather than whiskey. “Bring Me A Beer” is the sort of bar-room tale that Tom Waits would be proud of. It is the tale of the songwriter who is sat in a dark and smoky bar hugging a beer and writing songs that no-one will ever hear. Like many of Waits songs it is part melancholia part hope and like Waits at his finest Simpson leaves you wondering.

“Slaughter” uses the trick of disguising a dark, disturbing and violent tale behind a bright, melodic and joyful “rag-time” piano.” The Mechanic” and the title track are stories of life, travelling songs. They are allegorical tales, the engines and motorcycle journeys tell the tale of Simpsons life.