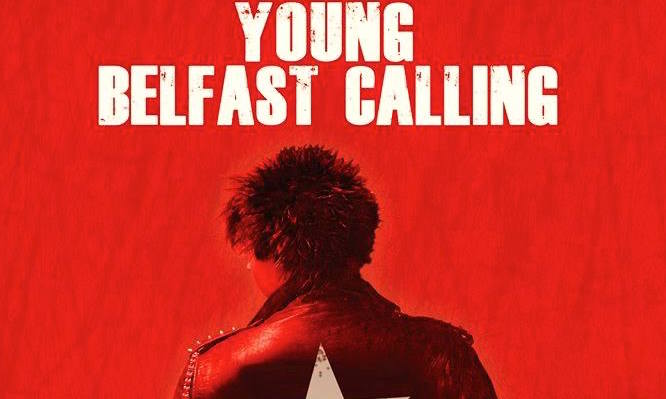 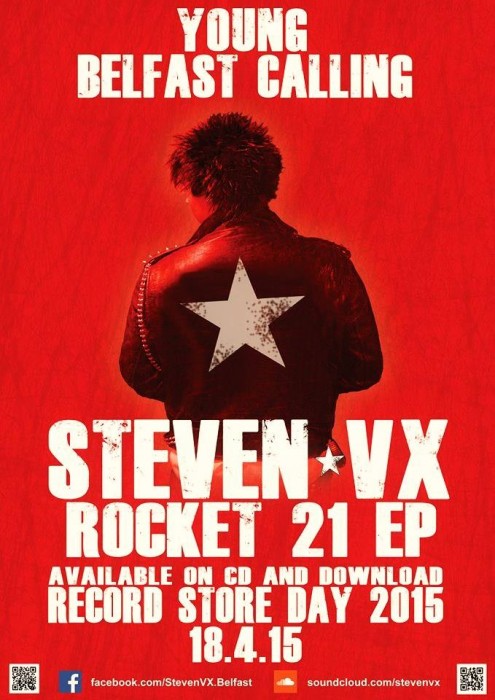 If you like great big wall-of-sound Steve Jones-style punk rock electric geetar, Thunders and the Dolls style swagger with vocals that can only be sung through a curled-lip sneer, then this is for you.   A one-man sleazeball glam, punk rock ‘n’ roller from Belfast, aged 21,  Steven VX has supported probably every ‘punk legend’ (and John Ottway) who have played the city over the last six years, either with his old band VX or solo.

His previous The Boy Looked At Johnny EP was three Thunders songs and one original whereas this newie is three original numbers and a storming cover of Gimme Some Truth -which takes its cue more from the Generation X version than Lennon’s original.

Track one, Memo is a barnstormer, with bratty vocals and scorching guitars and a little steal from the Pistols Silly Thing! Daydreamer has a sleaze-punk in-dub feel and Tommy is a fast and furious (early) Green Day / Replacements type rocker.

I’ll come clean. Steven VX’s dad is a mate. One I’ve never met. We were penpals before the internet and would swap tapes and later were fans of each other’s journalism. Joe D wrote for Peter Don’t Care’s brilliant Nihilism on The Prowl e-zine and was a Harp Bar regular and massive fan of Rudi et al back in the day.

A young Steven consequently got a small role in the Good Vibrations movie and has been in bands since his teens, but he never found the right people to work with it seems.

This EP is therefore him alone, playing all the instruments; bass, drums, guitar and vocals, and I tell you what, he must have made his old man proud.  Belfast Rocks (again!)

Here is a teaser trailer for the EP…

The EP can be bought / streamed from Bandcamp. Steven VX is on Facebook.