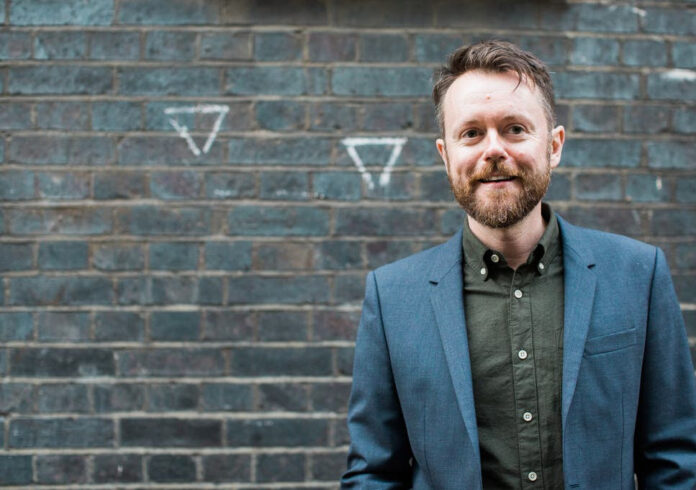 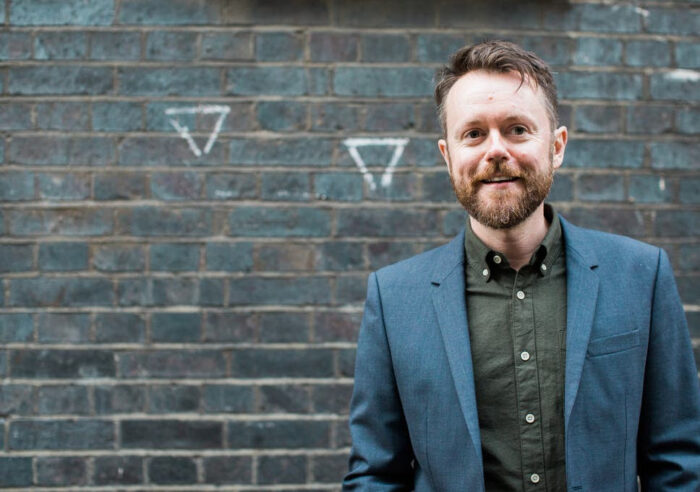 Andy Brown puts the kettle on and gets comfy at home to watch his first ‘virtual gig’ with a solo performance by indie-pop songwriting stalwart, Steven Adams. It’s a particularly difficult time for live music at the moment but what would a show streamed directly from an artist’s front room actually be like?

If Doc Brown and Marty McFly had leapt from the DeLorean back in January and tried to tell us what 2020 was going to be like we probably wouldn’t have believed a word. The whole world plunged into chaos, world leaders either incapable of stringing a competent sentence together or talking about disinfecting your organs like a kitchen work surface. Like everything else many aspects of the music industry have had to be put on pause; festivals cancelled, record shops closed and gigs rescheduled. Like a lot of you I’ve really missed live music so was pleased to see a number of artists offering live streaming events. One such event being indie-pop singer-songwriter Steven Adams performing a solo acoustic show from the comfort of his own home via the magic of Zoom. What could possibly go wrong?

Adams has been one of my favourite songwriters since I first heard his former band, The Broken Family Band, way back in the heady days of 2005. A seamless mix of wayward country and indie-pop that made them stand out a mile from all those “haircut kids on the indie-rock underground”. These days Adams has left much of the country influence behind but continues to write witty, heartfelt indie-pop for Steven Adams and The French Drops. The band’s second album, Keep It Light, is due out later this year on the consistently ace Fika Recordings.

Placing a cup of tea and a bowl of popcorn next to my laptop (I know how to party!) and remembering to attach my speakers, I log into Zoom at 9.00pm. I honestly don’t know what to expect. Would my internet connection stay steady or would I have to listen to a glitchy, horrible mess? Would I really be able to see the rest of the audience? Some of these questions are answered immediately. I can see Adams, myself and 23 other people. Scrolling through page-after-page to have a look at the virtual audience I manage to count about 300 fans. “Good morning from Melbourne” says one message, “Ask him where he got his blinds” inquires another. It’s a surreal yet genuinely heart-warming sight.

“Welcome to Ebay” jokes Adams before starting what he’ll later describe as “the weirdest thing” he’s ever done in his life. It’s an hour long, all requests show so we’re treated to a satisfying smorgasbord of delights from across Adams’ career. We get the superbly satanic Living In Sin accompanied by a man in Wales playing along on his guitar. Starsign comes with the equivalent of one of those ‘parental advisory stickers’ as it has a little swearing in it. When Adams advises covering any of the kid’s ears, one little girl proceeds to put a cushion on her head. It’s like we’re all sharing one gigantic front room and the atmosphere (yes, it’s on Zoom and there really is an atmosphere) is intimate and rather lovely. “My son” types one virtual audience member “would like more swearing”.

Adams explains how the band were lucky enough to finish the new French Drops LP just before we all went into lockdown; we’re then treated to previously unheard album track Oh Dear as well as the brilliantly uplifting Bring On The Naps. The latter, with its tales of daytime microsleeps, feels all the more appropriate right now. A whisk is brought out to help play a rather beautiful version of St. Thomas, tapping on the strings as he sings, “when you come to Oslo, I’ll teach you how to sing”. Adams explains how the song received an unexpected (yet geographically accurate) heckle in Sowerby Bridge once when someone shouted, “Oslo! That’s in f-ing Norway!”

How We Get Through segues into Herman Dune’s fantastic Going to Everglades while a stripped-back Bad Apples, a song about the “people who need to divide us”, sounds as angry and relevant as it did in the midst of Brexit. The Broken Family Band classic (I Don’t Have The Time To) Mess Around still makes me smile from ear-to-ear while Tears Of Happiness might just be the highlight of the night. For the latter Adams briefly unmutes everyone’s microphones and attempts to get us all singing along. A chaotic and genuinely joyful moment, I may have even shed a few tears of happiness myself.

“I thought this would be super weird and not at all enjoyable” confides Adams towards the end of the night “but it’s been super weird and incredibly enjoyable”. I couldn’t agree more. It might be an idea born of necessity but it turns out that watching a gig with 300 strangers while sat in your front room is actually an absolute blast.

You can connect with Steven Adams on Facebook and Twitter and pre-order the new Steven Adams and The French Drops album from Fika Recordings here.

Photo of Steven Adams by Michael Wood who also plays in The Singing Adams/ Steven Adams and The French Drops. His solo album can be found here.

All words by Andy Brown, you can view his author profile here.