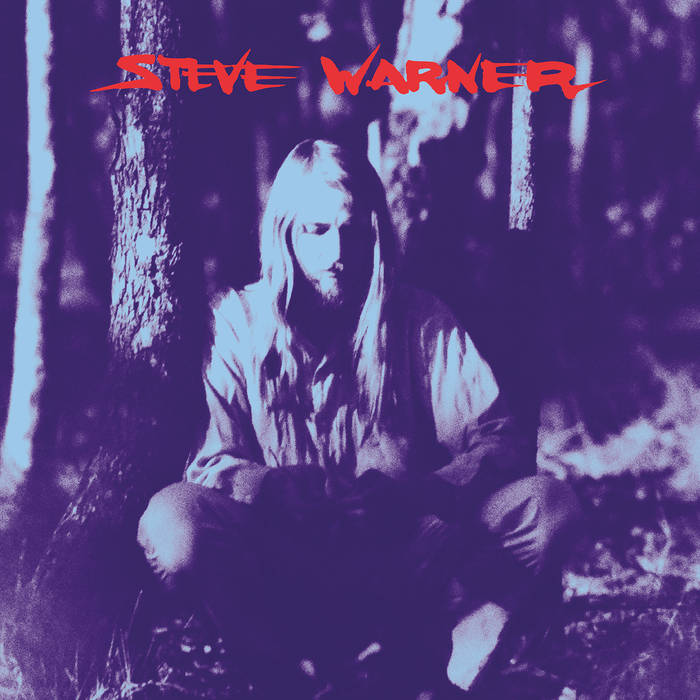 After giving a wider audience to Howard Eynon’s fantastic “So What If I’m Standing in Apricot Jam”, Earth Recordings are re-releasing the first solo LP of Australian musician Steve Warner. Originally released in 1979, the album was a labour love, entirely financed (with a council grant and a bank loan) and recorded by Steve himself with the help of legendary Australian engineer and label owner Nick Armstong at Spectangle Studios where Howard Eynon’s album was also recorded. Steve in some ways could be considered as Australia’s answer to Emitt Rhodes as she shares the Californian’s knack for crafting melodic songs with hooks and good instrumentation and of course the thing that links them both is that they recorded their albums just by themselves with no help from extra musicians. It is funny to think how out of time with the trends both Howard’s and Steve’s albums must have been when their LP’s were released in 1974 and 1979 respectively. Howard’s psychedelic ditties had more in common with Pink Floyd circa 1968, than the hi-fi conceptualness of Dark Side Of The Moon and Steve’s gentle songs have more in common with the early seventies singer songwriter movement. However both LP’s have a timelessness that enables them to remain highly listenable to this day.

With archival releases you sometimes get a feeling that the rarity of the record’s original pressing may have slightly over-hyped the quality of the songs but Steve’s album contains some great tunes starting with opener “Summer”, a gentle piano ballad that reminds of The Left Banke’s best moments. “Lightning Over The Meadow” and “Poems in Your Eyes” reach the level of what Cat Steven’s was releasing on his early seventies recordings and feature some melodic bass lines that Paul McCartney would approve of. The instrumental “Rainfall” gives you the impression of witnessing leaves fall on a damp autumn day. Not all is doom and gloom however as the instrumentals “A Boogie”, “Charlton” and “Crisp Morning” lift the mood of the record and show he could try his hand at different musical styles. “We’ll Go On” with its yearning vocal and nice chord changes wouldn’t have sounded out of place on an ELO record. The great work on the arrangements comes to the fore on last track “Cement River” with its intertwined keyboard and string parts.

More info on Steve can be found at his page on Earth Recordings’s Bandcamp.