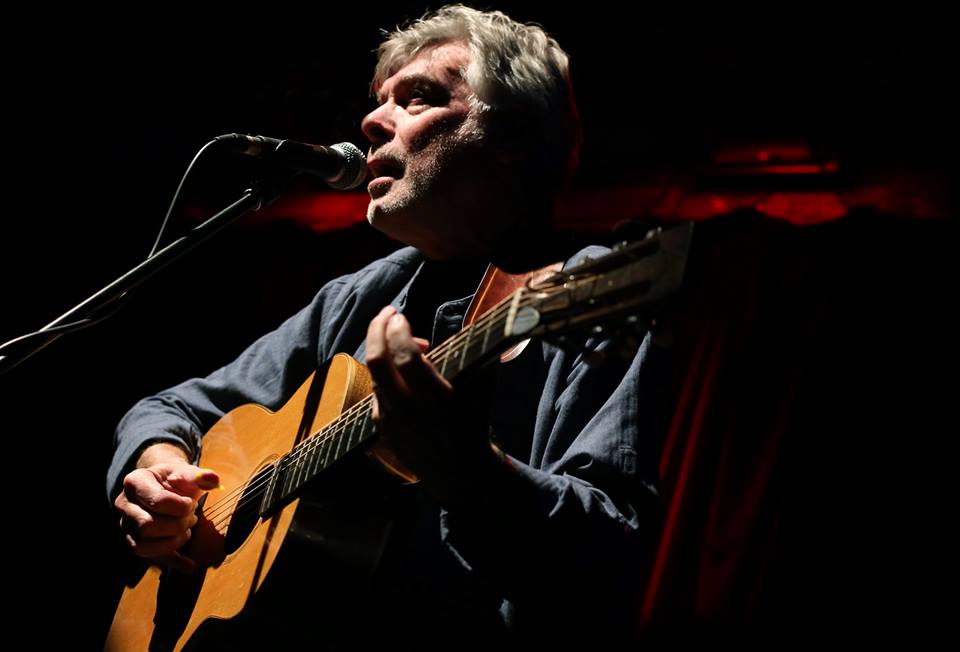 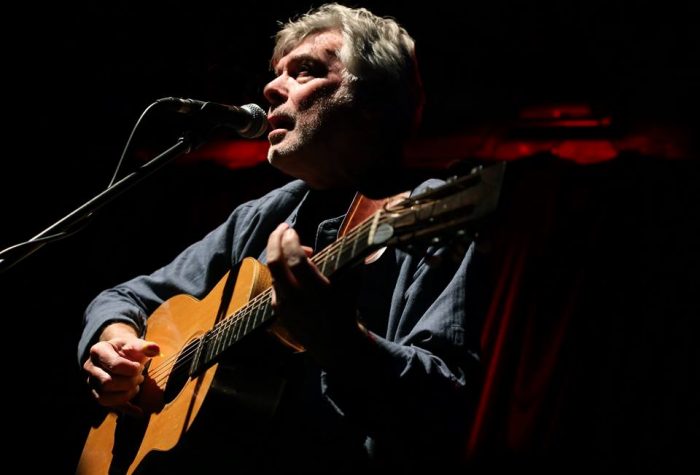 The Hebden Bridge based singer songwriter regaled a dedicated audience with a fine evening of songs and stories. Louder Than War’s Craig Chaligne reviews.

Britain’s folk scene is a real treasure trove. You listen to an artist which leads you to discover somebody else with a back catalogue full of fantastic songs. This is what happened with Steve Tilston, I only discovered him this year despite him currently celebrating his 45th year as a professional musician. Most of it has unfortunately been spent under the radar but thanks to his involvement with the movie Danny Collins starring Al Pacino (based around a letter John Lennon had sent to Steve following an interview he had done with Zig Zag magazine, the existence of this letter only coming to Steve’s attention in 2005) . This and the release of his excellent “Truth To Tell” LP partly made up for a difficult 2014 that saw him lose his musical associate Stuart Gordon and his former musical partner Maggie Boyle.

The Hall 2 at Kings Place has an intimate feeling and its a healthy crowd that cheered Steve when he came on stage. The evening started with “Rocky Road” from his 1998 album “Solubrato” and also subsequently covered by Fairport Convention on their  “The Wood and The Wire” LP. In an homage to the legendary Wizz Jones who helped him out when he first moved to London to become a professional musician, Steve played a reworked version of a song originally taught to him by Wizz, “Weeping Willow Replanted”. Next was the epic “Fisher Lad of Whitby”, a rework of a song featured in Holroyd’s Book of Yorkshire Songs and Ballads. A source of inspiration that won’t be available to Steve any more as the copy that was available at Hebden Bridge’s local library was destroyed in the 2015 flooding. Steve often gets compared to Nick Drake and in “The Riverman Has Gone” he pays tribute to an artist who unfortunately didn’t garner enough plaudits while he was still alive. An excellent bluesy cover of “(Now and Then There’s) A Fool Such as I” written by Bill Trader and popularized by Canadian country singer Hank Snow was followed by a number on Copernic where he swapped his 6 string for a 10 string (“I didn’t have enough money for 12”) and “Grass Days”, a song that saw him recount his early days in London when he was living on Holloway Road. The first set finished with “The Road When I was Young”, a beautiful road song about a life well lived.

The second half started with an instrumental track followed by Steve’s version of the Irving Berling standard “Let’s Face the Music and Dance” introduced by a great story about playing it at his daughter’s wedding. “The Way It Was”, a tribute to his departed friend (and fiddle player) Stuart Gordon didn’t leave a dry eye in the house. The excellent “Running out of Road”, another great tune from “Truth To Tell” showed that there is still good road songs to be written. A new number entitled “She’s Leaving For Spain” used observations from his trip to the Costal Del Folk Festival that took place in Magaluf in April this year. “Oil and Water” from 2011’s “The Reckoning” and another couple of songs from his latest (“Died For Love” and “Yo Me Voy”) followed. “The Slips Jeels and Reels” was described “a traditional I wrote”. Steve came back for one last song (“After Summer Rain”) before heading back up north as he was playing the Beverley Folk Festival the next day in the afternoon (“the equivalent of a musical bungee jump” said our host).