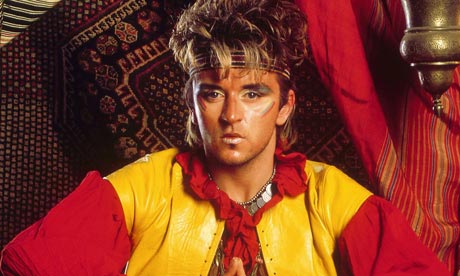 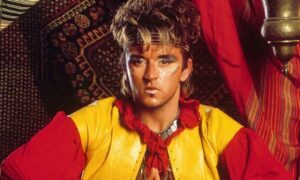 Steve Strange, one of the key faces of the new romantic movement, is rumoured to have died.

The Visage singer and stylist was also part of the 1977 punk scene and is thought to have died at the age of 55.

On 3rd December 2014 Strange was admitted to the Princess of Wales hospital in Bridgend with ‘breathing difficulties’ – he had previously battled heroin addiction and had suffered a nervous breakdown.

“After seeing a Sex Pistols concert at the Castle Cinema in Caerphilly in 1976, Harrington befriended the bass player Glen Matlock. He then arranged gigs for punk bands in his home town and befriended Jean-Jacques Burnel of The Stranglers before leaving for London where he worked for Malcolm McLaren[2] and formed a punk band called The Moors Murderers with Soo Catwoman. Further members included future Pretenders frontwoman Chrissie Hynde, future Psychedelic Furs drummer Vince Ely, future Clash drummer Topper Headon and the Kid (who was formerly in Adam and the Ants, as Mark Ryan). They recorded a song called “Free Hindley”. After a number of gigs, the band split up around early 1978.

Later in 1978, Harrington briefly joined the punk/new wave band The Photons (originally from Liverpool) as vocalist and co-songwriter at the behest of David Littler (ex The Spitfire Boys). The band were managed by Punk impresario Andy Czezowski.”

A new album, ‘Hearts and Knives’ was released in May 2013 (the first new Visage album in 29 years). In support of the album, the band made several live appearances in the UK and Europe in 2013.