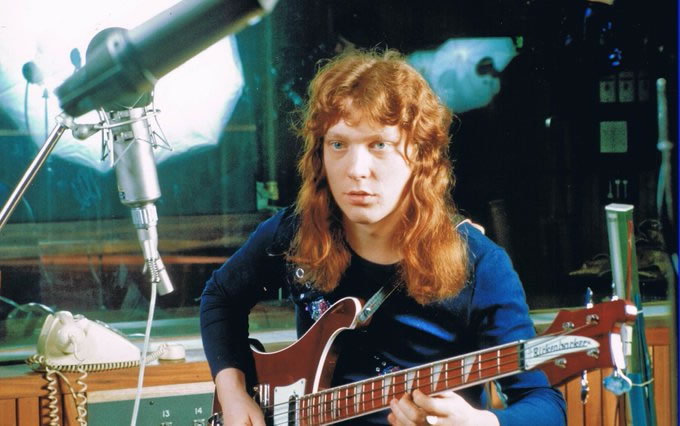 We have just heard that The Sweet guitarist Steve Priest has passed away at the age of 72. Steve had been touring as The Sweet Featuring Steve Priest.

In January 1968 Priest was invited to form a four-piece band with vocalist Brian Connolly, drummer Mick Tucker, and guitarist Frank Torpey. Torpey was replaced by Mick Stewart in 1969 with Andy Scott joining on guitar in August 1970.

Steve was known for his camp delivery – he was the one that sung ‘We haven’t got a clue what to do’ on their number 2 hit from 1973 Blockbuster. Andy Scott is also flying the flag with his version of The Sweet.

The band were hugely successful in the early ’70s with hits such as The Ballroom Blitz, Fox on The Run, Action, Teenage Rampage, Hellraiser, Blockbuster, The Six Teens, Love is Like Oxygen, Turn it Down, Wig-Wam Bam, Little Willy, Funny Funny, Poppa Joe, Co Co, Set me Free, Ac Dc, Peppermint Twist, Lost Angels, Fever of Love, The Lies in Your Eyes, Stairway To The Stars, California Nights, Call Me, It’s It’s The Sweet Mix, Sweet 2th and that’s just some of them …..

We’d like to extend our sincere condolences to Steve’s family and friends.