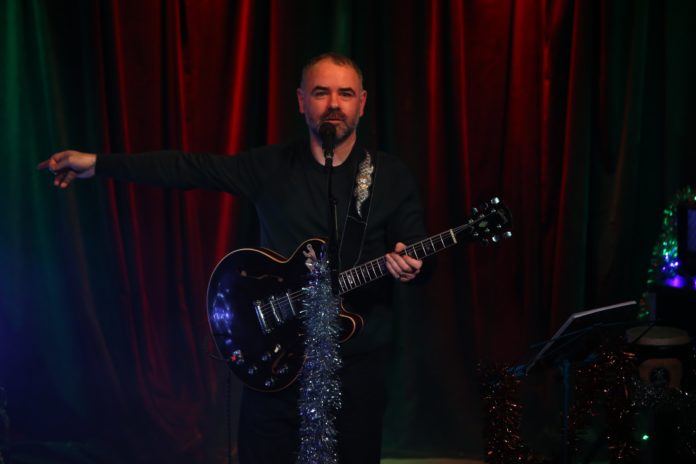 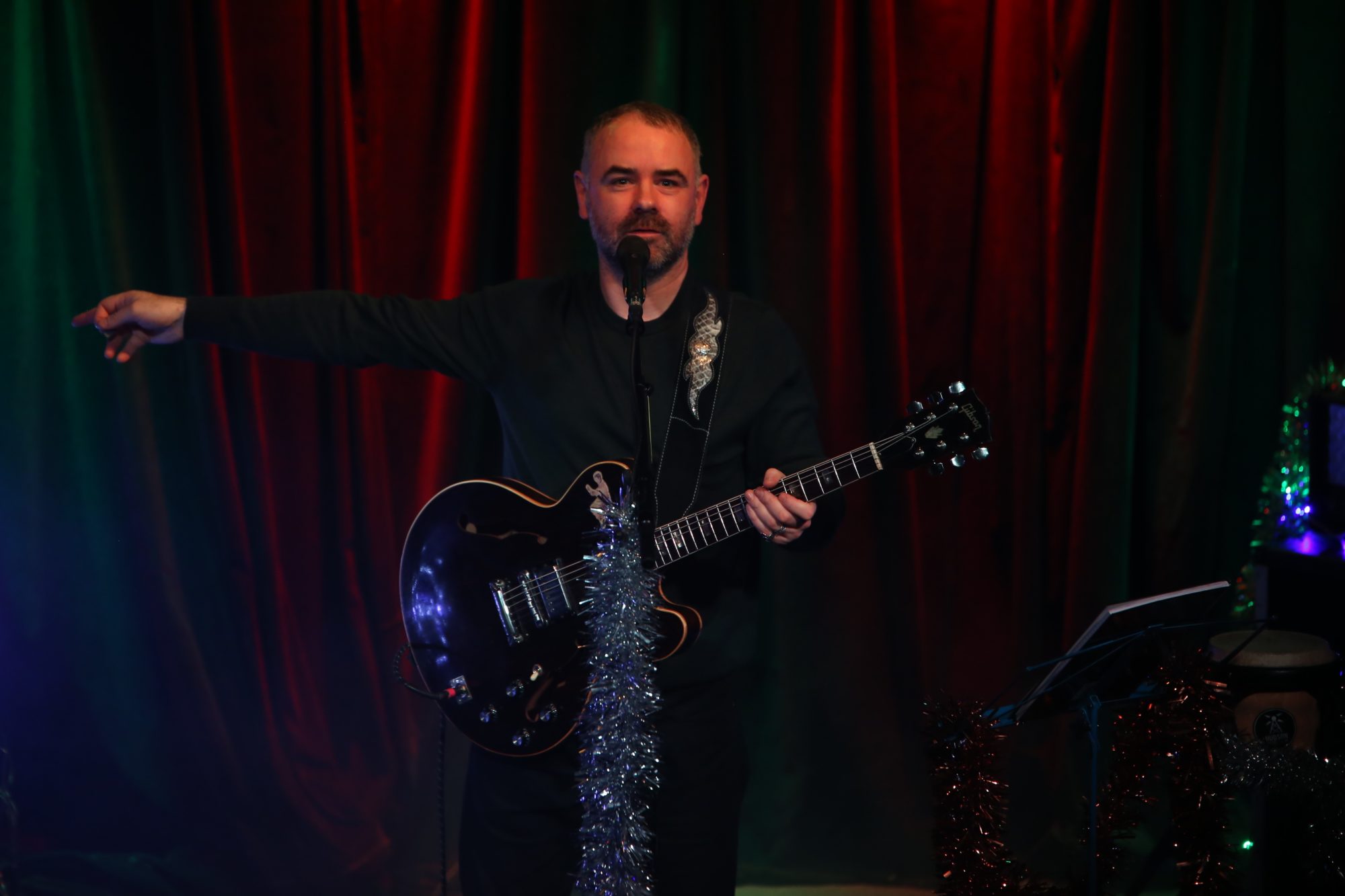 The last time Steve Mason played here a couple of middle-aged blokes had a pathetic scuffle, but this stripped down affair was a much more relaxed and fun night.

Mason often appears to be very intense figure, but tonight he was among friends playfully chatting to the crowd, and knocking out really minimal versions of some of his best tunes on this pre-Xmas tour date accompanied by just Darren Morris on keyboards, The pair were surrounded by lots of tinsel and Chrimbo lights that as the former Beta Band man wryly noted cost a grand total of £22 in B and Q.

The title track of his fourth album, About the Light, sets his stall out as that glorious voice soared while hammering away on an acoustic reminding everyone what as a fine guitarist he is. Planet Sizes is another gem when as Mason intones ‘the Universe is mine’ it seems to hint at a more content life as a husband and dad.

This was quite a laddish crowd with some guy shouting for a CD of an earlier gig, which Mason suggested would make a ‘great Christmas present’, before jokingly reporting it doesn’t actually exist.  In fairness, the dialogue (I’m not using ‘bantz’ as that only wankers use that term) between Mason and the crowd was very good natured, including an extended Q and A later in the set.

Switching to electric, Fox on the Rooftop was a swirling torrent of sound as Morris bashed away at his keys, and followed by the lovely Rocket as Mason introduced some beats, as his keyboardist gamely puffed away at a Melodica.

Not surprisingly the wonderfully poppy, and 6 Music favourite, Alive was a crowd pleaser – and remains one the best tracks of 2019. Mason has even been delving back into his Beta Band days – and why not as their first three EPs are genius – and he smashed Dr Baker turning it into a Zappa style wig out with lots of odd time changes, and lashings of psychedelia.

In contrast, A Lot of Love was a gorgeous gentle ballad, and Boys Outside was introduced with a great story where a woman at an earlier gig spent the night screaming ‘you’re a fucking genius’ into his face. She then produced a bag containing a dirty mug, a plate of ‘indeterminate origin’ and an A4 frame with a picture of a cat in a deckchair as presents for him. Mason still seems bemused.

The set closed with another Beta band classic, Dry the Rain, as the audience indulged in some middle-aged grooving to a song that is utterly timeless, and this stripped down version clearly meant a lot to each and every person in this room.

Mason came back on to test his theory that every song can be turned Christmassy just by adding sleigh bells as he launched into an utterly bonkers version of Anarchy in the UK. And, by jove, he is dead right…..more sleigh bells Baby.

Walking Away From Love closed out a funny and moving gig that was further proof if we needed it that Steve Mason is one of our great songwriters capable of switching effortlessly from melancholic to joy with consummate ease.