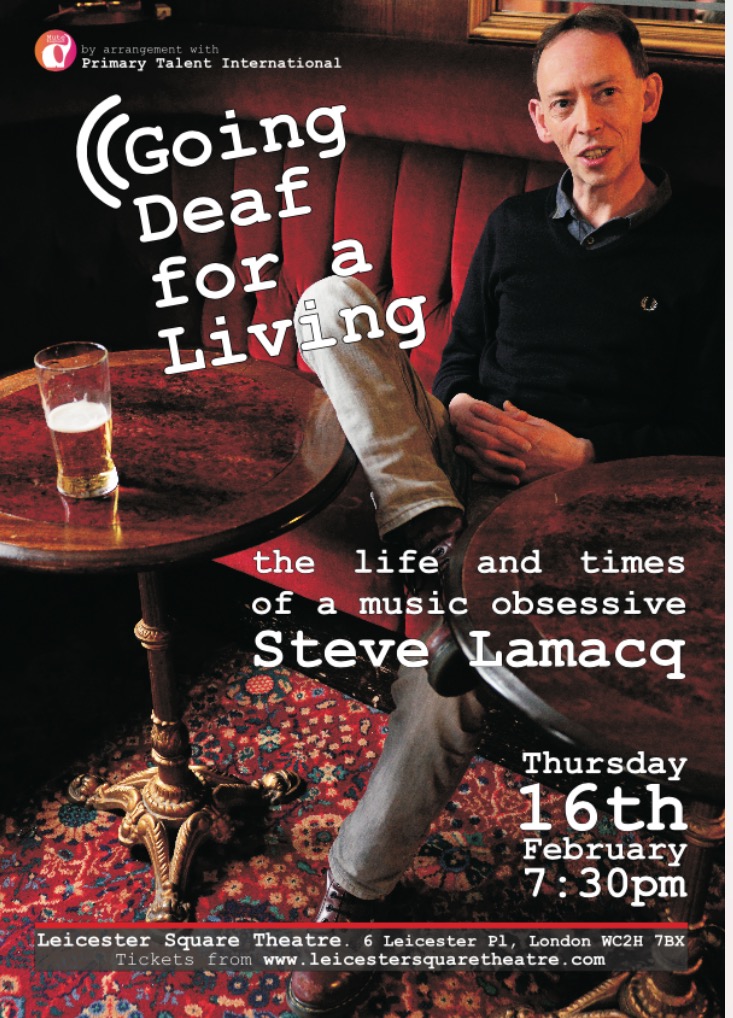 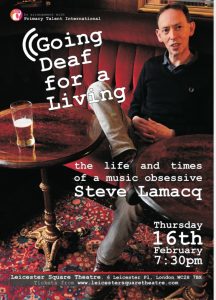 DJ and journalist Steve Lamacq celebrates 30 years in the music industry with a new, intimate one man -show of anecdotes and observations, clocked up over three decades of championing new music.

​Since swapping his fanzine for a job at the New Musical Express in 1987, the music obsessive has seen more than 5,000 gigs, banged on endlessly about music he’s found (as his friends and colleagues will dolefully testify) and occasionally been coerced into manning a one man band’s merch stand.

​But Going Deaf For A Living isn’t just his story; it’s a fond exploration of the life of all music fans from the first record you buy to the best gig you’ve ever seen; how bands you love will let you down; and how knowing the catalogue numbers of the Rough Trade label won’t necessarily win you friends at dinner parties.

​Expect frontline stories from his NME days (including the lunchtime spent interviewing Nirvana in a Shepherds Bush B&B in 1990) and about life at Radio 1 and BBC 6Music, where, over 20 years he’s booked sessions for numerous Next Big Things; interviewed Noel Gallagher 17 times; and, in 2013, was awarded the prestigious radio gong, the Sony Lifetime Achievement Award.