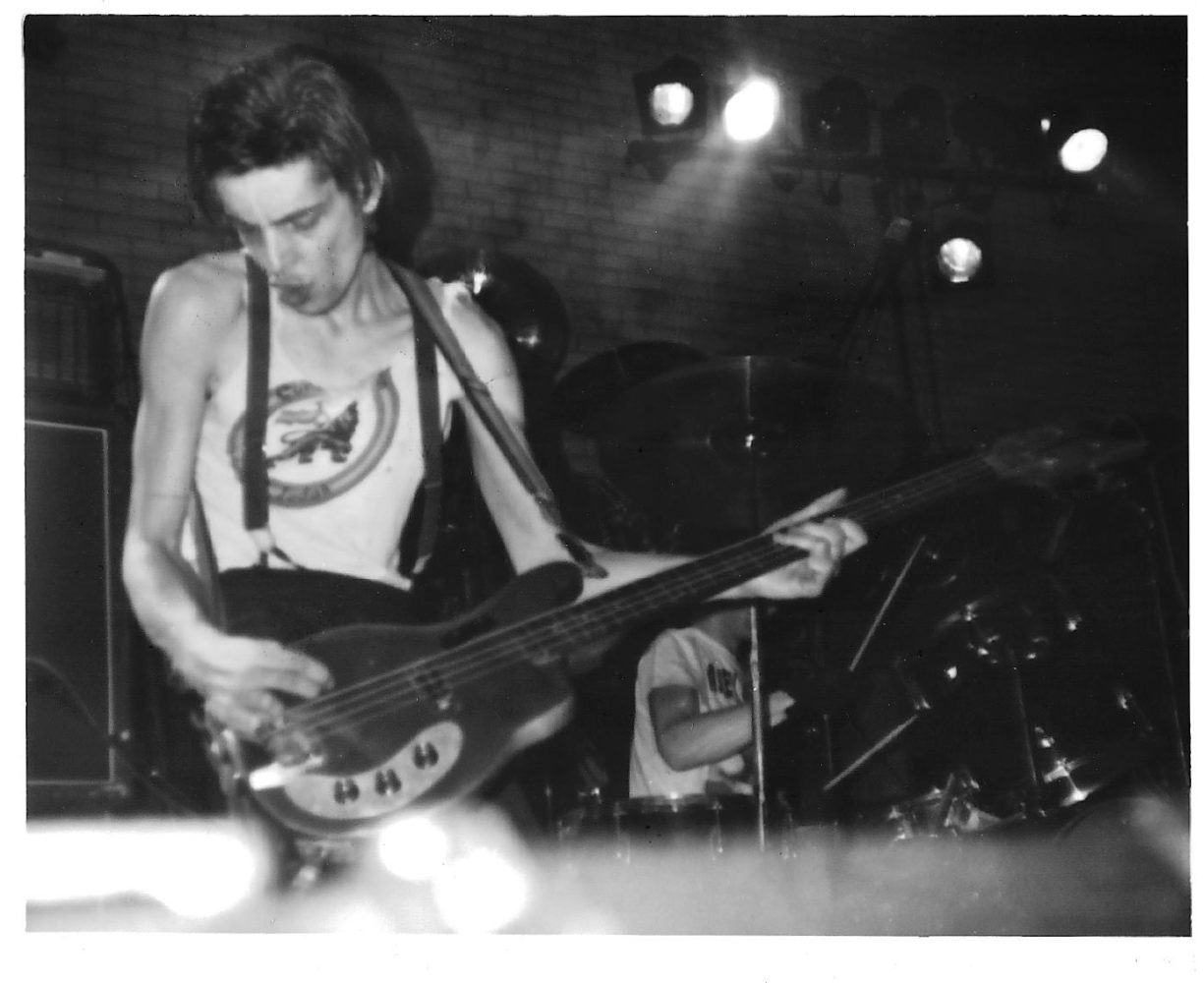 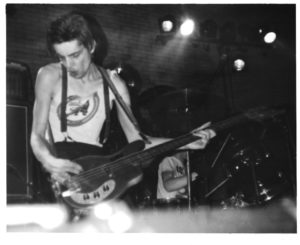 We are sorry to hear of the death of Steve Jameson, the extraordinary bassist from World Domination Enterprises.

The band arrived in the late eighties full of shrapnel guitars of former Here and Now member, Keith Dobson and those monster grooves of drummer Digger and that bass that sounded like no other. He really was an extraordinary player – a huge elastic groove underpinning the band’s heavy duty brilliance with a dub rumble and a funk grind added to a post punk intensity. Why the band never got any bigger and remain a highly influential cult band is one of God’s own mysteries but the small catalogue they left behind is an object example of the possibilities of noise rock if you add space and other influences like funk and early hip hop which can be best heard on their iconic track ‘Asbestos Lead Asbestos’.

The charismatic bassist had been part of that loose underground in the Ladbroke Grove area that sat somewhere between the urban geurilla hippy era and the punk and Post punk scenes – a micro world where everything is possible in arts, culture and society and on stage became at one with his bass – a skeletal, magnetic, towering figure locked into the heavy bottom end rumble that was so part and parcel of this key band’s sound