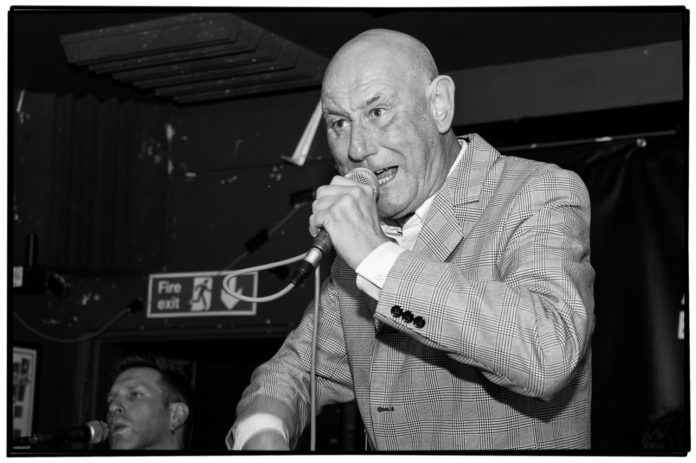 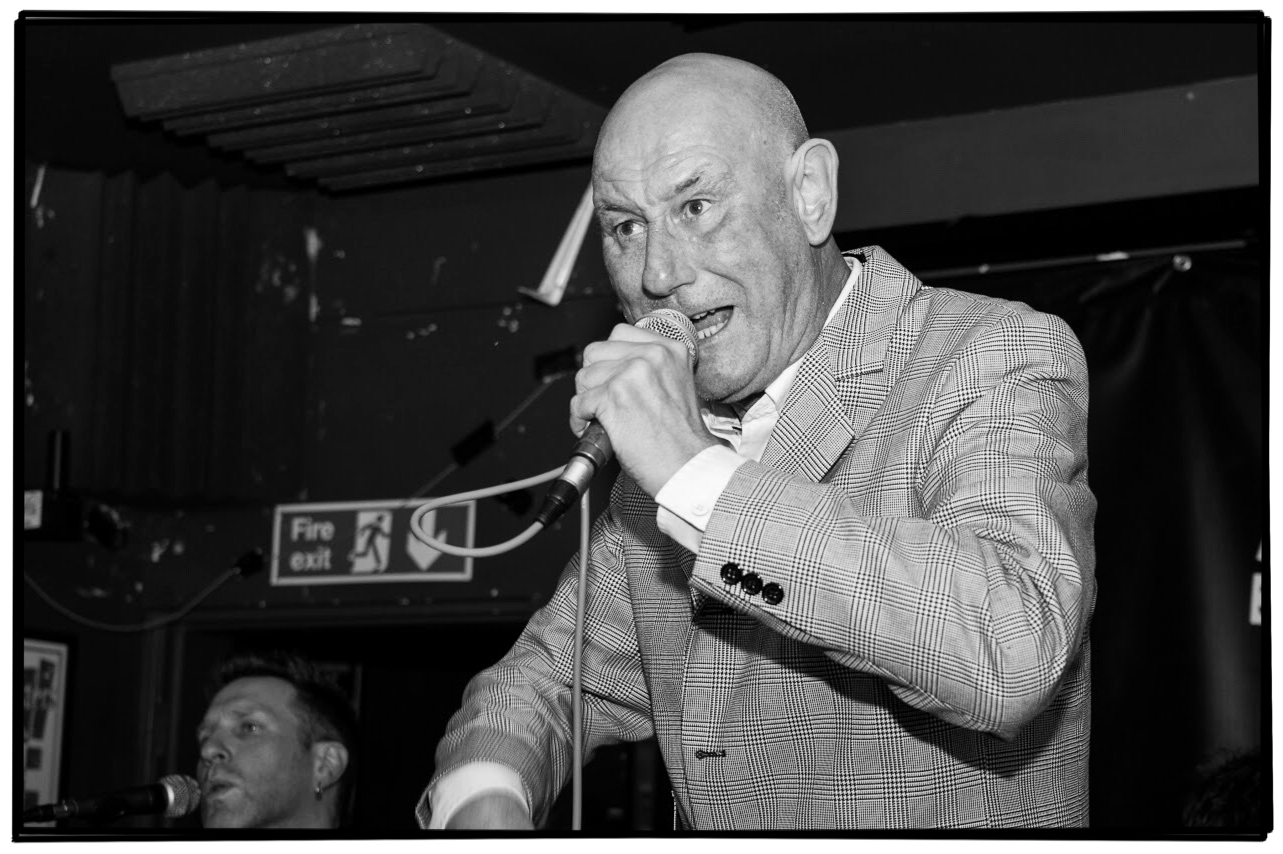 Steve Ignorant is back on the road with his new album Don’t Turn Away, joined by the two Pete’s and the charismatic Carol Hodge presenting Slice Of Life. And what better way to bridge the generation gap by having ARGH KiD as very special guest? They both piss from the same pot when it comes to clever lyrics and stage presence and it shows tonight. Wayne AF Carey takes to the streets of Northwich to witness a blinding fucker of a gig to remember… 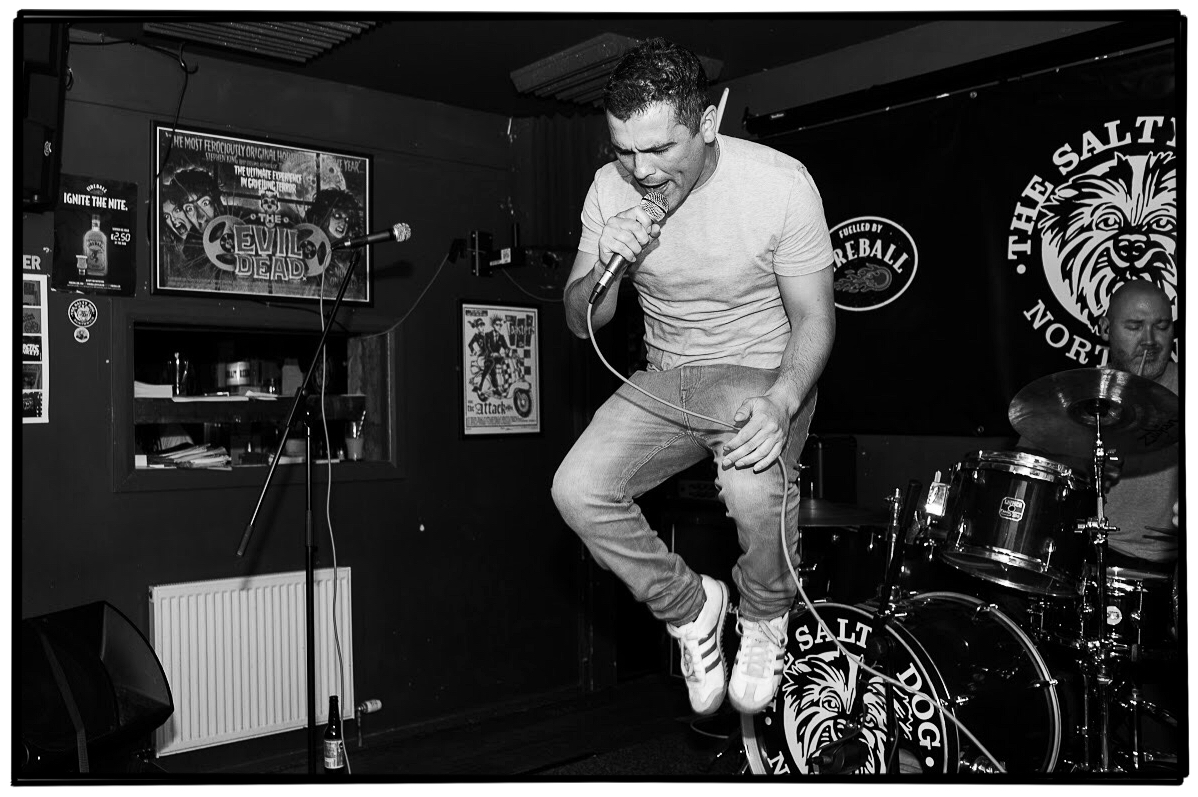 Dave Scott is growing in stature every time his band perform. Consisting of Ian Barber (Bass), Jim(Drums) and Hayley Youell (Vocals) they are the real deal. A punk as fuck intro thunders through the packed out sweaty Salty Dog as the crowd await an entrance from Dave who gives out the street banter from the start, stating this is his hat trick of gigs in Northwich and showing the love for this town since he shut down the local cinema last time he played here! I fuckin’ shit you not, I witnessed it!

They launch into debut single Frank and the crowd are having it as he bounds around the stage with energy and conviction like all great front people do. Hayley is introduced for the new song Tearaways which is a sublime cut of intelligent hip hop straight from the sound of Spike Lee soundtracks gone by. Her vocals are seductive enough to compare her to Rowetta and they totally cane it. Dave has everyone lifting there drinks in the air as they kick start the fuckin’ monster that is Reunion. One of the best tunes this year and the way he works the crowd by getting us all to repeat the chorus is genius stuff. A punk hip hop crossover that smacks you in the face with the stark tale of fatherhood gone astray. 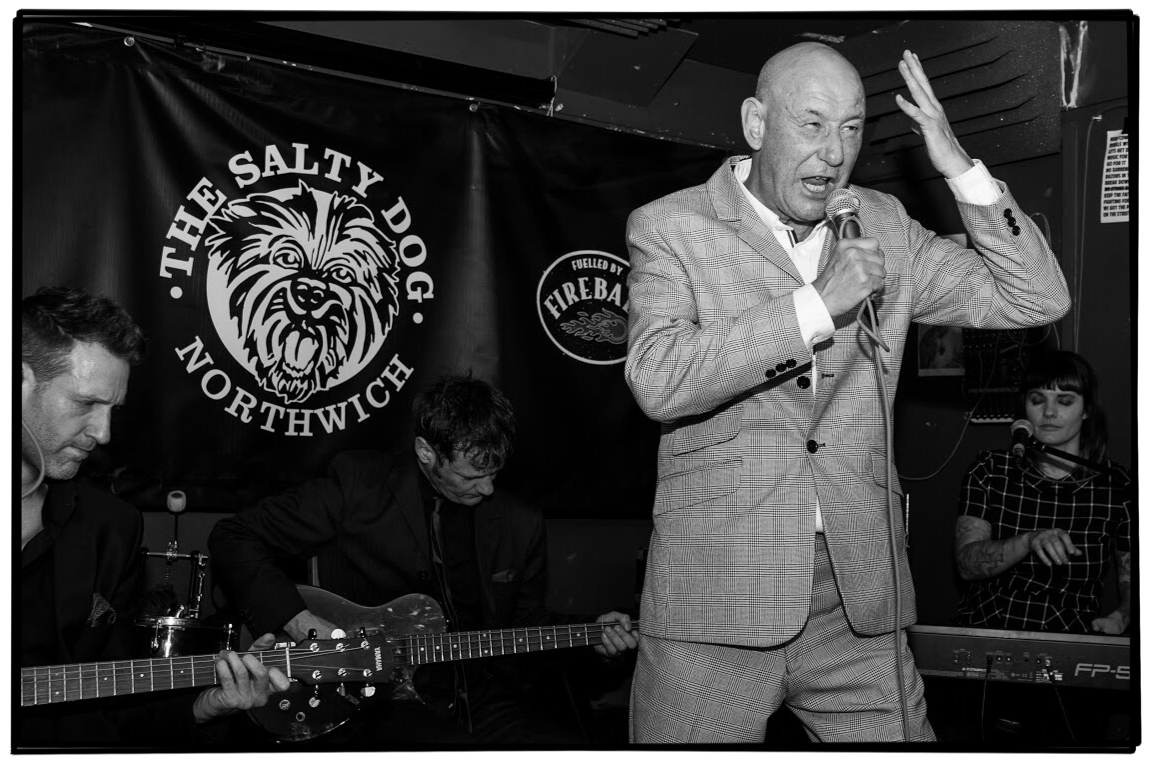 And then onto a different yet similar spectrum we have the Crass legend Steve Ignorant with his brilliant band Slice Of Life. Looking as dapper as usual suited and booted he takes to the stage to a warm welcome from the mixed crowd of young and old who appreciate his talent.

Unlike Crass, S.O.L write well crafted songs covering many subjects close to Steve’s heart and he lets this show with his animation. Love And A Lamp Post is quality as fuck and Steve go out all guns blazing with his sharp delivery of wit and story telling. SAD is just fuckin’ sad and sends shivers up your spine with the tale of people who suffer from this misunderstood affliction. Happy Hour, Don’t Turn Away and Chimneys are just classic as fuck, however one of my favourites tonight has to be London Boys. Delivered with style and funny as fuck.

Stretford Blue is another standout due to the brilliance of the band ans Steve’s conviction in delivery, as usual the violent yet subtle gesture that seep from his soul. That young punk delivery is still inside him from the early days. You just can’t take that away. Tracks new and old are played out and the crowd are entranced by the bands every move. To top it all off they blow everyone away with a Crass tune Banned From The Roxy just to give us a taste of what’s to come next year when Steve hits us in the face with a tour he never said he’d do.

A master class from both acts. From the young intensity of Dave Scott, to the experienced mind of Steve Ignorant we get a night of passion and performance from two stand out performers who know how to work a crowd with intelligence, humour and charm. Another gig to remember on all levels.

Photo credits: Sal_GigJunkie, Use of these images in any form without permission is illegal.