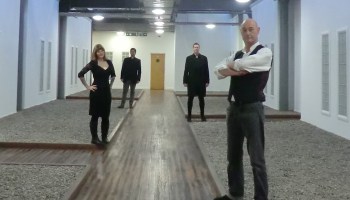 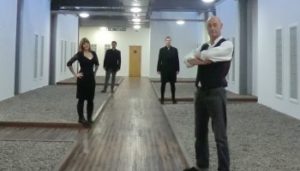 Former Crass frontman Steve Ignorant has been exploring new musical avenues with his Slice of Life project; having initially released the album ‘Love and a Lamp-post’ back in autumn 2015 to a surprised audience, he swiftly followed this up with the limited edition album Slice Of Life ‘Live at The Forum 2015’.

Slice of Life shocked everyone with their semi-acoustic arrangement of piano, guitar, bass, and Steve’s brutally honest lyrics delivered, at times spat out with unbridled contempt for a system that fails the people it vows to support.

On the way home from the Australian & New Zealand ‘Last Supper Tour’ in 2011; Carol, Pete and Steve Ignorant found themselves stranded due to the Chile ash cloud. During the long night gazing at the lights of Sydney reflecting on life while drinking beers, Slice Of Life was born. They performed their first gig in The Horseshoe Inn at Wellingborough on the 25th October 2013 and never looked back.

Slice of Life have now announced the forthcoming ‘Just Another’ EP which will be released via Harbinger Sound Records , the 3 track EP will feature;

Side A
Stretford Blues

Side B
Slaughterhouse
S.A.D.

To support the release Slice of Life have announced the Windswept & Interesting tour which commences on the 7th April at the legendary 100 Club, London – advance tickets for all venues are on sale now. 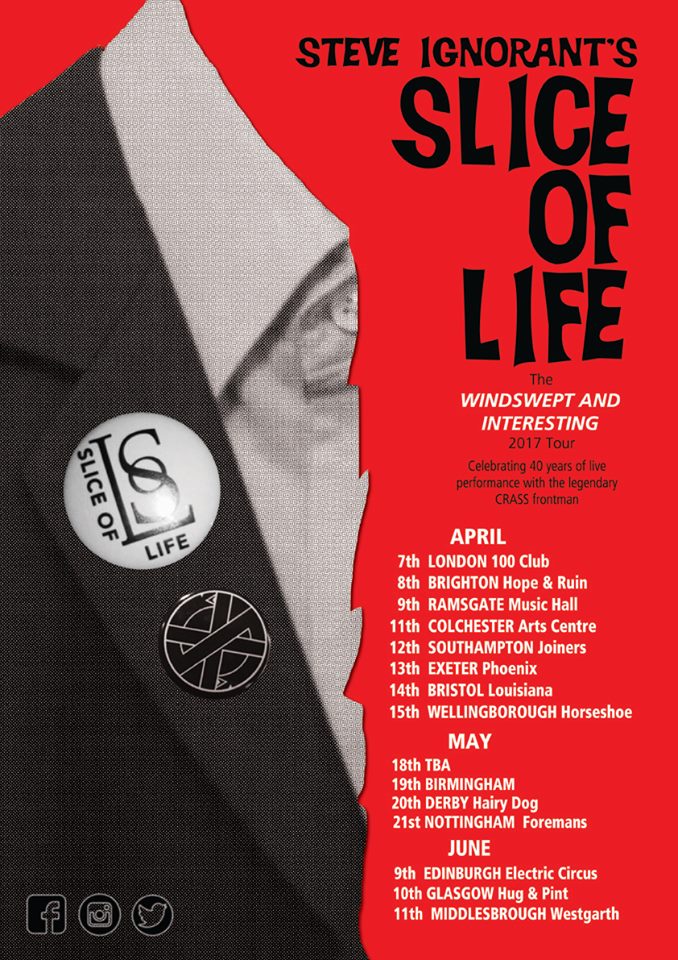