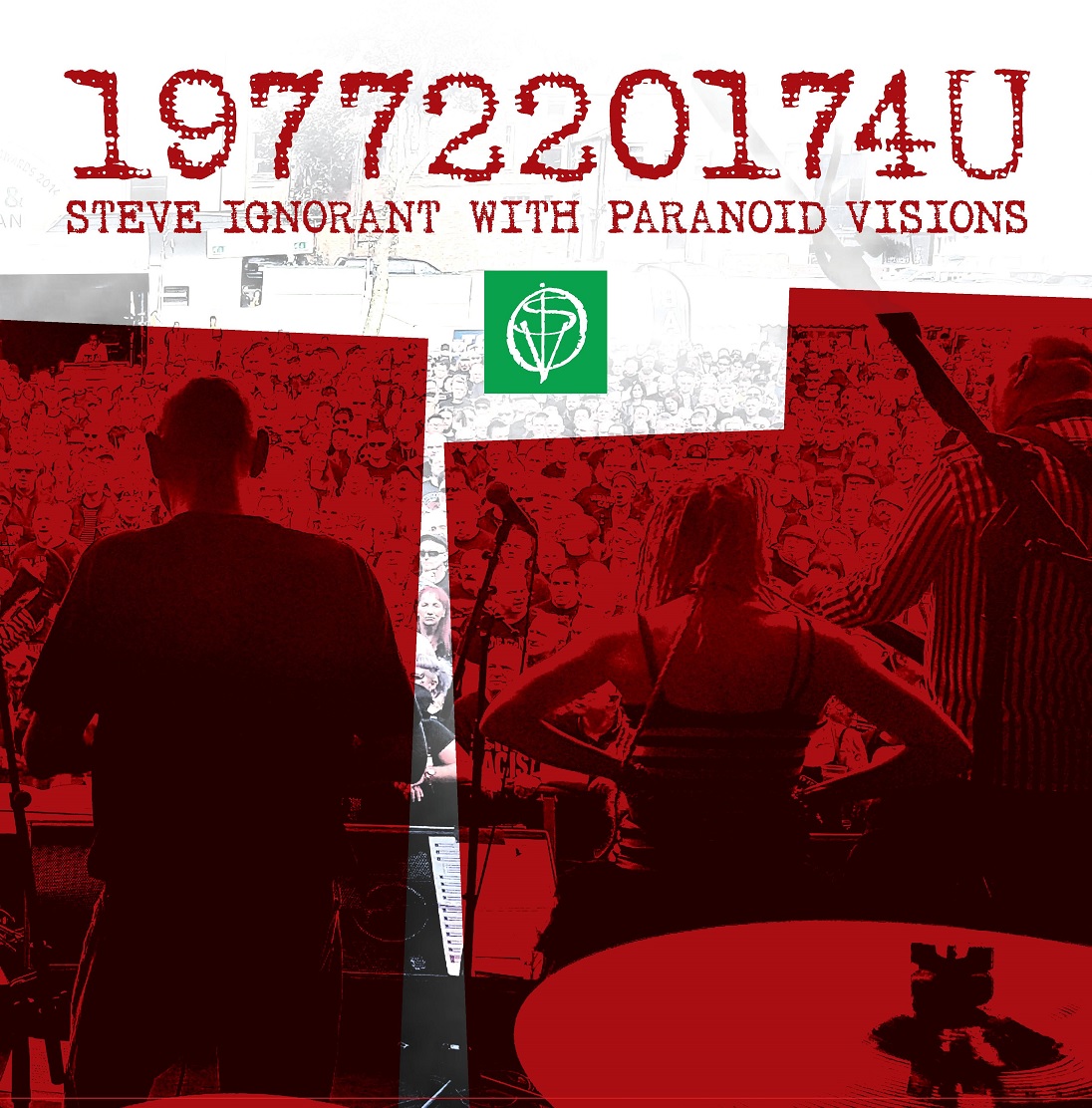 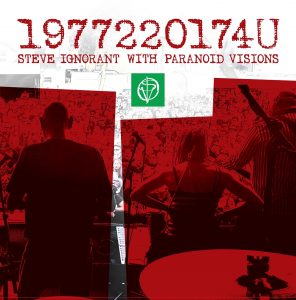 Steve Ignorant & Paranoid Visions provided one of the stand-out sets at the Rebellion Festival 2017; together, they appeared on the outdoor Casbah Stage in front of a capacity crowd…thankfully someone had the wherewith all to record the entire set!

That bootleg set was presented to Paranoid Visions, then mastered by Harvey Birrel and will be released as ‘1977220174U’ as a numbered limited edition of just 500 copies pressed on red vinyl, complete with insert and download code.

The band released the following statement regarding the forthcoming release: After much deliberation, rehearsal and nerves… Steve Ignorant and Paranoid Visions decided to celebrate Steve’s 40 years in the music industry with a special show at the Rebellion Festival, Blackpool, United Kingdom at 5.15pm August 5th 2017 on the 3000 capacity outdoor stage known as the Casbah. The set was regarded as one of the festivals highlights and the atmosphere, spirit of celebration and general love in the air was something that took everyone by surprise.

Included in the set for the first time officially in many years was material from Crass, mixed with Stratford Mercenaries, Conflict, Dirt, Poison Girls, Flux of Pink Indians and the bands own material nestling together showing a 40 year spread of material Steve has been associated with.. or just adored!

As luck would have it, somebody bootlegged the entire set, and as even more luck would have it the sound captured was fantastic and really captured the feeling of being right there at the show… at the front… which is exactly where he was. Even more luck strikes when Crass collaborator and the man behind the re-masters of the Crass albums volunteered to spend many hours improving the sound.

Advance orders are being taken now, (€26.50 inc worldwide shipping); over 3/5th’s of the stock has already sold ahead of the early January 2018 release date. To secure a copy head to the Advance Records Shop. 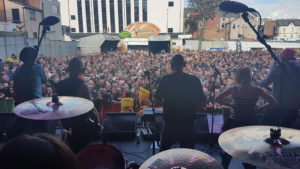 INTRO
DO THEY OWE US A LIVING
SECURICOR
JOIN THE DOTS
BANNED FROM THE ROXY
HIROSHIMA
WHERE IS LOVE?
CHARITY BEGINS AT HOME
SO WHAT?
WHAT A SHAME
BERKSHIRE CUNT
NO MORE RUNNING
BRAINDANCE
BIG A LITTLE A
TUBE DISASTERS