Home Blogs Steve Ignorant gives us his top 5 favourite books ahead of his... 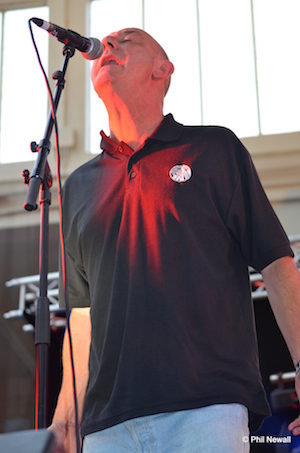 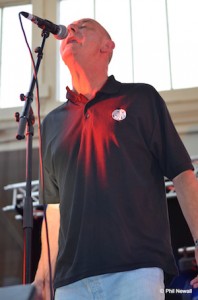 Steve Ignorant gives us his top 5 favourite books ahead of his big London gig with Membranes, Cravats & Wolfhounds on 5th October at Islington Assembly Hall

Kes by Barry Hines – this was the book that made me feel I wasn’t alone in the world. Like hundreds of other kids who read the book I felt it was written about me at that time. Barry Hines writes some beautiful passages in Kes certainly when Billy is excercising his Kestrel and when the Kestrel has disappeared he describes the desperation of Billy searching in the rain so well that it breaks your heart. Fantastic book.
Billy Liar by Keith Waterhouse – I read this when I was in my teens just about to leave school and get a job. The fantasy world that Billy Fisher invents for himself is exactly what I used to do to escape the drudgery of a sterile life in the suburbs which had been mapped out for me.
Brighton Rock by Graham Greene – I read this when I was about 19/20 years old and I’d never read a book that affected me with its atmosphere so much. It’s like when you have a dream and that dream stays with you for days. Ever since I read it I’ve tried to write a song with lyrics that would have that effect on other people –I’ve come close but not managed it yet. Also what struck me about the book was Greene’s brilliant use of punctuation – he knows just where to put a semi colon instead of a comma. A masterpiece.
The Rape Of The Fair Country by Alexander Cordell – I discovered this book maybe 20 years ago and I’ve read it hundreds of times. If you’re going to read it yourself have the tissues ready as it’s so moving. It’s about the Welsh iron workers in the eighteen hundreds and the poverty and oppression they suffered at the hand of the iron masters. Although Cordell wasn’t Welsh he captures the language and the characteristics of the Welsh people beautifully. As you read it you can hear each voice of every character in the book. I can’t recommend it enough.
Mayhew’s London (London Labour and the London Poor) by Henry Mayhew – this is a book I dip into every so often rather than delving into Charles Dickens. Henry Mayhew went onto the streets of London in the late eighteen hundreds and interviewed people that he met. From watercress sellers to coster mongers to Punch & Judy show men. I just love sitting and reading those interviews. It lets you into a world that’s gone forever and I love the slang that was around at that timi>e. Definitely a book for a cold winter’s night, a roaring fire and a roll up. Smashing.