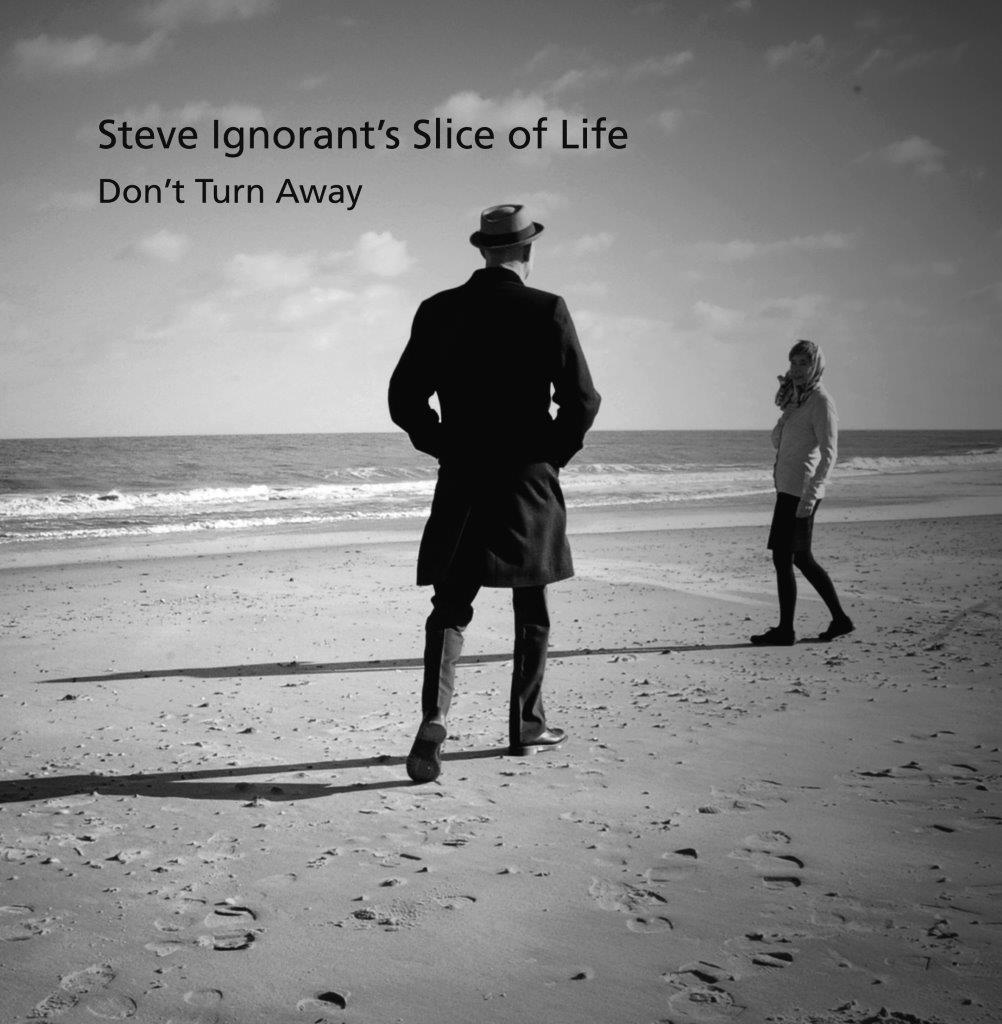 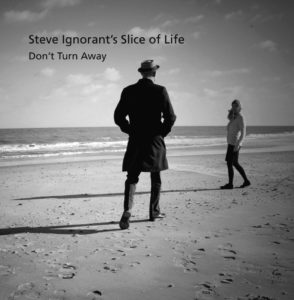 The eagerly anticipated follow up to the Slice Of Life 2014 debut ‘Love And A Lamp-post’ sees Steve Ignorant grow in confidence and produce an album with as much bite as anything he released under any of the Crass, Stratford Mercenaries, Schwartzeneggar or Conflict monikers.

Slice Of Life is a vast sea change from any of Ignorant’s previous musical offerings; the music is built upon an acoustic arrangement of piano (Carol Hodge), guitar (Pete Wilson) and bass (Pete Rawlinson), which provide the platform for Ignorant’s poignant lyrics that address current issues surrounding depression, individuality, and personal loss.

‘Don’t Turn Away’ is an utterly engaging album that should be listened to as an entire piece; from the opening title track that relies upon Hodge’s piano as it brings warmth to the arrangement, complimented by subtle backing vocals which are in stark contrast to Ignorant’s heavily accented cockney slur that weirdly reminded me of Bowie at times. Ignorant delivers his lyric with utter conviction, almost barking “truth finds a way” his accent almost creating its own musicality as he enunciates particular words and phrases.

Similarly, with ‘Your Day Will Come’ which Hodge again gently colours, whilst Rawlinson’s bass subtly propels the track forward into a jazz tinged piano breakdown. ‘The Right Way’ is a genuinely beautiful and emotive piece, the unambiguous punch of the lyric the perfect contrast as the music carries you on into the dramatic ‘S.A.D’ where the Bowie phrasing is most noticeable as Steve forces you to consider feelings of depression, despair and loss amongst a haunting piano refrain.

‘Slaughterhouse’ is strikingly different, almost jaunty in its delivery and with the nearest thing to a sing-a-long within the entire album, the anti-religious sentiment under-pinned by Hodges piano. As befits the title ‘Diffrability’ forges its own path, the pace is gently increased, the interplay between the bass, piano and with some subtle guitar work makes this is a stand out piece perfect for Ignorant’s “I’m proud that I’m different. Glad I’m not so uniform. Proud that I’m Ignorant. Glad that I’m not of your norm.” snarl.

‘Stretford Blue’ takes a swipe at the punks who allowed themselves to morph into all they initially railed against, the version here is a re-mix of the track which first appeared on the 2015 album ‘Live At The Forum’ and was then released in summer 2017 as part of the ‘Just Another’ EP.

‘Good Intentions’ begins like a basic 50’s rock ‘n’ roll number, it really does sound like Sha Na Na performing ‘Born To Hand Jive’ in ‘Grease’ but with Dick Van Dyke voicing the debate about the roles and relations of men and women in todays society, yet it works.

Slice Of Life have crafted a balanced and emotionally charged collection of songs, songs that effortlessly display the collective strengths of the band members; whilst being essentially acoustic the material is peppered with tension, and dark melodies that frame the direct lyric reflecting the maturity of the performers and Ignorant’s observation of the world around him.

I have played these songs repeatedly, they demand your attention, follow the narrative and reap the rewards of this potent release.

Order ‘Don’t Turn Away’ direct from Slice Of Life