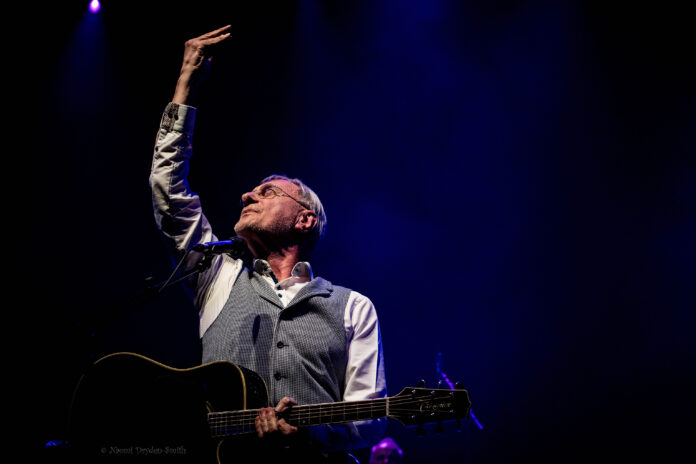 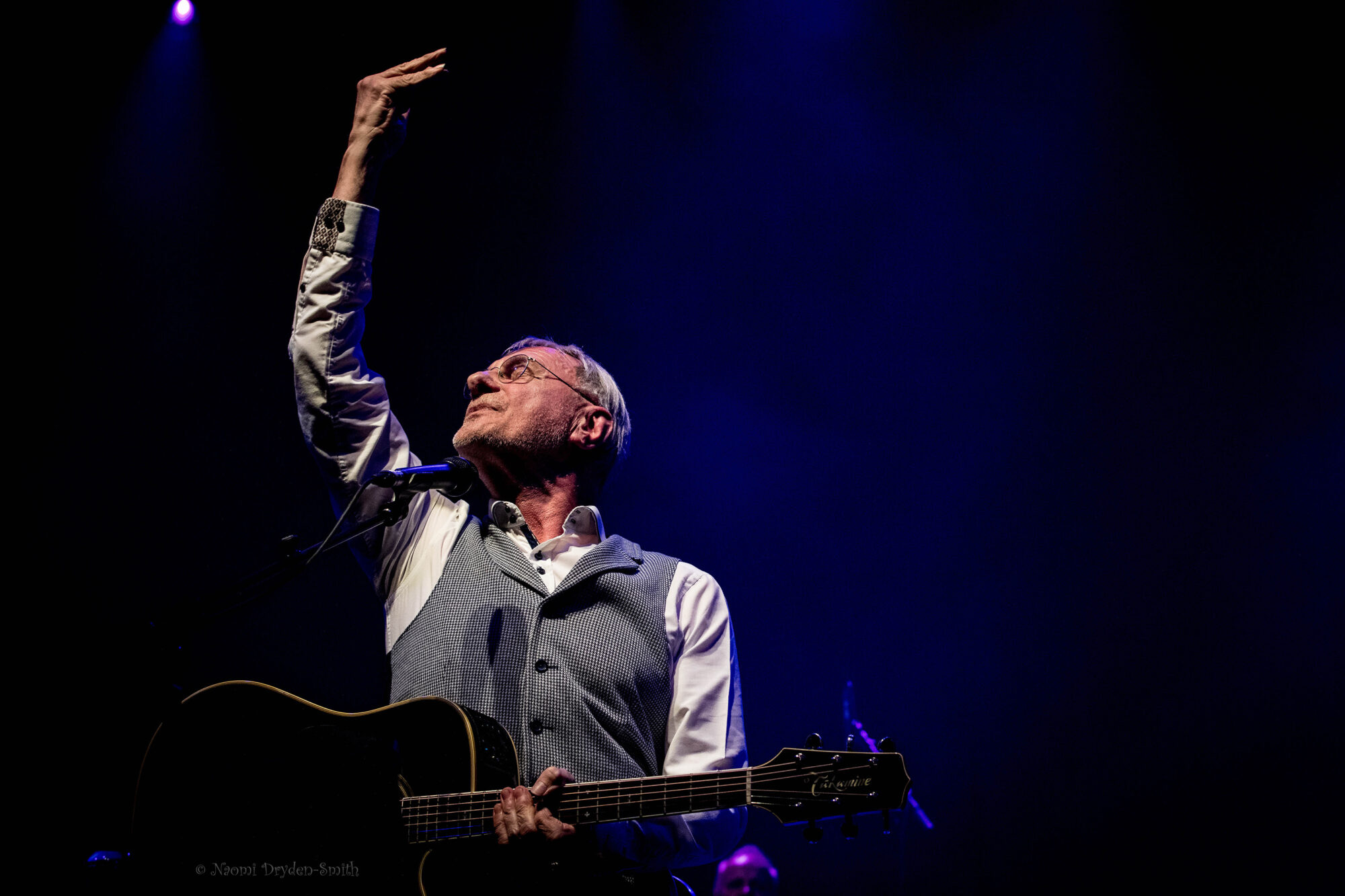 Festive spirit was in the air, but then again, so was the omicron variant and the fear of getting the ‘rona for Christmas, so the audience was somewhat thin on the ground for Steve Harley and Cockney Rebel’s visit to Bath on Friday night. Those who were present were thoroughly entertained and most appreciative.

Most of the time, the appreciation cut both ways. Opening with How Good It Feels (“You don’t know how good it feels to be here with you,”) felt like the ultimate hand of friendship. The first of many audience singalongs in the song’s refrain fostered an immediate sense of togetherness. At the other end of proceedings, before their encore, Steve went all Vinny Jones in Lock, Stock and Two Smoking Barrels to tell us, “It’s been emotional” – only without Jones’ irony – going on to wish us all “Great, good health and a merry Christmas.” 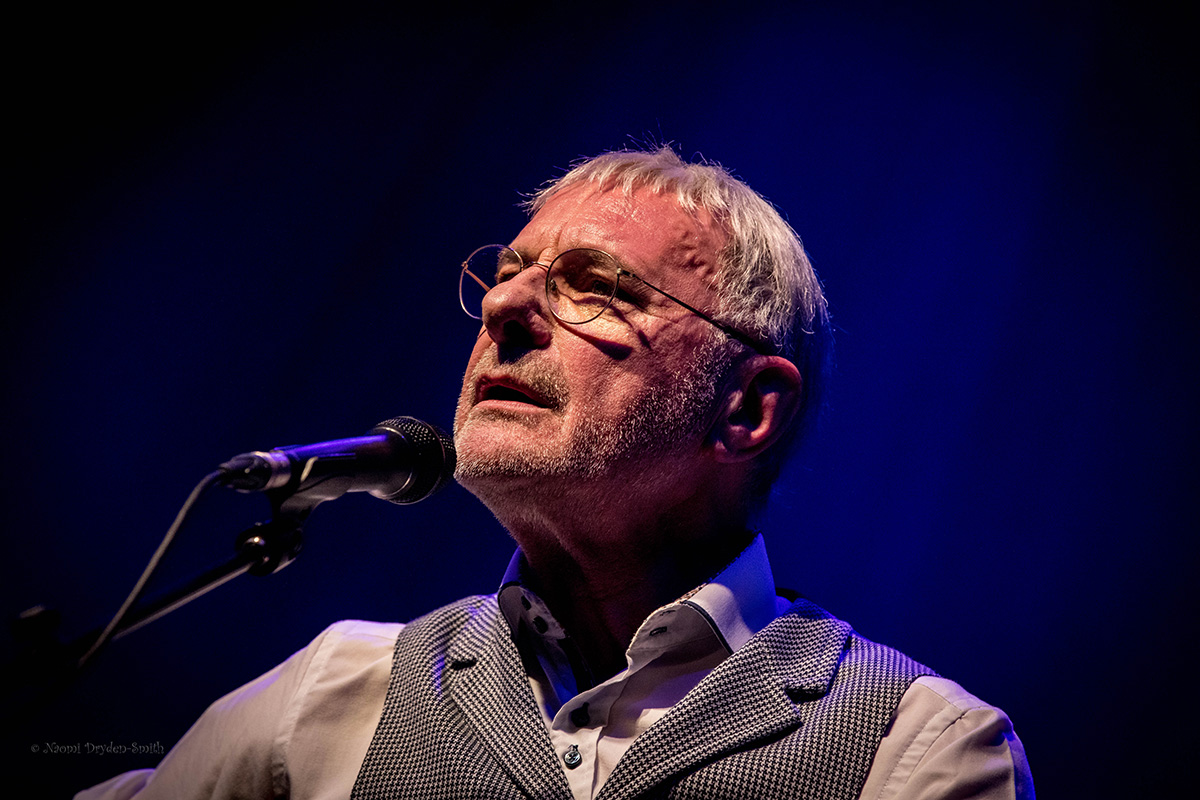 Anyone who’s seen Steve Harley before, though, will know that despite his surname being ‘Nice’, he can at times be confrontational, adopting the precise persona that is supposed to be applied to his backing band. Anti-vaxxers and phone wankers took both smoking barrels of gruff disapproval. The Paddington Bear hard stare that he gave the man in the front row who was faffing with his LED-lit device in the dark, (“Put it away… You’re too old to need a babysitter,”) was reminiscent of Mr Baxter dealing with a recalcitrant Tucker Jenkins in the golden era of Grange Hill.

So, the very man who sang Mr Soft can seem anything but that from his more adversarial moments. The subtlety of the tracks, however, the theatrical nuances of his live performance and the extended and emotive personal anecdotes that he shares in between songs provide substantial counterweight to any thoughts that he’s The Grinch or Ebeneezer Scrooge. If he ran the Queen Vic in Albert Square, you could be sure that the only people he’d throw out of his pub would be the bloody irritating people who thoroughly deserved it. 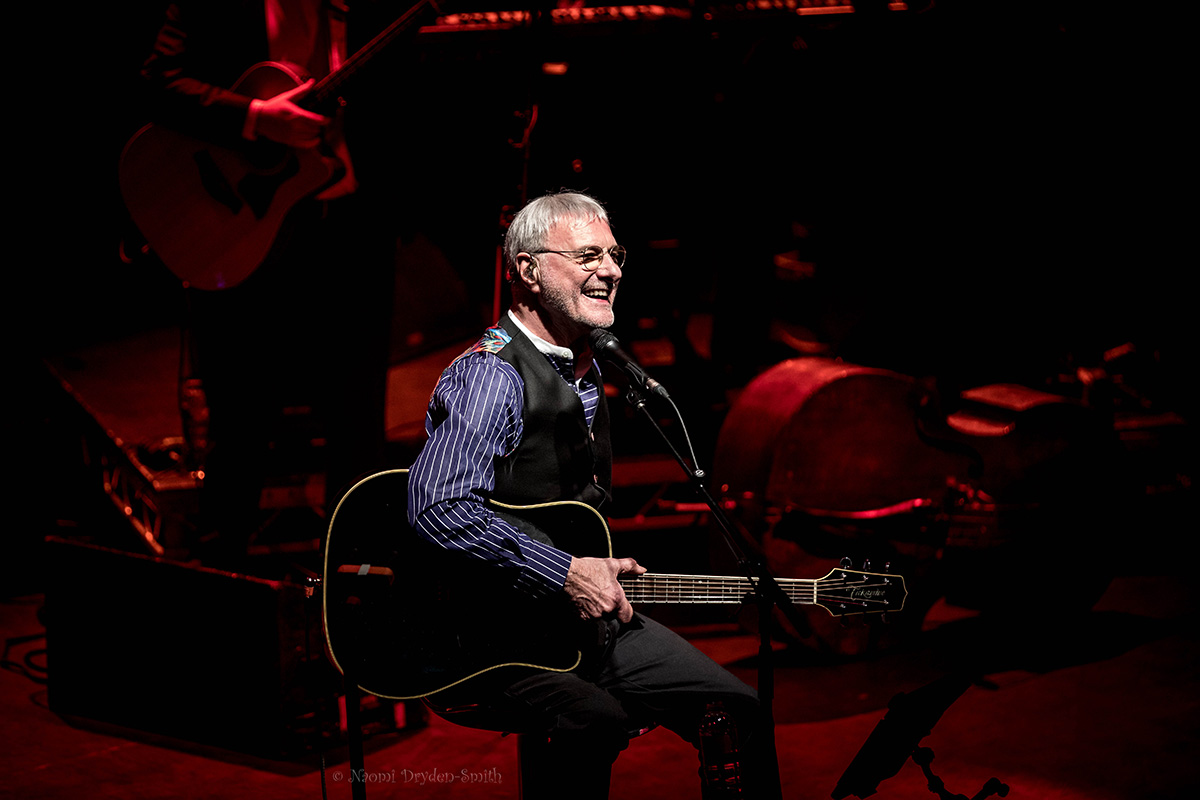 There can barely be a Steve Harley setlist without Sebastian. This was paired up with Tumbling Down to conclude the second half of the show. Both have dramatic narratives in their own right and benefitted hugely from Harley’s qualities as an actor as well as a frontman. We were told, “I don’t do showbiz; what you see is what you get,” straight after Sebastian. He said it more in context of his ‘warts and all’, uber-honest, zero-schmooze approach to gigging, but there was some irony near the end of a couple of hours where he had thoroughly embodied a mastery of the business of show.

You’d hope that people who had played together for years would sound as tight as these gents did on Friday night, but it’s still a joy to hear instrumental mastery all-round, especially in solos from Barry Wickens on violin, James Lascelles on keyboards and Robbie Gladwell on lead guitar. The extended instrumental section of Riding The Waves brought Lascelles’ skills to the fore, as well as providing a soaring conclusion to the first half of the show. If there’s a BBC series that requires a soundtrack or an outro in 2022 – look no further. Wickens frequently took centre stage, receiving an especially enraptured bromance stare from his bandleader during The Lighthouse. 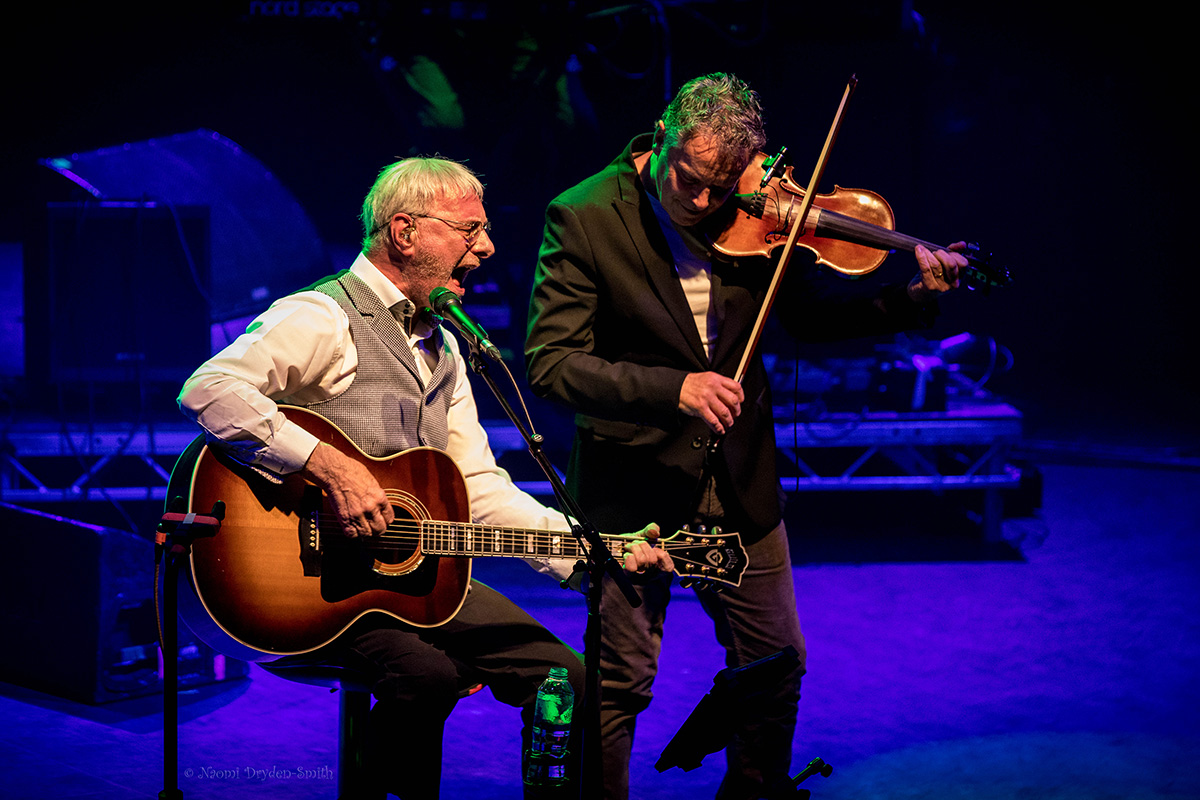 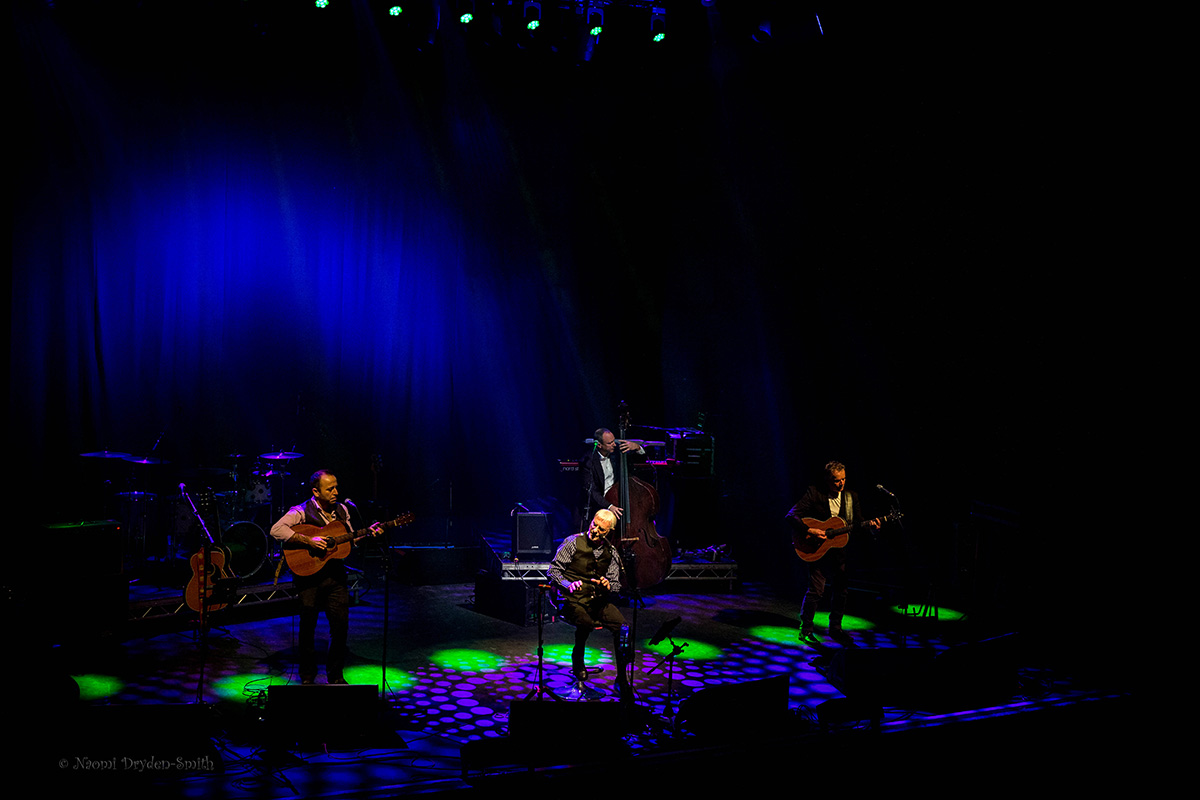 It was only at song twenty-one (the encore involving their most renowned hit) that the crowd got on its feet and danced. Perhaps The Komedia in Bath or Frome’s Cheese and Grain would have been venues more suited for this show (with capacity for standing), but these are factors beyond the performers’ control. Despite the global and national shortages of peace on Earth and goodwill amongst mankind, Steve Harley and Cockney Rebel came down to the South West, saw us and made us smile. 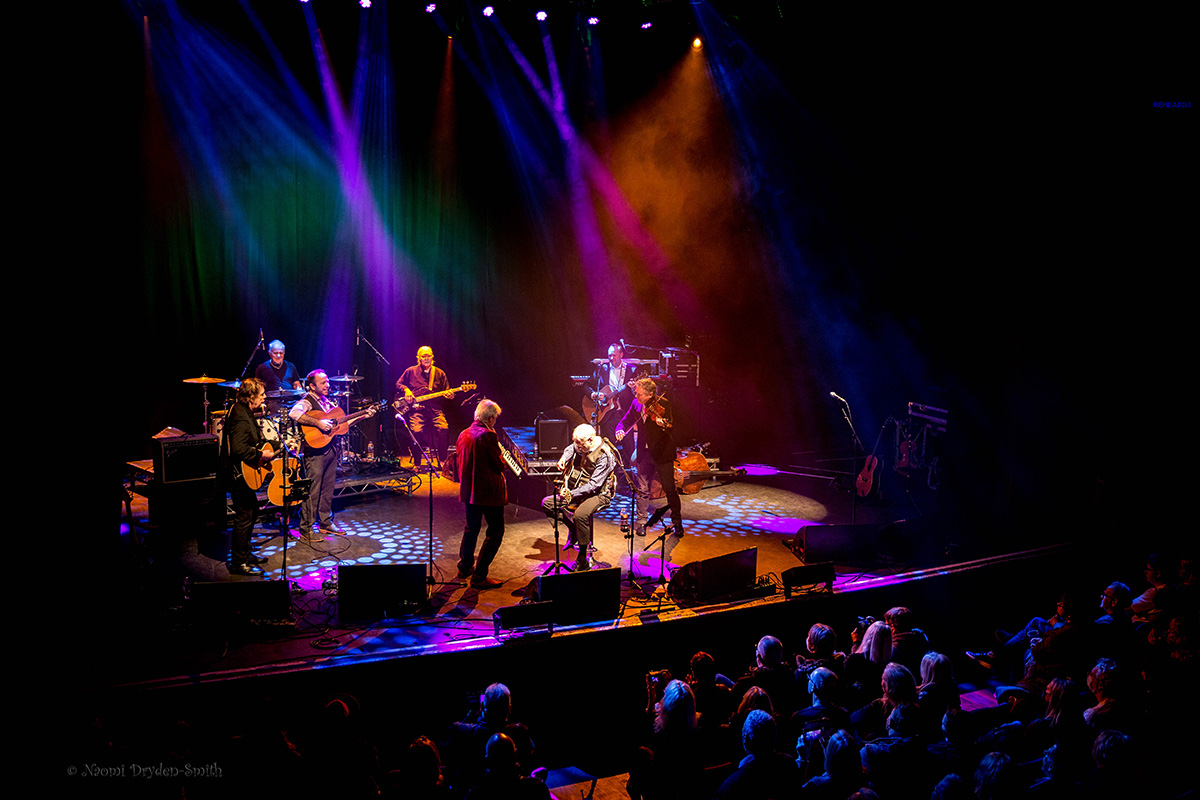