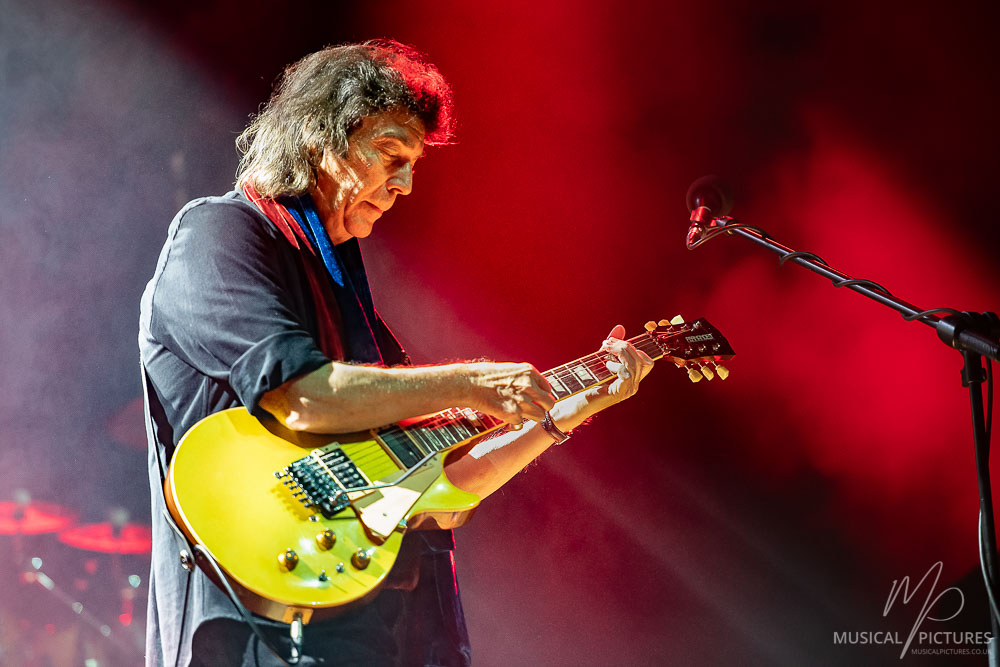 Phil Collins, Mike Rutherford and Tony Banks are touring their Last Domino show in the UK through September and October. Whilst this last hurrah has picked up much press attention, another extensive (and much Covid delayed) tour of Genesis music is taking place at the same time in the form of Steve Hackett’s Genesis Revisited.

Hackett, who left the band in 1977 keeps the earlier music of the band alive in a way that the official version of Genesis sadly doesn’t.

The latest tour by Steve and his band will see them play the whole of the iconic live album Seconds Out, the final Genesis record upon which Hackett appeared. Fans can expect material from earlier albums including the 23-minute opus Supper’s Ready and the classic The Cinema Show, complete with its extended instrumental ending.

Seconds Out also contains much of the later work of the band as a four-piece; post the departure of Peter Gabriel but prior to Hackett’s leaving.

For many Genesis fans, Seconds Out and the music it features, represents the very best the band had to offer. Catching it being performed by Steve Hackett and his band of supremely accomplished musicians is an opportunity they really ought not to miss.

Further details and associated links for tickets can be found on Steve Hackett’s website.