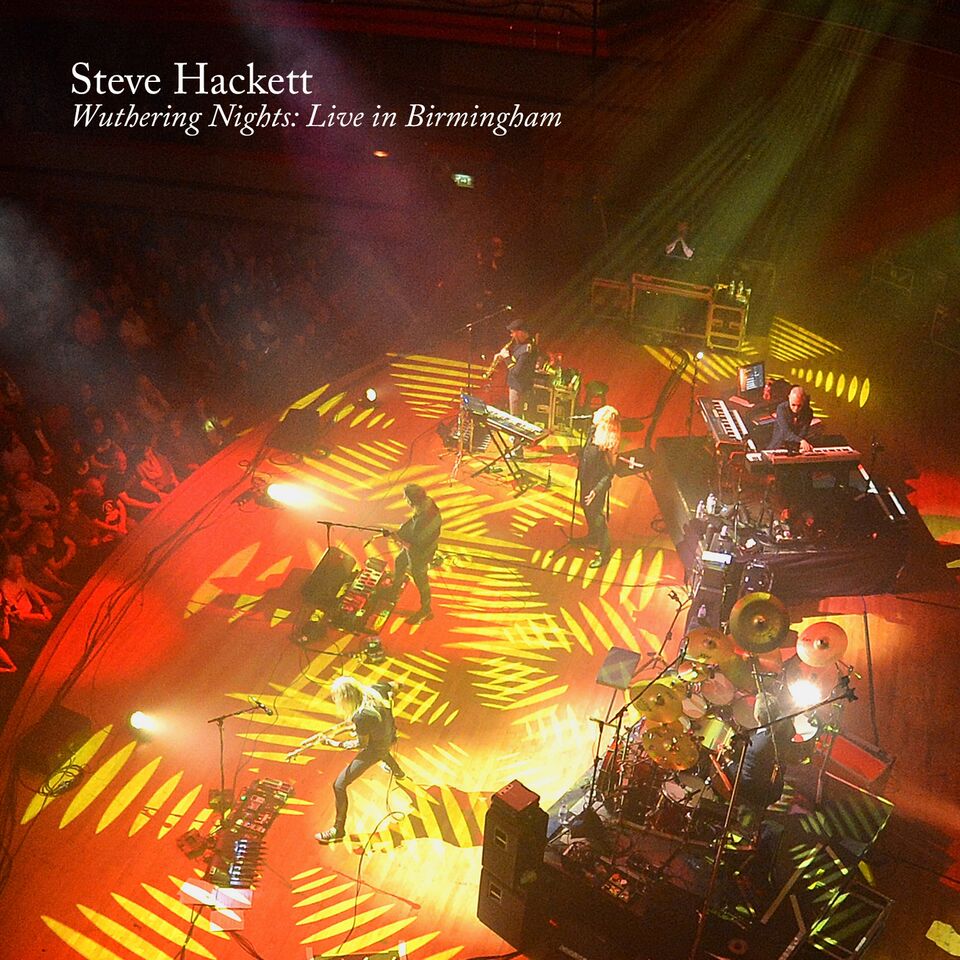 An audio visual record of the 2017 Steve Hackett tour that celebrated, in part, the fortieth anniversary of Genesis’ Wind & Wuthering album. The last Genesis studio album in which he was involved and one which still stands proud in his legacy. There was also the small matter of a new solo album too…

Steve Hackett has been sailing the Genesis ship for four years now and to be fair, flying the flag with a purpose and doing the legacy justice. Perhaps the man to take up the mantle of the real keeper of the flame. And to be fair, although the initial forays into the Genesis Revisted brand focussed exclusively on his part in showcasing the Genesis catalogue with some integrity, life has gone on, he’s continued to work his solo career and similarly continued to evolve the show.

While Hammersmith, the Royal Albert Hall, Liverpool have been the scenes of previous live records, the 2017 show, recorded and filmed at Birmingham Symphony Hall is the latest in a series that’s charted the ongoing success of that Genesis Revisited / Extended brand. Taking up the inspiration for some of the windy and wuthering-y music from ’77, Steve even visited Bronte country in a (planned?) gap in the tour schedule.

But back to the plot…A show of two halves found Hackett and what must now be regarded as his pretty crack band, with whom he’s played form a number of years (someone can do the actual maths and take into account the revolving door policy in the bass slot) with a new album to promote. A focus on the new The Night Siren, represented by the drama of the instrumental tour de force of El Nino plus a couple of the stronger moments including Behind The Smoke, was accompanied by a hand picked selection from the solo legacy. Good to hear Serpentine Song with brother John getting up with his flute and also a dramatic Rise Again getting plucked from the archives.

The roof shattering Shadow Of The Hierophant from his first solo outing now seems to have become the standard first set closer and we even get the spectacle of Nick Beggs, cross legged but thankfully kilt-free bashing the bass pedals with his hands.

The second half though is maybe the one that puts bums on seats – if there’s a healthy trade in tribute bands then to have the genuine article delivering the goods is a bonus and an opportunity not to overlook. The band are joined by Nad Sylvan who’s continued on vocal duties although by his own admission, Birmingham may not have been his best night in terms of being in full glowing health. Fortunately, he gets warmed up after a sketchy opening take on Eleventh Earl Of Mar and by the time they hit The Musical Box – possibly a track that’s emerged as ‘the’ Genesis classic with its constant inclusion – everyone’s cooking on gas. This year’s variations saw the emphasis on 1977 giving way to popular demand and including for the first time, both One For The Vine and Inside & Out into the running order.

The film captures all the fun and excitement in a full 5.1 sound and includes the obligatory extras in the form of backstage / behind the scenes footage and the inclusion of some of the promos for The Night Siren – a little reminder that the day job of creating new music always underlies why Hackett is still successfully cutting a rug as a jobbing, on the road musician.

It really only remains to ponder what’s next? How does Mr H follow up a series of tours and releases that celebrate his Genesis legacy and his own vast catalogue? The answer has already come in the form of some dates in October that will see him out for not the first time (check his stunning performances with Todmobile on YouTube) with a full orchestra – a genuinely mouthwatering prospect fo the Hackett acolytes. Watch out in due course for a record of the shows – one that surely should be recorded in Manchester Bridgewater Hall.

You can watch the lyric video for Los Endos from the album here:

You can find the Steve Hackett website here: https://www.hackettsongs.com/