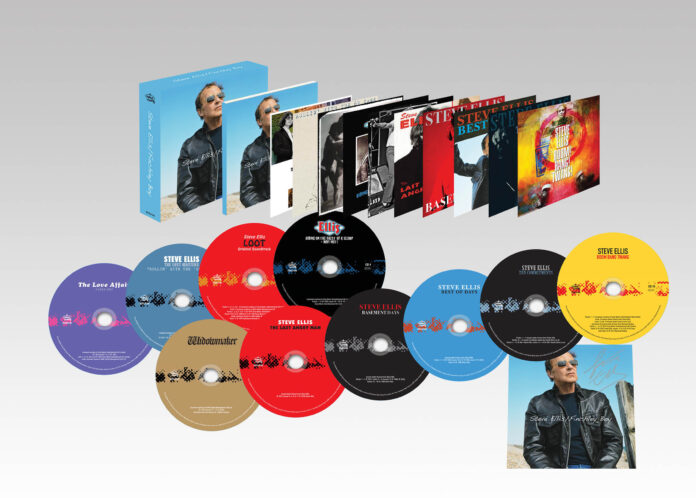 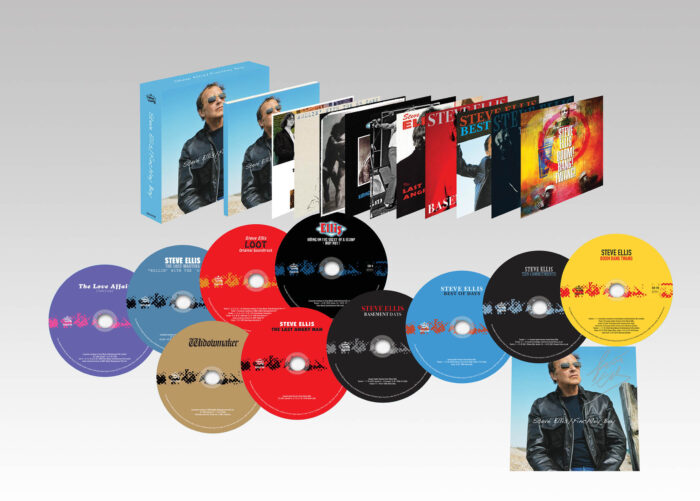 Finchley Boy is a collection of ten CDs, spanning the career of Steve Ellis, the former singer of the Love Affair and Widowmaker.

Consisting of 175 tracks, the collection presents rare and new material, displaying different facets of Ellis’s career: his work with the Love Affair, Ellis, Widowmaker as well as solo albums. Alongside hits such as sugarcoating Everlasting Love and bluesy When I Met You, there is a new track Just To Simplify, co-written and produced by Ellis and Paul Weller.

The box-set is provided with a 36-page booklet – a story of Ellis’s creative achievements, written by Jon ‘Mojo’ Mills, editor of Shindig! Magazine.

Based in Finchley, London, Steve Ellis was only 17 when he joined the Love Affair. In 1967, the band recorded Everlasting Love, a cover of the song by Buzz Cason and Mac Gayden, which hit the UK charts in 1968. Following their sudden success, the quintet relied on eccentric behaviour as means of promotion. Mike Grant wrote in Rave magazine that in 1968 the Love Affair “climbed the statue of Eros, the god of love, in London’s Piccadilly Circus to tie in with the Love Affair and ‘Everlasting Love’. They were arrested, and succeeded in getting a great deal of publicity”.

Steve Ellis formed the band Ellis with Zoot Money in 1972 and Widowmaker four years later. Overall, the box-set diligently tells the story of a Finchley boy.

Finchley Boy will be released on 27 May via Demon Music Group.