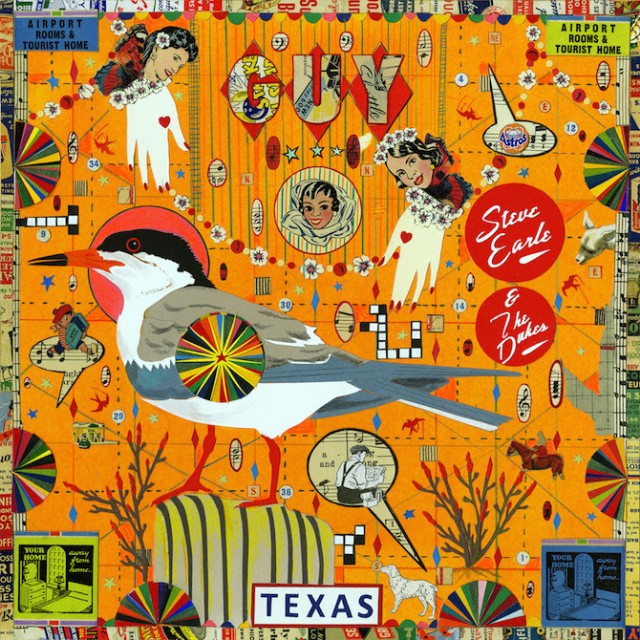 Novelist, film, TV and stage actor, playwright, producer and radio host, Steve Earle has made a record or two in his time.  You may know at least one….

One hit wonders. You could probably name a shedload. Artists known for one song, now that’s a different kettle of fish. They are often the ones with a huge catalogue but then there are those songs, often by novelty acts, that hit the charts for their 15 minutes of fame and then disappear off the face of the earth, only to reappear in pub quizzes up and down the nation. In the rock genre, one can’t help thinking of Blue Oyster Cult’s (Don’t Fear) The Reaper, and Marillion’s chart-bothering Kayleigh still has people asking “is Fish still in the band?” thirty years after his departure. In a ham-fisted segue, it’s been thirty years too since Copperhead Road, the album and that song, catapulted Steve Earle into the consciousness of many, and it would indeed be scandalous if not totally indecent if it were to be all he was remembered for.

As one who would confess to being ever so slightly guilty, I saw him play a blinding set at the 2018 Underneath The Stars Festival and felt that I should have found more of his music, aside from the obvious. Here’s a chance to begin to make amends. Ten years after the Grammy-winning Townes that celebrated the songs of one of Earle’s songwriting heroes, Townes Van Zandt, here’s a 16-song set written by another of his main songwriting mentors, Guy Clark.

Earle has confessed that he doesn’t want to shuffle off his mortal coil without paying tribute to a crucial inspiration, so with the latest incarnation of The Dukes plus some of Guy Clark’s cohorts he’s created what he calls “not a hard record to make.”  Recorded in a matter of days, you can feel how comfortable Earle and his band are with the songs. Bread and butter electric country blues, pedal steel offering some colour and the occasional foray into a more acoustic format that shows Earle’s naked earthy worn voice: he adds his own spin to songs that combine the best of Guy Clark’s songwriting and Steve Earle’s interpretations.

Not surprisingly, there’s a real empathy with the material:  a certain weariness as he sings of desperados waiting for a train, and in some of the almost spoken passages the accompaniments show an admirable and sympathetic restraint. When things take a shuffling upbeat direction there’s a subtle joy, although ultimately you can almost feel the sting of a tear in the eye as the record signs off with Old Friends, made special by a whole bunch of contributors and cameo from Emmylou Harris come to pay their final musical respects.

It’s an album that  might not get Steve Earle recognised beyond Copperhead Road, but Guy is a respectful and fitting tribute from one artist to another.

Listen to LA Freeway from the album here: