Home News Steve Diggle announces he is carrying on Buzzcocks as well as solo... 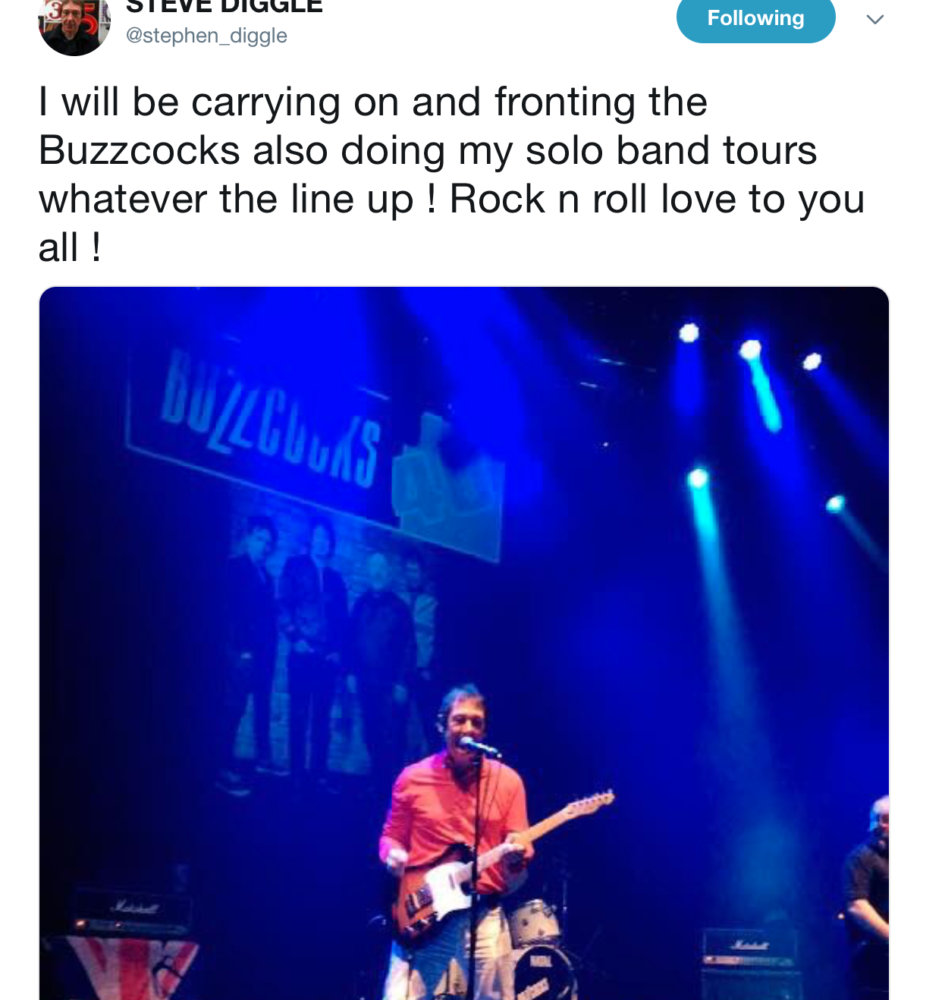 The recent death of Pete Shelley was a huge shock to everyone. None more so than his partner in Buzzcocks, Steve Diggle.

Most people thought the band was over,  overlooking Diggle’s huge creative contribution to the band.   Even the Albert Hall show in June was looking iffy.  That gig was confirmed a month ago as ‘a celebration of Pete’ and now Steve Diggle has announced his intention to continue with Buzzcocks in a tweet below… 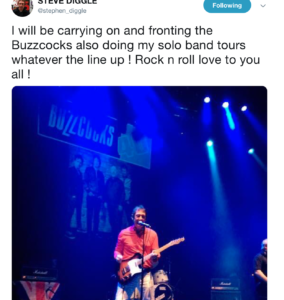