Home Music Steve Albini: “The single best thing that has happened in my lifetime... 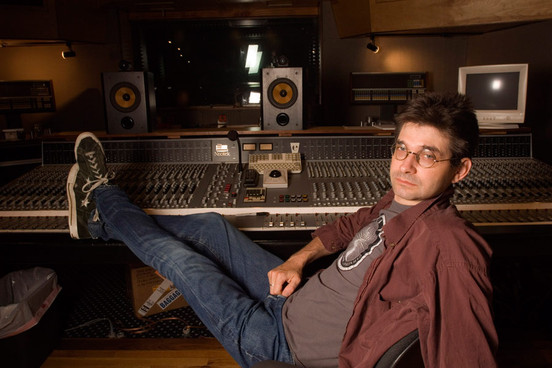 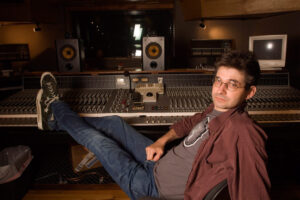 In a recent interview Steve Albini has added to his thoughts on music piracy from a few years ago by telling us what he thinks about music streaming. Not surprisingly it turns out he’s in favour of it. Full details, and quotes, below.

Steve Albini famously “came out” a couple of years ago as being pro-piracy in this “Ask Me Anything” on Reddit in which he was posed the question “What is your opinion about music Piracy? Does it hurt you economically?” His reply was quite long and the full draft of it can be found on the link above (and should be required reading for all fans of music) but essentially though, by way of a recap, what he said can be summed up with his three quotes:

“I reject the term “piracy.” It’s people listening to music and sharing it with other people, and it’s good for musicians because it widens the audience for music.”

“There won’t ever be a mass-market record industry again, and that’s fine with me because that industry didn’t operate for the benefit of the musicians or the audience, the only classes of people I care about.”

“Free distribution of music has created a huge growth in the audience for live music performance, where most bands spend most of their time and energy anyway.”

He concluded by saying “Thank you internets” which chimes with Dave Allen (Gang of Four) opinion on the subject: “Don’t blame the internet”.

But please read Albini’s full treatise if you haven’t already.

The reason this has become news again is that Albini recently, speaking with Quartz in an article which riffed on his 1995 article “The Problem With Music“, has added more thoughts to a parallel subject, that of streaming music, in which he described the ability to “share music, globally, for free” as “the single best thing that has happened in my lifetime in music, after punk rock”.

This is obviously at huge odds to other well-known artists like David Byrne who wrote this much read piece in the Guardian titled “The internet will suck all creative content out of the world” and which purported to explain why he thought “The boom in digital streaming may generate profits for record labels and free content for consumers, but it spells disaster for today’s artists across the creative industries”, a post which garnered 1300 responses, and Thom Yorke, who famously slagged off Spotify on Twitter and pulled all his music from it saying “new artists get paid fuck all” before calling it “the last desperate fart of a dying corpse”.

Evening things up, meanwhile, and joining Blinky on #teamstream is Dave Allen from Gang of Four who directly replied to David Byrne’s article with a piece in The Guardian titled “Why David Byrne is wrong about Spotify” which went on to explain why he thinks “…musicians such as Byrne and Thom Yorke can’t blame the internet for their problems” and also explained why “We need to work with new markets, not reject them”. Similarly Henry Rollins has been a staunch advocate of not caring if he gets money at the end of the day for his recorded material, all he cares about is that his music gets heard by as many people as possible.

Getting back to Albini, it seems from the Quartz article that he thinks streaming services are being viewed the wrong way (“I actually think the compensation is not as preposterous as anyone else … it’s like complaining that cars are going faster than horses…”) and that artists have been empowered by streaming while record labels have become “essentially irrelevant.” He also returns to some of the issues he made in his Reddit piece, the fact that labels and fat cats are becoming redundant:

“Record labels, which used to have complete control, are essentially irrelevant. The process of a band exposing itself to the world is extremely democratic and there are no barriers. Music is no longer a commodity, it’s an environment, or atmospheric element. Consumers have much more choice and you see people indulging in the specificity of their tastes dramatically more. They only bother with music they like.”

He also saves some time to talk about publishers:

“Of all of the things that have collapsed in the music paradigm, the one I am most pleased to see collapse is the publishing racket.”

Albini concluded that the internet has been “tremendously good” for bands and audiences “but really bad for businesses that are not part of that network, the people who are siphoning money out. I don’t give a fuck about those people.”

So what do you think? Are you on team #Albini or team #Byrne? Pro or anti streaming? Or do you feel that it’s ridiculous trying to separate things out, at the end of the day if you go up to 100 new bands and asked them “would you like to carry on making music in a world with the internet or without” do you think any of them would say their chances of achieving success and making money are less now we have the internet?

Your thoughts, as ever, are welcome.