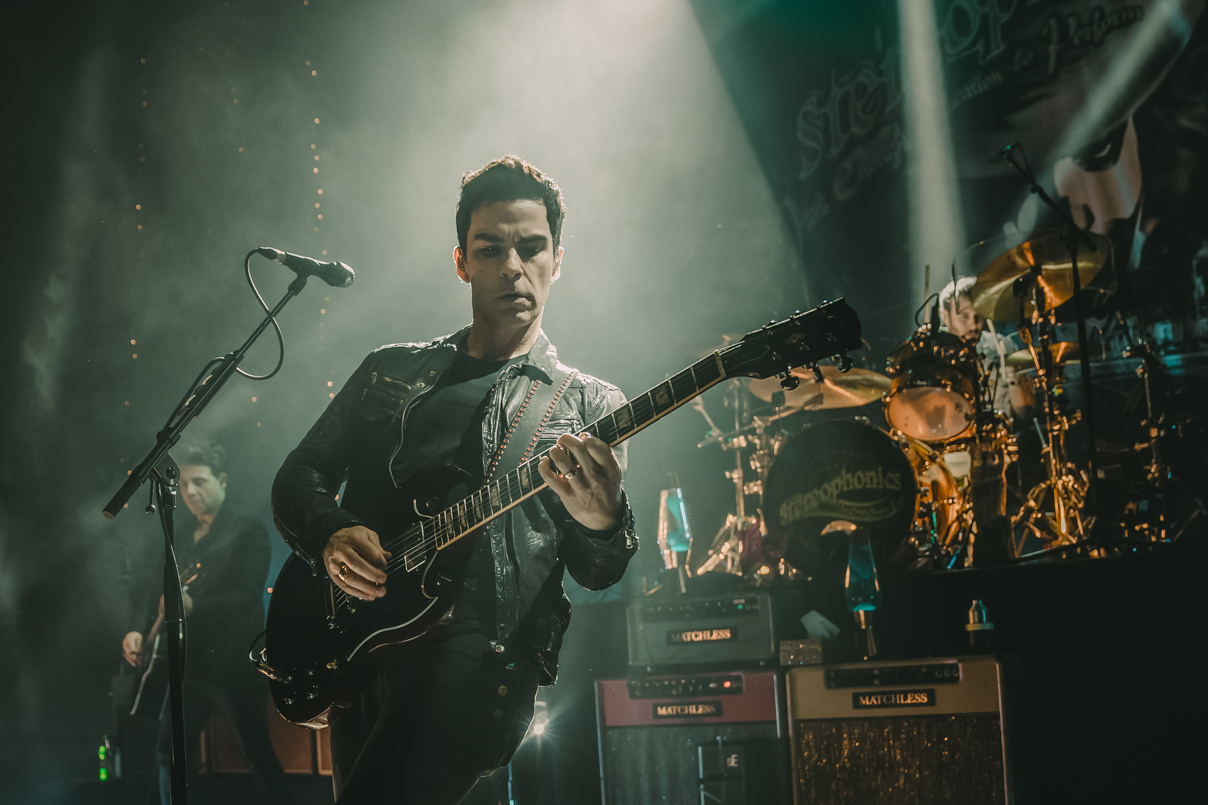 Stereophonics revisit their hugely successful album Just Enough Education To Perform for its 20th anniversary with 2000 of their closest fans at Shepherd’s Bush Empire.

Just Enough Education To Perform was, recounts Kelly Jones, a massive album for The Stereophonics. It reached number one in the UK charts not just once, but twice. It went six times platinum. It resulted in three young Welshmen headlining Glastonbury’s Pyramid Stage and touring America with U2.

“It was all police escorts and helicopters at that time,” he tells a sold-out Shepherd’s Bush Empire.

Unsurprisingly, then, the band are celebrating the LP’s 20th birthday with a run of shows that follow the well-worn anniversary tradition: play the album from start to finish (more or less). The surprise is the intimacy of the venues they’ve chosen. Tonight’s holds only 2000 people, whereas their 2022 trek hits arenas. And, judging by the audience response to even the most obscure album tracks, effervescent opening act Tom Speighton clearly isn’t the only one in the room who remembers queuing to get their J.E.E.P. CD signed at HMV in 2001. 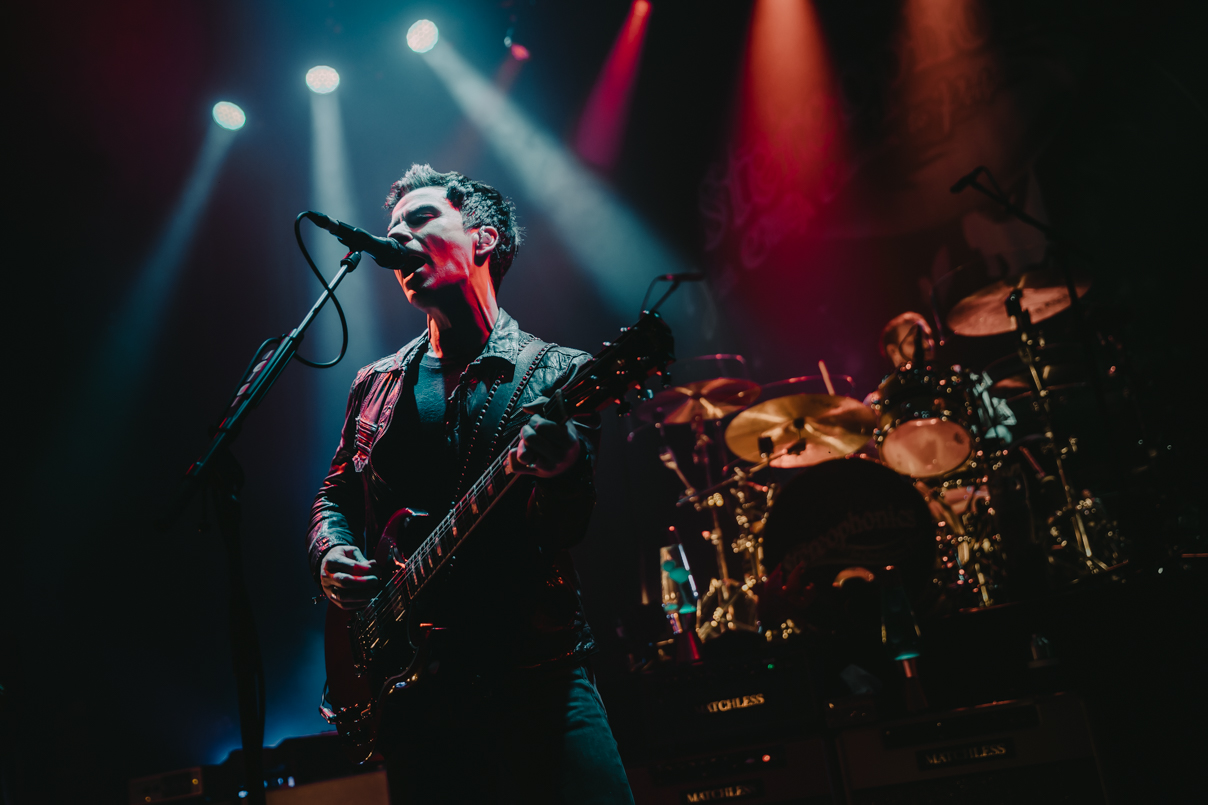 So this gig isn’t just special for its setlist; it’s an equally unique opportunity to see the group without the aid of a giant video screen. And with nowhere to hide, they’ve gone all out to recreate the songs that sold a collective 1.6 million copies in the UK alone. Complemented by their long-time touring keyboard player and a trumpeter/saxophonist/guitarist, they launch straight into the grunge-country foot-stomper Vegas Two Times and, surprisingly, the Americana-flavoured Surprise. Originally a hidden track (remember those?) it’s played live for only the seventh time ever tonight. But it sounds both supremely confident and relaxed, like the other deep cuts that make a rare appearance: the fittingly languid Lying In The Sun, appropriately questioning Maybe, wearily globetrotting Nice To Be Out.

Nonetheless, they’re no match for the album’s big hits. Step On My Old Size Nines, resplendent in harmonica, vintage organ, and glittering mirrorball, still swings as gently as an old couple dancing. Handbags And Gladrags, all barroom piano, trumpet, and Jones’ majestic croon, is the loudest pub singalong you’ve ever heard. A menacing Mr Writer, despite managing to sound even grimier than the original, still raises voices around the venue. And the always sunny Have A Nice Day spontaneously elicits 2000 Beach Boys vocal harmonies. 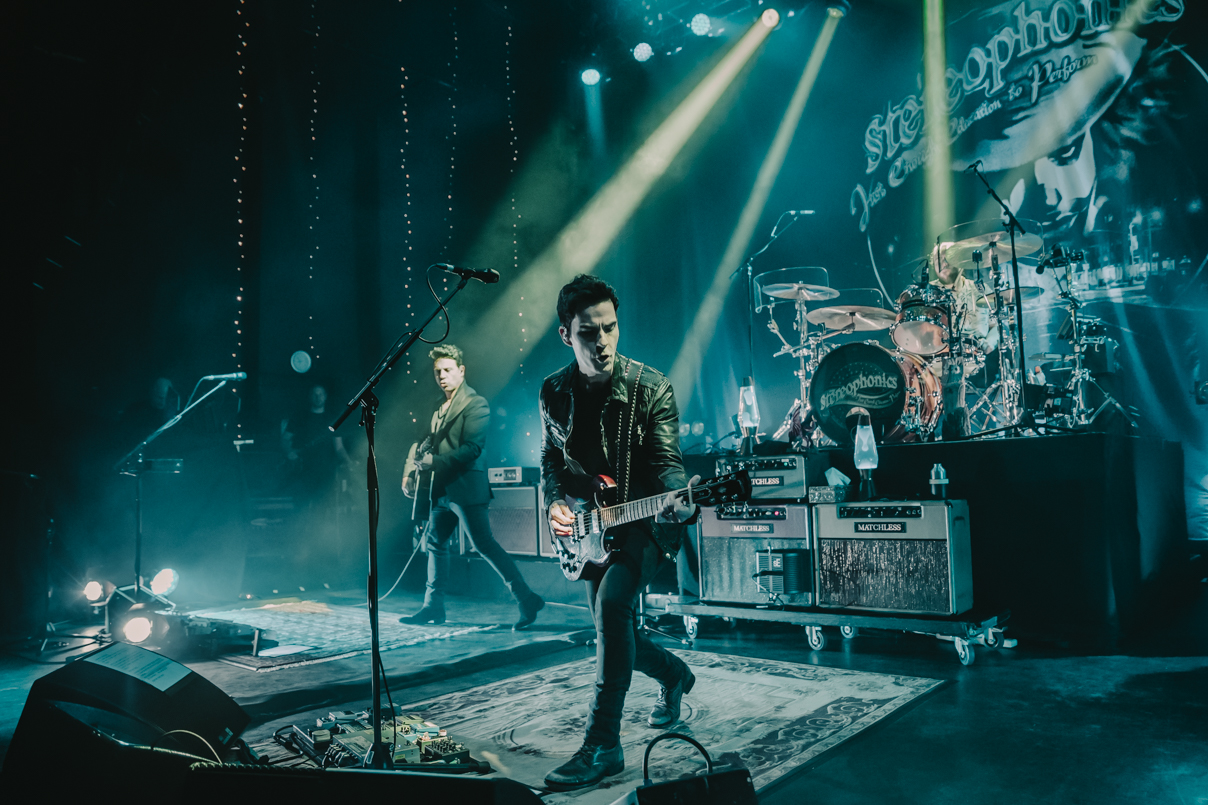 Throughout, Jones reminisces about what sounds like the best of times, the worst of times: moving to London, hanging out with The Rolling Stones, going down the King’s Road to get White Russians for breakfast, gigs sometimes getting in the way of benders, being “a bunch of guys in their mid-20s who didn’t know their ass from their elbow”, the band almost breaking up.

“We were living the dream, but we were fucking waking up screaming,” he recalls at one point.

The group’s growth over the ensuing two decades is obvious once they reach the greatest hits section of the set. No longer restrained by the peaks and troughs typical of every album, and freed of that era’s baggage, they seem to engage an even higher gear. Over a dozen songs that balance their all-out-rock and acoustic-introspection sides, they revisit their history from Word Gets Around to next year’s Oochya!, barely stopping for breath along the way.

A Thousand Trees and Traffic, from their debut, really play with the dynamic between the full band sound and Jones singing alone with just his acoustic guitar, and get the seated audience up on their feet. Just Looking, from 1999’s Performance And Cocktails, adds muscle (and gravitas) to the original’s yearning. 2003’s Maybe Tomorrow, sounds more anthemic than ever before and ends in yet another mass singalong.

The carefree C’est La Vie is still a real hands-in-the-air foot-stomper while its epic companion from 2015’s Keep The Village Alive, Mr And Mrs Smith, really showcases the skills of the six musicians on stage, ending in an unexpected drum solo. 2017’s Geronimo adds real swagger to the mix, while Stitches and Fly Like An Eagle (both from most recent album Kind) provide moments of quiet contemplation. 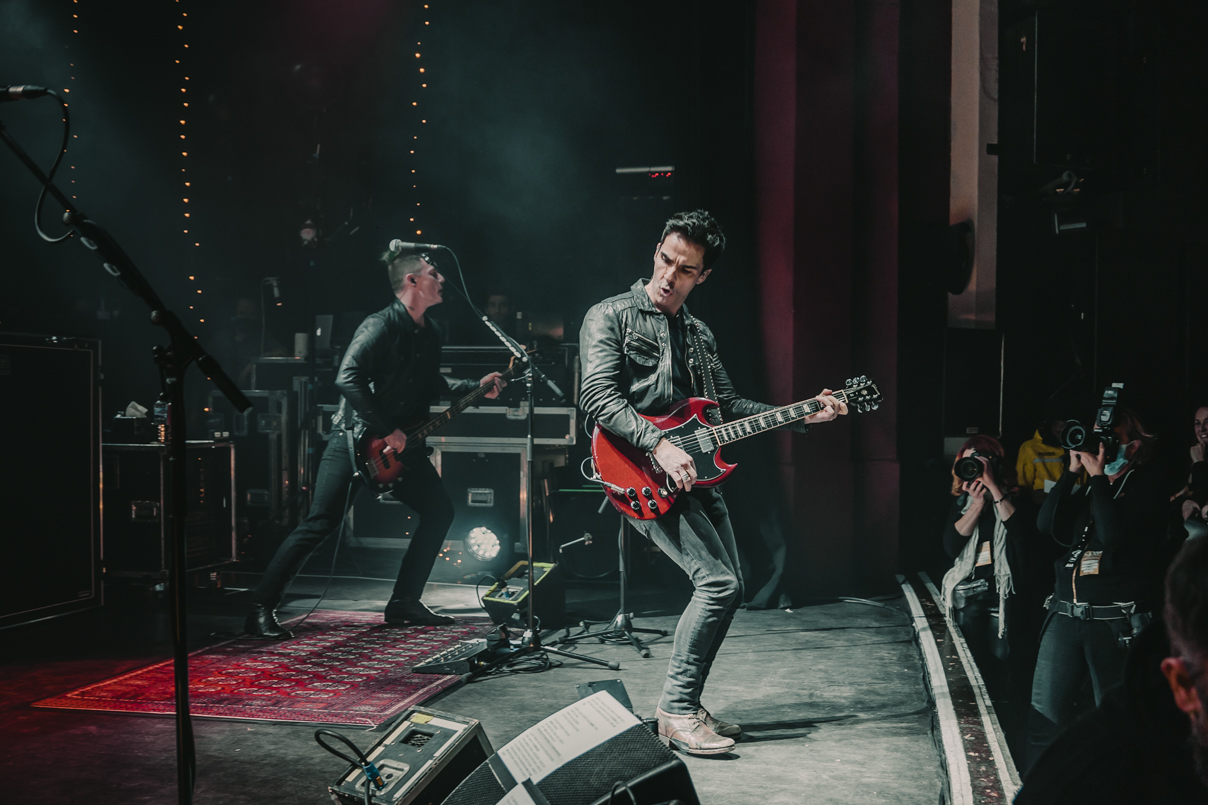 The new singles, the frenetic Hanging On Your Hinges and effortless Do Ya Feel My Love, make an early appearance in the show’s second half and bode well for those arena shows next year. But the biggest audience response is to 2005’s Dakota, which ends the 25-song gig on a real high – from the opening disco lights to the mass-shouted refrain of “I don’t know where we are going now”.

On the basis of the new songs – and the enthusiasm of band and fans tonight – there’s only one place they’re going now: up.