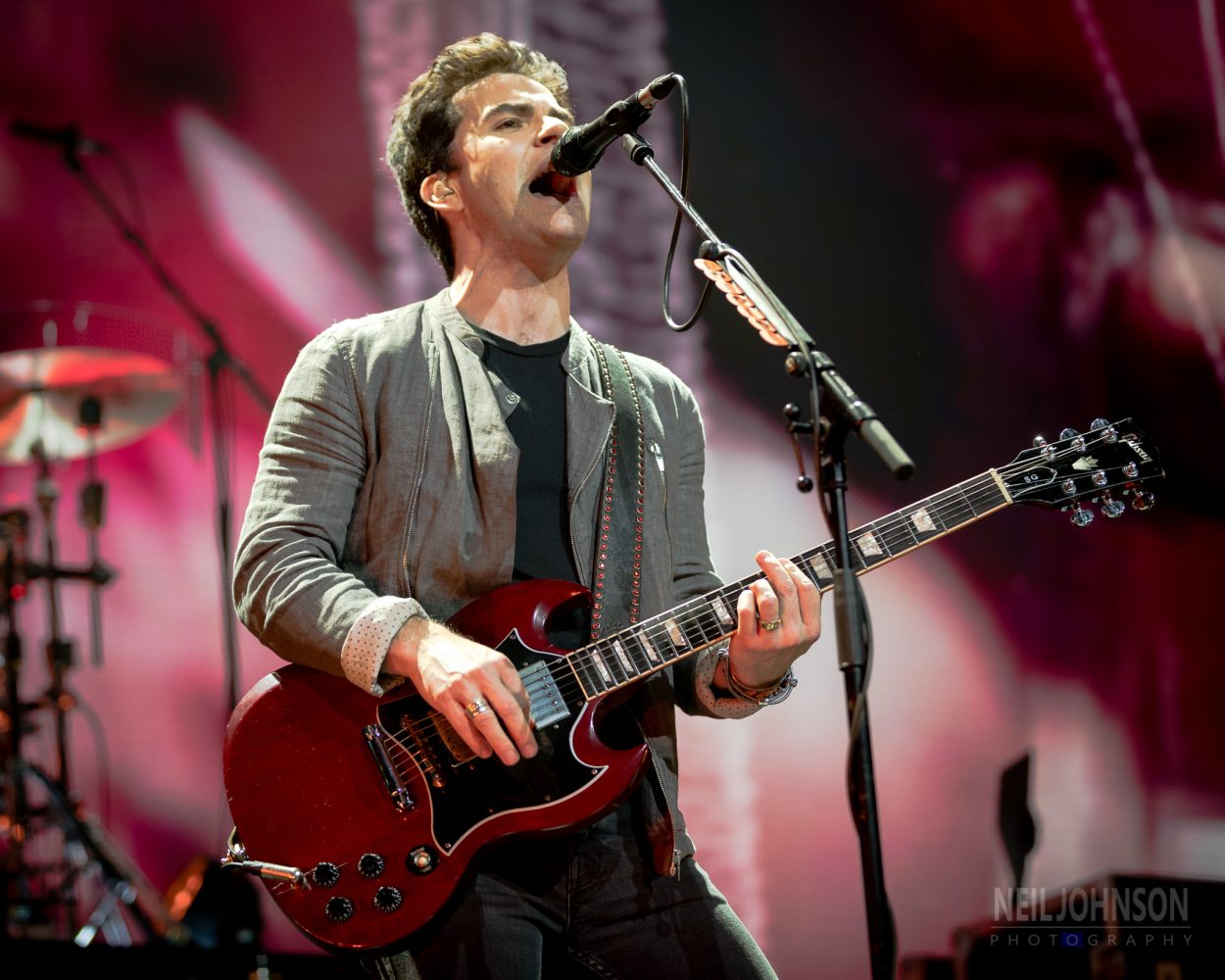 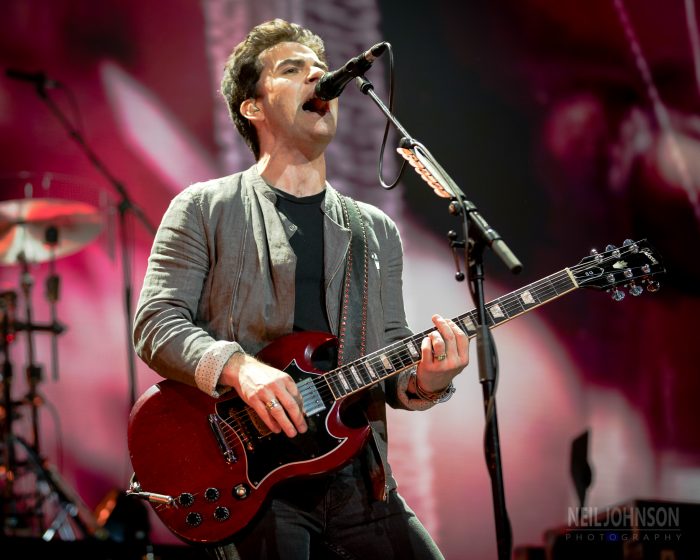 Stereophonics are out on the road on their Scream Above The Sounds tour.  With one of the strongest back catalogue of hits and a bigger stage show, Neil Johnson heads to Manchester to see Kelly and the boys.

Formed in 1992, the Stereophonics have been around for what feels like forever. Created by some guys who lived near each other and liked the same things, the stuff of dreams. No casting calls or talent show voting, just a love of music, curry and the pub. Their songs feel like background music to so many peoples lives, they have grown up with the band and feel like they own these songs as much as the band do.

Each of their ten studio records has its own variations, but ultimately what you get are really well-written rock songs around one of the best and most recognisable voices in the business. Kelly’s voice is as inescapably gorgeous as it is unique, it encourages you to singalong just as much as it does to switch off the lights and wallow in its warmth and texture. Even if the song isn’t that strong, Kelly’s voice carries it, but when the boys pen a belter of a song the combination is irresistible.

The Stereophonics first played the Manchester Arena in 1998 supporting James just on the verge of hitting mainstream success. Here we are twenty years later, they are the headliners and the place is packed. People of all ages, groups out for a fun night and couples clinging to each other in the hustle and bustle. The age range is from barely legal drinking age to barely legal driving age, although I’d imagine the median age is mid-thirties to mid-fourties, there is a lot of ‘dad dancing’ even during background music as the Arena begins to fill up. 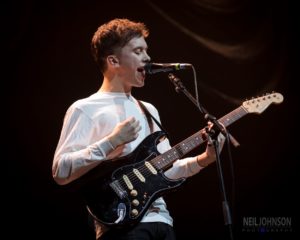 Ten Tonnes is up first, otherwise known as singer-songwriter Ethan Barnett. He serves up a really enjoyable indie-rock set, which has the front row singing along and engaged. He’s a new one on me but seems to go down really well with the Stereophonics audience. He doesn’t get to enjoy the full runway stage reserved for the ‘phonics but he has a great time with his band all the same. If you enjoy your indie-rock with a double shot of happiness, he might be someone to check out.

The Stereophonics come out to Chances Are from their new record Scream Above The Sounds. The reception is rapturous as Kelly walks slowly down the runway, the band sound every bit as tight and professional as you’d expect at this level. Backed by a huge screen with videos looping throughout each song, standard stuff these days but the ‘phonics are a conservative band at heart and don’t tend to rely on fancy effects. The music is front and foremost, as it should be and its sounding amazing from the off.

The main set is split into three parts, the first part is on the full stage with everyone fairly well spread out, the classic Stereophonics live show with a great mixture of old and new, favourites from way back on 1997’s Word Gets around and the current record Scream Above The Sounds. The eruption from the audience after the first couple of notes from C’est La Vie has me double checking that my earplugs are still in as I scurry around in the photo pit right in front of the main stage, it is monumentally deafening and I can feel it through my entire body as I stand between the main stage monitors and twenty thousand ‘phonics fans in full flow.

The boys then move to the end of the runway stage, tightly packed together with a more acoustic bluesy vibe. They kick off this part of the set with I Wouldn’t Believe Your Radio. The line “You can have it all if you like” is belted out by Kelly and twenty thousand friends, in theory, this is small venue acoustic stuff that shouldn’t work at this scale, but it just does, possibly because the songs are so strong and recognisable, possibly because everyone in the place is singing and dancing along, who knows… it feels like the worlds largest front room through this stage of the set and its very cool indeed. Handbags and Gladrags is probably the biggest hit here, but Been Caught Cheating is the highlight for me, Kelly’s voice is exquisite in this paired back part of the show, he is sounding better than ever.

The final part of the set (and encore) is back to the main stage for a run through of some of the final big hitters. Just Looking, A Thousand Trees and Taken a Tumble whipping the Manchester Arena audience into a frenzy before smashing it out of the park with The Bartender and The Theif. The place goes off the scale, everyone pogoing with the raw energy of a punk gig. The change of pace and energy is amazing, I can’t think of another band that can change gears like this so effortlessly. The move into Mr and Mrs Smith should be jarring but it’s not, it all feels well planned and the product of thousands of gigs to learn how to pace a live show. They finish up with Dakota, which is a real highlight and a great way to finish up the show.

It’s an epic gig, despite the band almost seeming to be on autopilot for some of it. I have read other reviews saying things like ‘they could do this in their sleep if they wanted to’ and frankly, I have to agree. The thing is though, that to put on this quality of a live show requires an intense attention to detail and meticulous planning. It may look effortless, but like the swan gliding along the surface, there is a plethora of activity and experience required to make it this good. Make no mistake this is a band at the absolute pinnacle of their game.

Highlights for me were definitely having my insides rearranged during C’est La Vie, the absolutely divine I Wouldn’t Believe Your Radio and the show closer Dakota. The only big omission for me was Catacomb, which is a real favourite of mine and has been played at some of the other shows, it was replaced with Taken a Tumble in tonight’s show, but c’est la vie I suppose.

I thoroughly enjoyed the whole show and I suspect that there were twenty thousand or so croaky voices around Manchester on Saturday morning too.