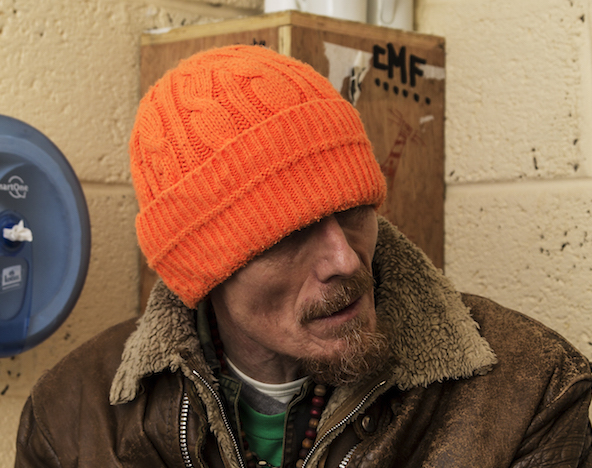 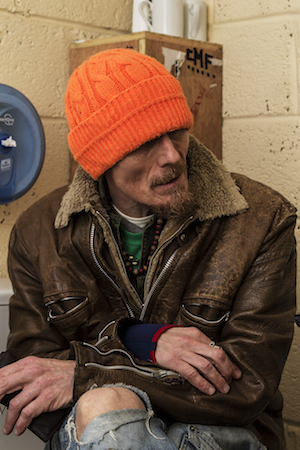 World-renowned electronic hip-hop trio Stereo MCs take to the Edinburgh Liquid Rooms on Boxing Day to keep the festivities going. Louder Than War’s Harry Mulligan was there along with photography Allan Sinclair.

The Stereo MCs kept a laid back Edinburgh crowd (Boxing Day, 2014) waiting until 12:40 am before they sauntered casually onstage. However, within sixty seconds, Christmas plumped asses were shaking like a good’un to the refrain of ‘You-can’t-make-me-fade-away!’

It was an appropriate opener from these ‘seasoned’ veterans as they effortlessly plied their trade. They were communicating that they were a mainstay in British dance music and had no intention of going anywhere soon.

As a unit, The Stereo MCs are fit and muscled. They don’t carry any extra weight. They are sleek and feline, if a little weathered from life on the musical Savannah. Black Gold begins with a fat bass and Rob Birch scans his audience to drink in the collective mood. ‘How you doing Edinburgh?’ he asks the audience mid flow, holding himself stock still, animatedly waiting during a rest for the response with a cocked ear. Then it’s  ‘POP’ and he bursts into dance as the break beat resumes. ‘Everything’ establishes the groove, and Birch drops the lyrics on this Scottish crowd. ‘Who can tell which way the wind blows – Get a vision, liven up…’ he sings.

Following ‘Pressure’, that old familiar intro begins and we hear the cue: ‘Something ain’t right…’ For a few minutes, everyone in the Liquid Rooms is a slave to the groove as the age old favourite ‘Connected’ evokes smiles and spontaneous ass-shaking.

For ‘On 33 (45 and 78)’ the two backing singers started skipping in opposite directions back and forth from one end of the stage to the other. The visuals become intense and we’re tripping the light fantastic. ‘Elevate my mind’, takes things up onto another level, as the band mirror back the sentiments of the people…

‘I wanna go higher…’ everyone sings.

‘Step it up’ brings the audience to a crescendo as things swing ‘to the left, to the right’ and the crowd move deliberately, like a metronome, back and forth, hitting the back beat and in good voice. ‘Running’ finishes the set and Birch and crew leave the stage.

In no time at all, they’re back and fall straight back into the groove with ‘Ground Level’, ‘The Here and Now’ and crowd favourites, ‘Creation’, and ‘Deep down and Dirty’. Rob Birch taunts the audience, asking them to tell him what they want. But this slightly lack-lustre Edinburgh audience are apparently bloated from too much turkey to get their dander up.

The performance ends with ‘The End’, ‘City Lights’ and ‘Playing with fire/Place. Rob Birch interacts with his audience, pulling Christmas Crackers, raising a glass to them and throwing shapes like an expert sword-fencer, making a great Muse and subject for my photographer. There are cues embedded in their music that set him off in different directions and he canoodles with his percussionist/drummer. He is, one hundred per-cent, a consummate professional and the audience were sated by the end!

All words by Harry Mulligan and photography © Allan Sinclair. More from Harry can be found at his Louder Than War Author Archive.