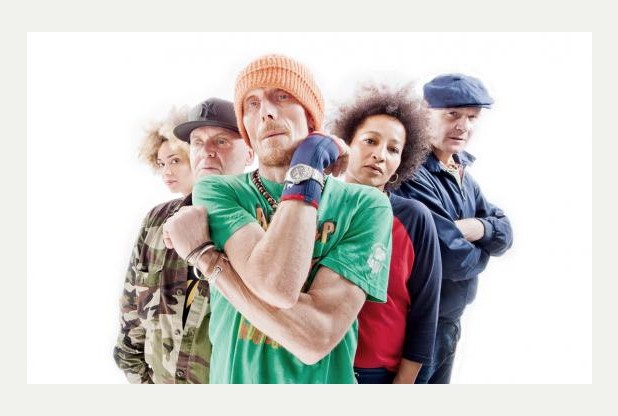 Stereo MC’s are undeniably prolific contributors towards the hip-hop/dance music scene. Having spanned over generations, their solid collective of progressive energies have etched a profound imprint, proving them to be one of the most highly respected, forward thinking bands out there today.

Their re-revolution back to DIY Independence is a commendable one, proving the band have a clear concise pathway for their future musical endeavours. Admirably they are keeping it true to the core essence of their musical roots & offer a umbrella of creative mindsets under their fresh new record label “Connected,”

The label is a collaboration set-up along with house super group “Terranova”. Stereo Mc’s recent collaborative musical ventures include those with Adam Port of Berlin based “KeineMusik” label, releasing the house track “Place” in 2014 https://soundcloud.com/adam-port/adam-port-stereo-mcs-place-km025 & most recently with Terranova (Kompakt Records) releasing “Tell Me Why” on their current LP “Restless”, on May 11th 2015. I had the absolute honour of catching up with leading front man/producer Rob Birch to draw some insight into his collaborations, the filming of their most current video “Tell Me Why” plus the bands summer of festivals,  amongst other individual thoughts on the music industry.

LTW : It’s been over a decade since Stereo Mc’s crew have toured the UK. Can you give us some insight into how your Spring/ Summer 2015 UK ventures have been?

It’s been intense playing small clubs in the UK. People have been fantastic,revved up and open to reception. We’ve been all over from Scotland to Cornwall and the feeling has been deep.

LTW : It must be incredible to inject such fresh energy into your older material when you play it at live shows ? Can you give us some insight into your fresh approach towards projecting where Stereo Mc’s are at creatively at present.?

Yeah, we’re taking ourselves back to where we started-underground basement vibes. We began in the melting pot of early house,rap and electro and our heads are now focused on future dance floor.

LTW : When writing fresh material, where does your source of inspiration lay?

LTW : Congratulations! on the official launch of “Connected” Record Label, a joint venture with House supergroup Terranova. Will the label be solely focusing on both your various music projects or is the label open to potential artists?.

Connected will be launched in October and will initially release Stereo Mc’s collaborations with Terranova and from there we have plans to release like minded artists ,some vibes already hatching.

Our label will be distributed by Kompakt in Cologne.

LTW : Uniting on your “Connected” label with Terranova binds an intricate creative bond which has stemmed from the late 80’s early 90’s ( Flash back moment!: Axis & warehouse raves!) Given your extensive wisdom and knowledge. What would say are the key factors to sustaining a lasting, creative, symbiotic relationship?

LTW : Your evolution from; & revolution back to DIY independence is such a strong trait to own within your career, these days more and more artists are choosing to walk the independent path, would you say embracing independence is easier these days in comparison to how it was for you back in the day?

There are many more platforms on which to declare your independence than there were before the online revolution but there the competition has also multiplied. I’m still convinced that the primary importance is good tuneage.

LTW : Last year Stereo Mc’s laid down the solid mover & shaker “Place” with Adam Port of Berlin based Keine Musik label, as well as most recently “Tell Me Why” with Terranova (Kompakt Records) on their current LP Restless. Can you give us some insight into your collaboration with Adam & other artists you have joined forces with in the past six months.?

Fetisch from Terranova connected us with Adam as we wanted a remix from him of a track we were doing called Afrojam. It became quite an involved process whereby he suggested we vocal the remix and call it a collaboration . We met him and “&Me” in London when they were playing at the Egg in Kings Cross , the vibes were cool and it was a matter of bouncing ideas through the ether.

Around the same time Terranova also did a remix for a track of ours called Good Feeling which also did quite well .

Then whilst we were touring Europe last November we met with Fetisch and Andre (&Me) at our gig in Berlin and he gave us a groove from their new album and wanted us to work together on it.

The ideas came fast and the day after the tour finished we recorded the vocal which came out as Tell Me Why.

We’re still up for collaborating but I think we’ll keep it minimal so we don’t become diluted.

LTW : Who would you aspire to work with in the future months ahead?

More with Terranova with the Creators guidance.

LTW : I see you are under an umbrella of support from the artists & labels you have collaborated with so far; This unity feels wonderfully refreshing. What would be your fundamental ethos for “Connected” as a Label ?

In house production,we have many irons to reach to when it comes to performance and writing,handmade product each record hand stamped,each design and image sourced by the team ,each sound streamlined for a DIY/HiTech digi/analogue aesthetic.

LTW : I understand that your most current music video “Tell Me Why” in collaboration with Terranova was shot in the Boiler Room over in Berlin (The Home Of Underground Music) I found this video to be an absolutely captivating piece of work; where I was drawn very much into the atmosphere of it. How was your overall experience of that shoot? & can you shed some light on who directed & worked on the video’s production.?

The shoot was an intense 12 hours of constant performance in front of projections without refreshment. They’re hard core in Berlin and I’m no softy so you do till you drop. It was during this that I realised the true emotion of the track which is resistance,disillusion,and restlessness, it was made by Kill the Tills and edited by Kathrin Krottenthaler under the supervision of Fetisch.

LTW : With a shift in consciousness which moved away from physical into a more psychological age resulting in a plethora of transitions, one of them being the tremendous impact in how we create & absorb music, do you feel allot of spirit has been lost in the way we go about beat making these days?

We can inject spirit into anything we desire its really down to whether we are in the right place to be able to do that. Technology can blind us so we wear our soul sunshades stay calm and keep it raw.

LTW : People seem to always highlight the negatives of the digital download age & the over all state in which the music industry is in. Through your own unique experiences what would you say are the most positive aspects to the music industry today?

You can make tunes anywhere on a laptop,I could vocal in a forest or a subway,with the right program I need never spend money in a studio again (although I would like to as some analogue gear cannot be re-produced),to me it seems that there is less money but more creativity. Music can travel fast and be accessed anywhere in the world. We can build audiences without major labels shelving material if it is not a chart success.

LTW : Being a band who has played a vast and varied amount of festivals over the decades what waves & trends have you experienced in the way people attend outdoor events?

Major fests are more commercial ,hectic but the music is generally good and all encompassing. Smaller fests are more driven by love and a desire to create a mellow party with some high points rather than fever pitch non stop. Also the facilities are more appealing. Its the youth that create the big events and they reflect the consciousness of society so it keeps changing. I’m the one vibing on a mike.

LTW : Are their any off shoot smaller festivals that you have came across this summer which has made a impression? & if so has there been any fresh artists/dj’s that have particularly struck a chord in you.?

Wicker man in Scotland was cool and I heard Claptone dj at Jersey live and that was a good day.

LTW : Europe is an absolute thriving entity in regards to how people embrace live music. Tell us about your most electrifying European live show experience to date? ( I read in a interview, Glasgow Barrowlands, here in the UK, held magic moments for you)

Probably Belgrade in 2001—place was rammed overcapacity with a few thousand outside armed guards it was nuts.

LTW : What’s your favourite beat making tool at present & why?

Roland 808—its the groove foundation.

LTW : Do you have an analogue of digital heart ?

LTW : Is there a piece of equipment you refer back too still?

The bell delay unit we had since 1986.The worlds best sampler.

LTW: What are your foreseeable plans/tour dates for the Stereo Mc’s Crew?

Continue in the UK till November and then release our first record on Connected through Kompakt and more dj’ing ….more gigs and all of this for 2016….

LTW : If you had any words of wisdom to budding beat makers out there what would it be.?

It’s been an absolute pleasure to have your interaction on this interview Rob. Both myself & Louder Than War would like to wish you all the best in your future musical endeavours.