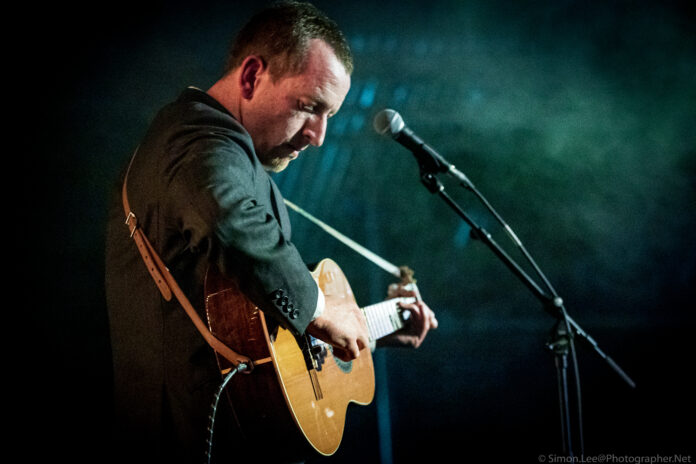 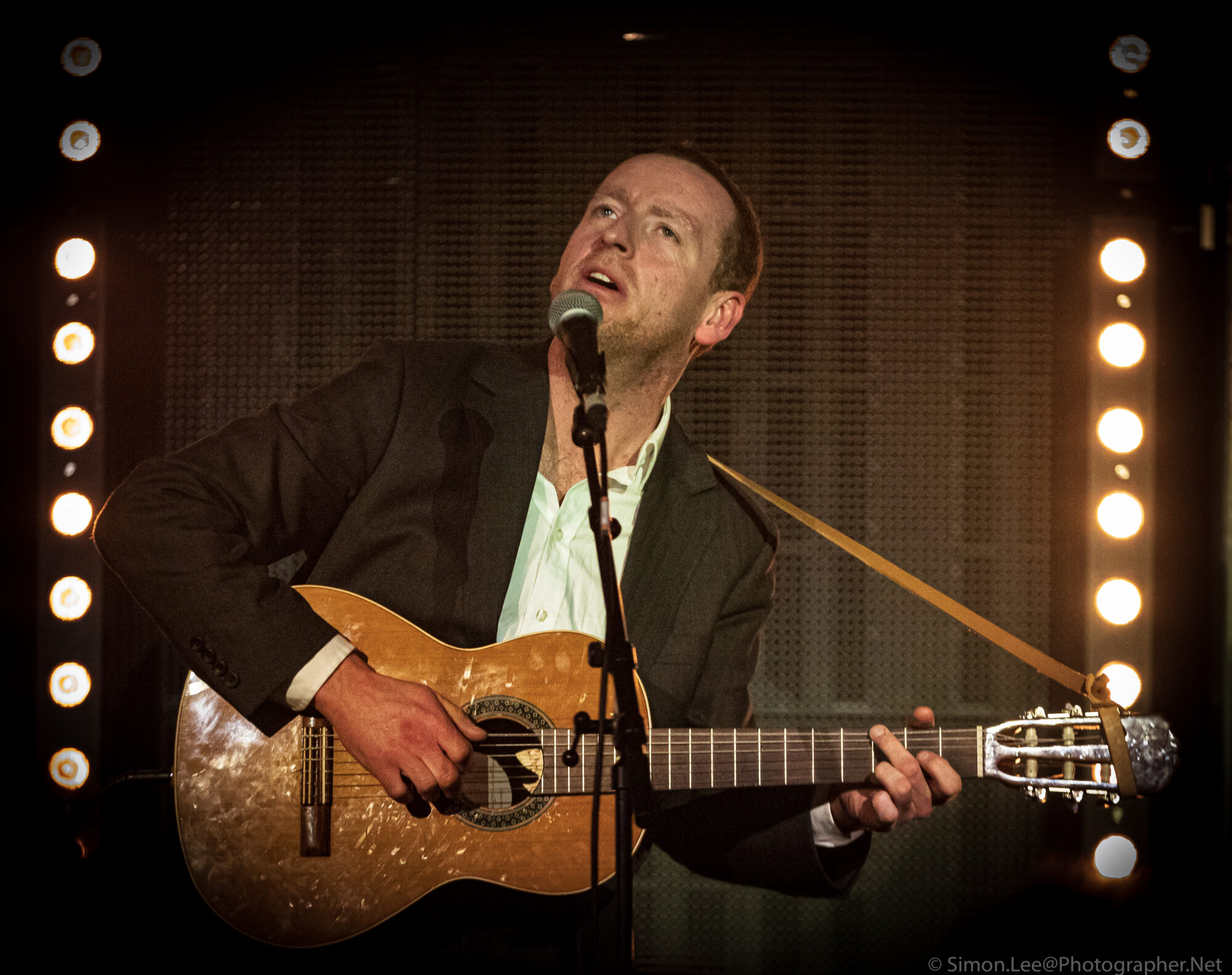 Stephen Fretwell made a long-awaited return earlier this year with his third album Busy Guy, fourteen years after his second. On Sunday night he played an eventful sold-out show at Leeds Brudenell Social Club.

Technical problems, Ed Sheeran baiting, a fainting in the crowd add to the magic and chaos of a compelling solo show. The set has a false start when the guitar isn’t working and Fretwell has to leave the stage and come back on five minutes later. It’s still not fixed when he returns, which he makes light of, playing The Goshawk And The Gull with the vocal mic doubling up. He jokes with the obviously stressed sound engineer, as a DI box switch does the trick and normal service is returned.

Fretwell takes us on a winding journey through his albums. Debut Magpie features heavily as you’d expect with Do You Want To Come With?, Bad Bad You, Bad Bad Me, Rose, Run, Emily and New York. The last three of them provoke gentle singalongs that add to the songs rather than detract from them. Equally present though, despite his concerns about the reception it might have received, is his masterful comeback Busy Guy. 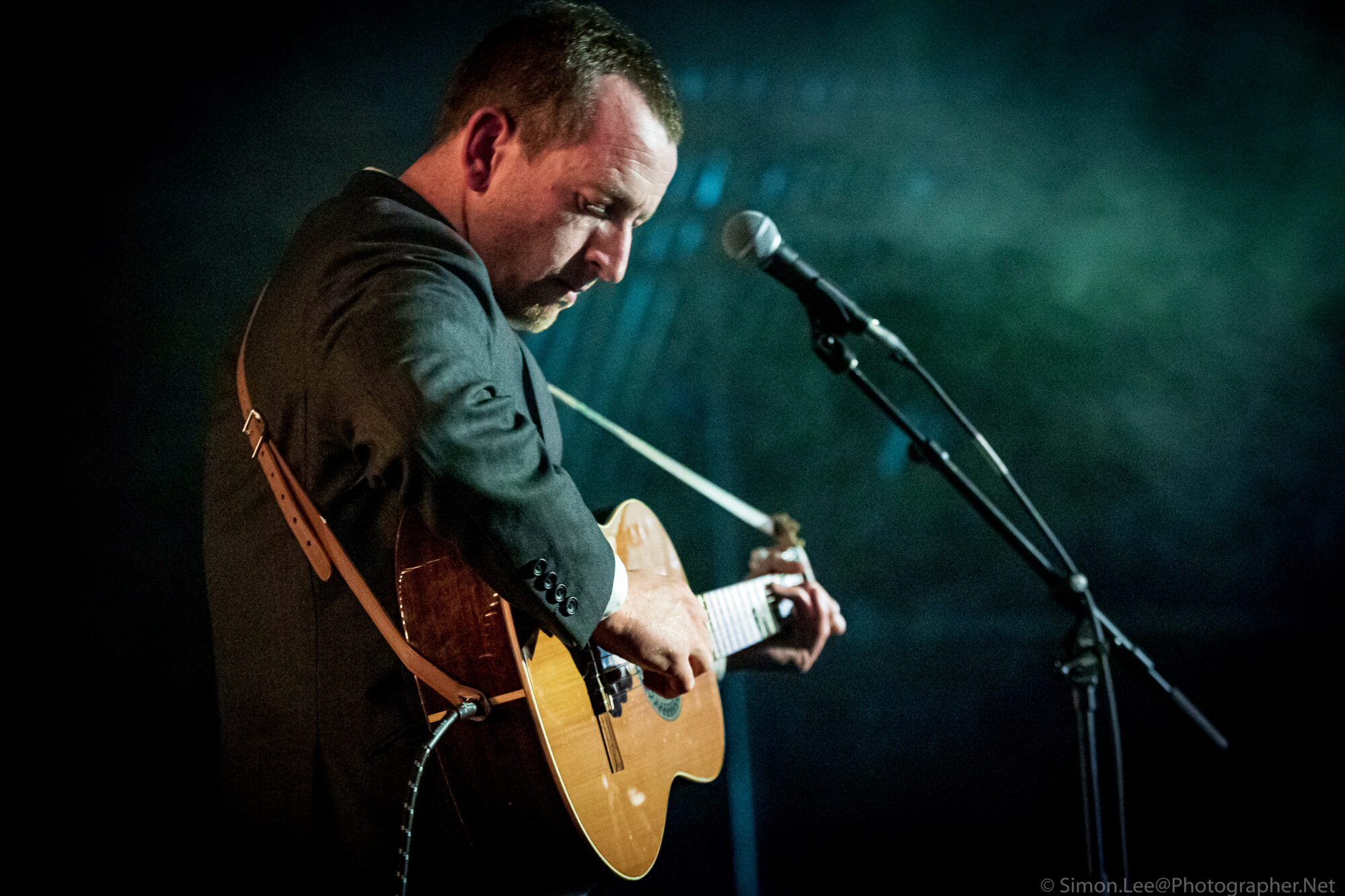 Where at many gigs new material is a sign for chatter, this audience’s response is total respect. He works his way through the six-minute Almond with lyrical cues at his feet. Yet there’s silence other than the fragile guitar and rich evocative vocals. We join in with harmonies throughout Orange, despite Fretwell telling us he’s never really liked crowd participation. Green and Oval are filled with the regret of love lost. Live, the songs from Busy Guy are even more sparse than on the record and more affecting for it.

There’s a lot of joking with the crowd. He tells us Leeds makes him nervous as it’s close to his hometown of Scunthorpe. The crowd respond with references to the pub he used to drink in and an old school teacher. He lays into Ed Sheeran and jokes about being ginger himself. He’s perturbed when fellow ginger audience members tell him their nicknames at school were “jugs” and “scotch egg bollocks”. He recalls being propositioned by an audience member a few nights earlier in Birmingham. The crowd join in two-way chat respectfully, which adds to the warm feeling that it’s more than just a gig. 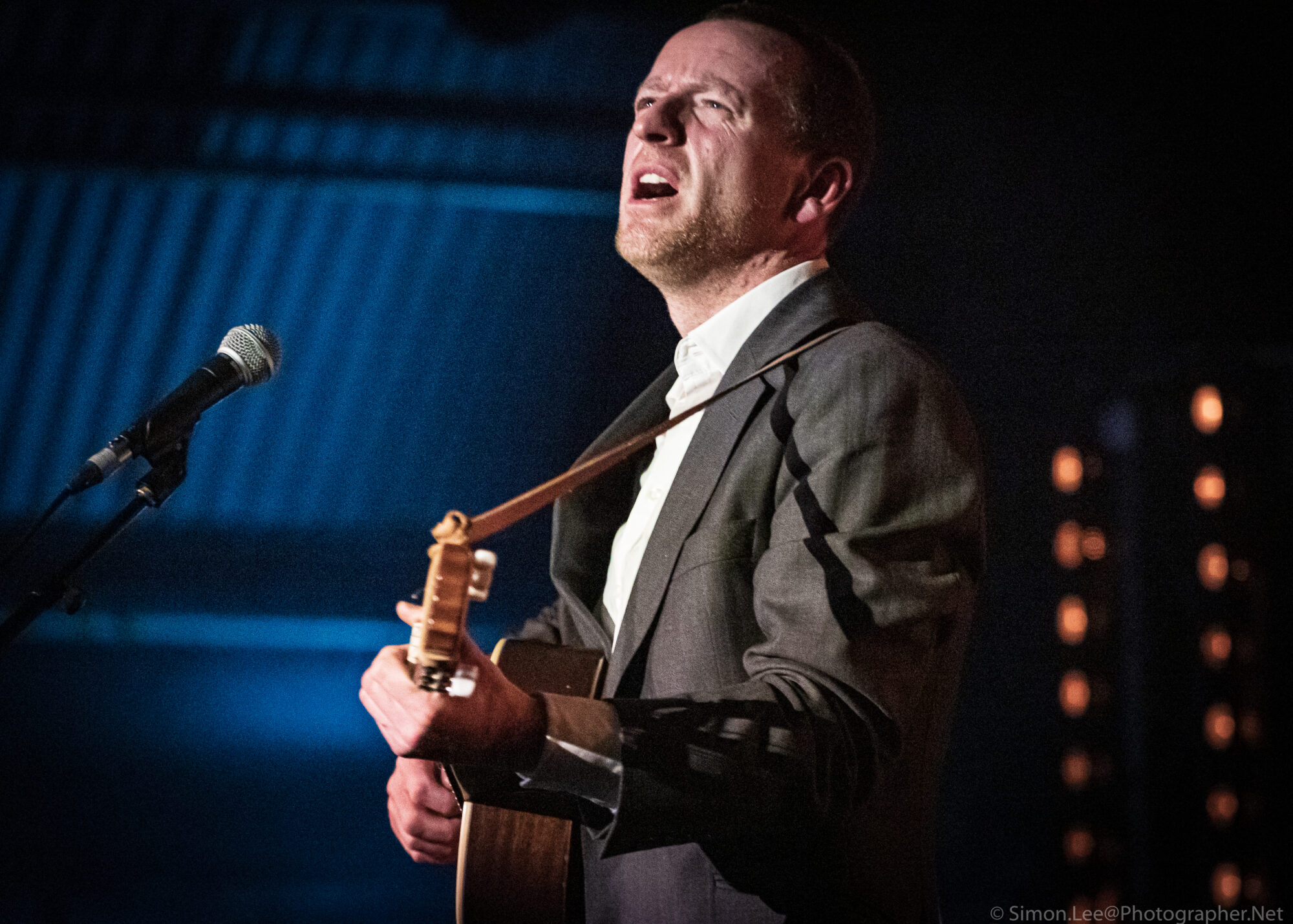 The encore starts with a cover of John Prine’s Speed Of The Sound Of Loneliness with an audience member holding the lyrics. It also features Busy Guy’s two focus tracks, The Long Water and Embankment, William Shatner’s Dog (one of only two tracks from his second album Man On The Roof) as well as the untitled track – from Magpie that the Arctic Monkeys covered and which Fretwell credits for reawakening his desire to play music.

Good-natured throughout, the hour forty-minute set is a reminder of the enduring quality of Fretwell’s early work. It also reminds us of the sparse, stunning beauty of his most recent. Tonight is more than a gig because of the bond between performer and audience. Fretwell provides a perfect example of how a singer-songwriter can transcend the art and become a real entertainer, even if a reluctant one.

Setlist – The Goshawk And The Gull, Do You Want To Come With?, Rose, Bad Bad You Bad Bad Me, Pink, Oval, Almond, Orange, Something In The Water, Emily, The Ground Beneath Your Feet, Run, Green, New York, Speed Of The Sound Of Loneliness, The Long Water, Copper, – (Untitled), William Shatner’s Dog and Embankment.

Words by David Brown, you can find him at his author profile here: