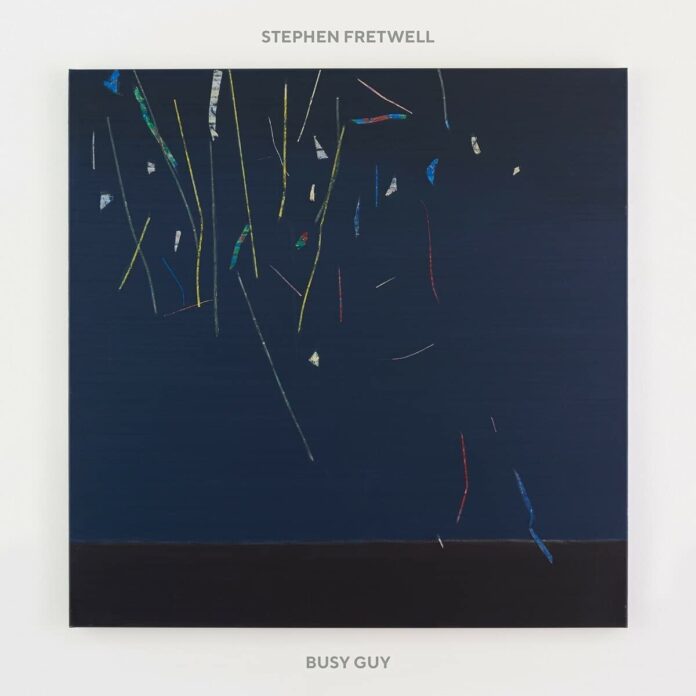 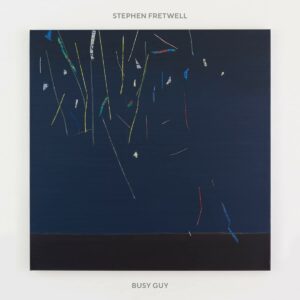 Fourteen years, an internet campaign to find him and much rumour later Stephen Fretwell finally returns to music. His new album, Busy Guy, is dark, contemplative and intensely personal.

“It’s been a long time and time changed everything” sings Stephen Fretwell in the verse of The Long Water. Over a decade after his second album Man On The Roof and with an internet hashtag asking the question “where’s Fretwell”, the mystery about his whereabouts has finally been resolved with the return of one of the country’s finest singer-songwriters from his own self-imposed exile.

The truth about the disappearance is far less glamourous than the myth. Fretwell left music to become a full-time Dad on the South Coast, turning back on the music business that demanded more of the likes of Run, the single that ended up bookending Gavin And Stacey and which showed his potential reach.

Busy Guy feels like an antidote and response to that. Fretwell’s parts were recorded in an afternoon with Speedy Wunderground’s Dan Carey in a London studio. The producer then sparingly added bass, cello and other subtle instrumentation. The brevity of the recording process allows the album to capture the spontaneity and rich emotional depth of the songs and performance. Fretwell’s voice sounds more evocative, rich and expressive than it ever has done before.

The songs on Busy Guy come from personal experience and observations. Opener The Goshawk And The Gull is drenched in sad regret. Oval and Embankment set flags across London as do many lyrical references throughout the album. The Long Water seems to ask “where has all the fun gone?” to no one in particular and to everyone at the same time. Almond, clocking in at close to seven minutes of Busy Guy’s thirty-seven, feels like a late-night stream of consciousness.

Whilst this is personal and many of the details specific, there’s a relatability that remains central that he hasn’t lost. Like many of us with age, the inner monologues he’s put on show are more reflective. They delve deeper into his own psyche and motivations rather than the more superficial words and actions of the younger man. At times it’s unnervingly uncomfortable, asking difficult questions to himself and the listener. However,  this very much draws you in to his world rather than pushes you away.

Busy Guy has the feel of an album that’s been a lifetime in the making. Freed of the major label pressure to write hit singles, it is a very simple record wracked with fragility and vulnerability. It is a response to the world around him falling apart during the process of crafting it. The silence and spaces in the songs often have as much impact as the guitars and the words in creating the effect that you’ve been let into the most private thoughts, emotions and fears of its creator.