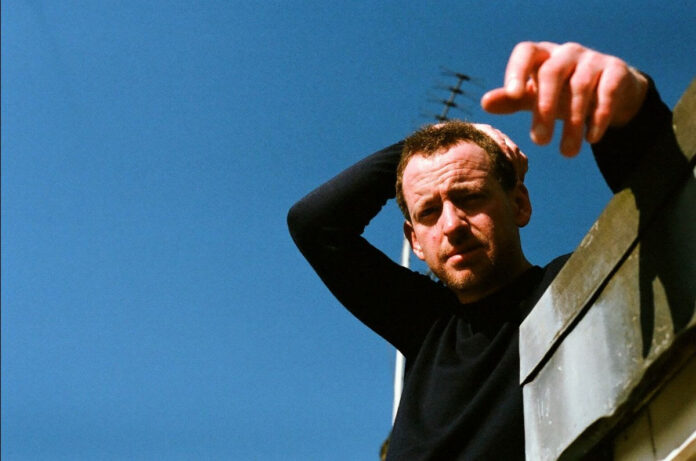 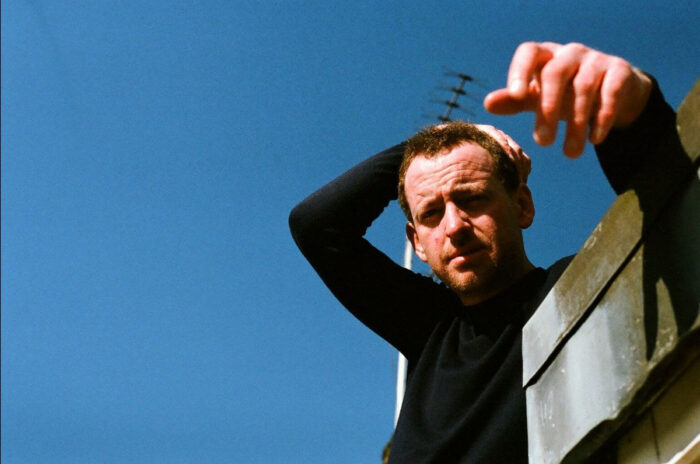 After dropping the excellent new track Oval back in March, the lone troubadour Stephen Fretwell announces the release date of his new album produced by Dan Carey (no relation!) and it’s a nice mellow affair that tugs at the heartstrings with some cracking stories about relationships and the scenes he’s witnessed in the long haitus since Man On The Roof. Judging by the photo above he’s still on it. Someone get him a ladder from B&Q. Busy Guy is released on the 16th July via Speedy Wundergound and new track Embankment can be heard HERE. Here’s the low down…

Busy Guy was produced by Fretwell’s close friend and Speedy Wunderground label boss, Dan Carey. They recorded the whole thing one hot July afternoon in just two hours. “I was so fired up, I just rattled off the songs,” Fretwell says. “I assumed it was the run-through, but Dan said he thought we’d got it.” The next day, Carey assembled “a palate of sound” involving keyboards and an electric guitar. “Dan said, ‘I’m just going to react to the songs over the next few hours’, and that’s the finished record, besides some cello.” The album title was also Carey’s idea. Fretwell explains: “Years ago, Dan asked why I always carried a copy of The Guardian, a notebook and a pen when all I did was go to the pub. I said: if you go to the pub at 11am with a newspaper, a notebook and pen, you look like a busy guy rather than a pisshead. It became a joke between us. The joke too is that I didn’t do any music for years.”

The album was recorded at Dean Street Studios in Soho, not far from where Fretwell now lives, and London looms large on the record, in titles like Oval and Embankment: stops on the Tube, and urban images shimmer as Fretwell captures a city full of pride and secrets. He wrote most of the lyrics for Busy Guy sitting in the British Library, “taking the songs to pieces and reassembling them, refining the words, thinking about the stories.”

And what stories. From the album’s opener, The Goshawk and the Gull, a wintery lament shot through with foreboding, the album moves through characters and scenes, from shorelines to collapsing buildings, looping in its callbacks with panache. Fretwell is a seasoned craftsman, and this is an album that sneaks up on you; that hunts you in the listen. The themes of the record are heavyweight – the breakdown of a relationship, lost love, lost family, guilt, yearning – but there is boldness in the delivery that provides uplift to the emotional heft. Several of the songs have colours for their titles: Orange, Green, Pink, Copper. They hit like a series of fever dreams.

There are moments of visceral delight, of ripeness and fullness in nature – blood, milk and honey, peaches and almonds – all set against the backdrop of the slow-burn of long-term love. Fretwell is a true poet with his imagery – taking us on a tour of the universe as he tries to conflate the experience of loss and love on a major scale, yet never wanting to assume grandeur, always dancing that fine line between statement and question. He takes us right up into the cosmos, to “moon craters” and “crazed constellations” (‘Green’), to religion’s saints and angels, and right back slap-down down to earth again – in the grotesque detail of horseflies twitching in last night’s wine glasses, and the fridge-cold lagers the narrator of Pink has brought for the beach: a peace offering, but also an opt-out.

Summer features heavily on the record, but also not-summer, a desire for summer, and, ultimately, a resignation to time passing, to the approach of spring. Almond features Spanish guitar flares – hints of heat, of holidays past. The coast also plays a big part, no doubt due to it being the setting for much of Fretwell’s recent life in Brighton, and seabirds as well as sea animals duck and dive through the lyrics, offering levity in the album’s darker moments. There are wry takes on urban life, on white privilege, on satisfied songbirds, and never quite settling into middle-class family life.

These relaxed tones, combined with the bright energy of Copper break into the harder beats of Almond, where “the sun tries, but it can’t get through” and summer starts to lose all its shine and expression itself seems under threat. “A love song is croaking,” he sings. ‘Almond’ tells the story of a relationship, from meet-cute to heartbreak, packed in a bittersweet little nutshell. “‘Almond’ dips in and out of a relationship I had over 20 years, from fumbling around in a doorway to having a child,” says Fretwell. Words weave and tangle in the album’s latter songs, a mind and life unravelling, a descent to the gut-punch moment, spelled out in the album’s final song, Green.

But it’s not an ending so much as the beginning of the cycle all over again. While Busy Guy acknowledges tragedy, it is also punctuated with hope. The narrator of ‘Embankment’ might beg for his body to be dragged from the water, but his heart is still beating. Busy Guy is a record that dips into darkness but ultimately shines in its own light. A record that symbolises a waking up. A fresh start. A newness that bears the weight of the past but uses it to great effect.

Stephen plays a sold out show at Night N Day Cafe, Manchester on 17th July in association with Piccadilly Records.