Home Music Music Interviews Stephan Moccio wrote Wrecking Ball but goes back to basics for his... 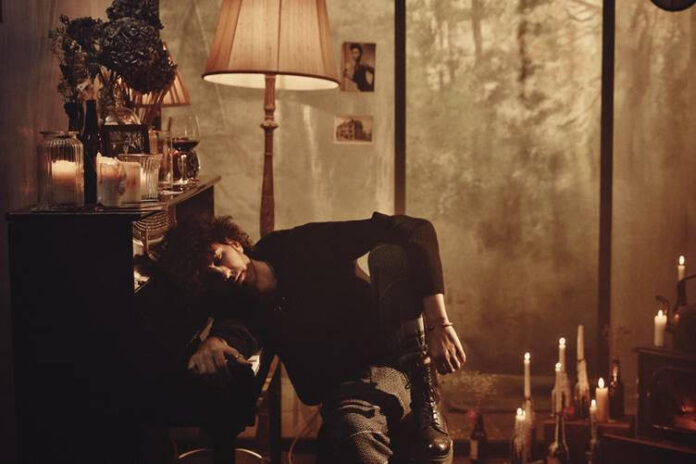 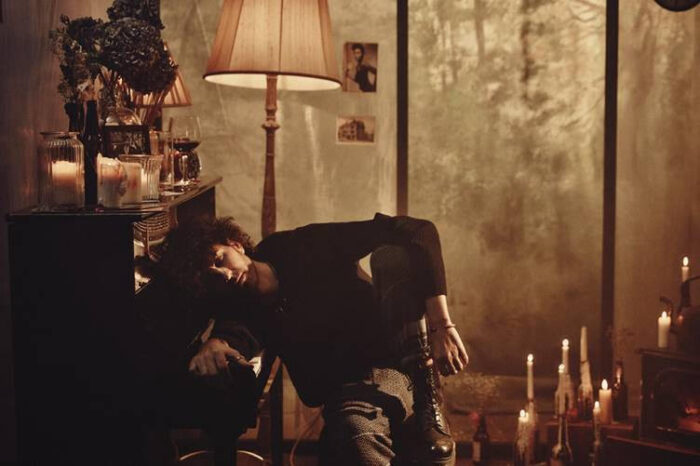 You might not instantly recognise Stephan Moccio’s name, but he is a top class producer and songwriter who has been at the heart of crafting worldwide smash hits from Celine Dion’s A New Day Has Come to the phenomenon that was Miley Cyrus writhing around on a Wrecking Ball. Paul Clarke has a chat with the man himself…

Like many top-class backroom geniuses who write and produce for the big names Stephan is a classically trained pianist bringing an inbuild sense of melody to his writing and production duties.

But after nearly two decades on the endless treadmill of working with others Stephan took a decision to step off so he could return to his first love writing a solo album, Tales of Solace, on piano. The result is a series of what he describes as melodic, tender mediations designed to soothe our troubled souls.

“England has a lot to do with this record, and I want to state for the record that I’m a Canadian living in Los Angeles,” says Stephan sitting in his cosy LA studio surrounded by banks of keyboards. “I have an affinity for all things English as well just because of the relationship between both countries.

“Two years ago my life was just big, complicated with kids, jet setting producing and working with big artists. The music industry was just honestly wearing me down, I was working on a string session for Celine Dion at Air Studios in November 2018, and BBC Radio 3 was playing Vaughan Williams when I checked into my hotel. In that moment I made a promise to myself that it’s time to go back to the piano.”

There’s no doubt the life of a globetrotting producer and composer is glamorous but nearly two decades of working with teams of people, plus the relentless pressure of trying to write the next smash hit, had taken its toll on the affable Canadian who grew up in Niagara Falls.

“I’ve been working with these megastars and incredible pop acts and it’s an incredible ride, however, I felt there is lot of politics when you are producing other people. You don’t have full creative control all the time and you don’t know if your music is going to go on the radio.”

“The only way to survive in pop music these days is if you have radio hits, period, and you write them. Otherwise you can no longer make a living as we are no longer selling records.”

After that epiphany in a hotel lobby hundreds of miles from home Moccio knew it was time to take back control as a solo artist. After meeting with Decca Records he got the green light to record a much more intimate, personal record just sat at his piano.

“Money has never been my drive as I came from a musical family, I just wanted to come back to a place where I had full creative control. I cleared my plate, finished the Celine Dion album and recorded Tales of Solace last year.”

“The beautiful, perverse part is I wrote this album pre-COVID, and the perfect storm of me feeling the need to come back to something simple, handcrafted, and the world suddenly shutting down is one of the reasons this album is being embraced so well.”

One of the greatest strengths of the solo piano is it is such a human instrument capable of expressing all of our complex emotions from joy or love to melancholy and heartbreak. So Moccio retreated back to his home studio using all his years of sitting in the producer chair for others to create something he hopes will reach people in these strange and troubled times.

“This piano in particular where I record the album has a piece of felt on it so it creates this intimacy and a chocolatey sound,” notes Moccio as he casually picks out the melody for a song called Fracture on his piano. “A lot of music critics are very complementary to the sound of this album, and I went to great lengths to record it properly with my engineer with the right microphones to achieve a sound that was unique.”

“The album’s purpose for me is to be a necessary companion as it is just me and my piano, so I am holding a conversation with this instrument. It is meant to be an album that is introspective, to give you time to think – you can cook to it, chill, read, be in love in to and break up to it. There is a honesty to it, and it was a cathartic experience as I was going through some personal changes myself.”

Fractured is the most personal and honest piece on this record as despite all his success Moccio tries to make sense of some significant changes in his life.

“The album has been very therapeutic for me as my wife and me went through a separation last year, she is my high school sweetheart, so we’ve been together for 30 years. Inevitably in all relationships things become fractured so there is a bittersweet quality to that song. The album was just to help me get through a difficult time.”

“Life was just a lie. A big life, the travel and balancing success is not always easy. Sometimes we’re successful for the wrong things we want to be successful for, so I felt like a bit of an imposter to my own success, Yes, I love producing big projects and orchestras, but I am a really authentic and simple man.”

But as well as the deeply personal, Moccio has used the range and depth a piano can offer to tell stories. After watching Rami Malek’s Oscar winning performance as Queen’s flamboyant frontman, and fellow pianist, Freddie Mercury he was inspired to write a piece in his memory.

“I am a genuine Freddie Mercury and Queen fan, but until I watched Bohemian Rhapsody I didn’t realise to what degree he was in love with Mary Austin. I’m not gay, but what I found so beautiful about that was I’ve had many relationships myself where you can love somebody, but you can’t give yourself fully because you are part of the world or your career.”

“He left his estate to Mary, and wrote Love Of My Life for her, so there is beauty and tragedy at the same time. After the movie ended, I was in the studio where I have a movie screen, and I wrote this beautiful tender theme as an ode to Freddie himself because he gave us so much.”

Stephan Moccio Tales of Solace is out now on Decca Records. In the next part of this interview Stephan talks about Celine Dion, the madness of Wrecking Ball and his night playing at the Oscars.