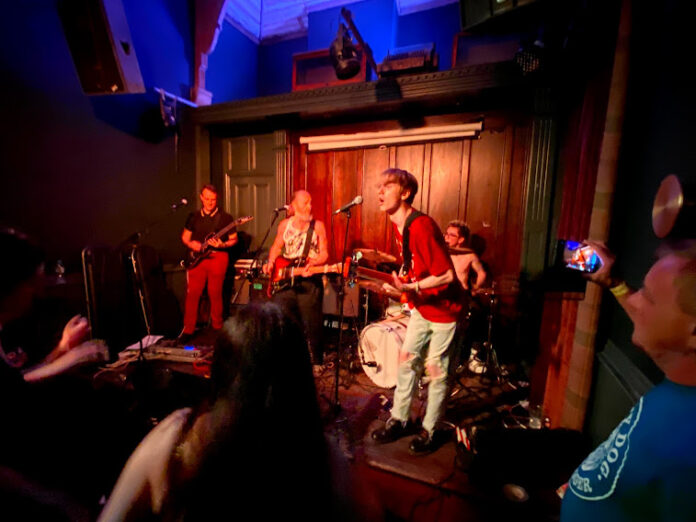 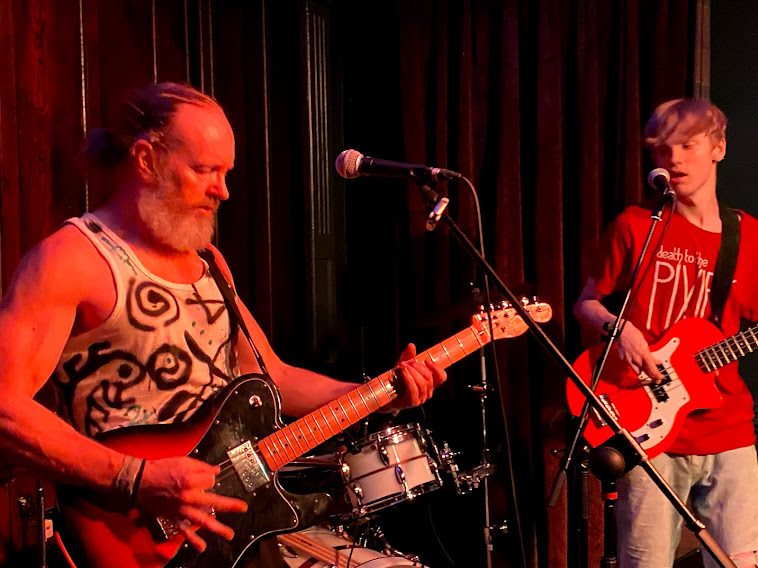 Waaheeyy!! I’m at a live gig! My first venture into Town (as we affectionately call the Oldham Street stretch of our beautiful City!) I catch a top as fuck gig with Stepford Wives at The Castle, a great venue that’s hosted the likes of the excellent John (x2) and is still as sweaty and mental as I remember it! I, Wayne AF Carey gets back into the mosh pit of madness to witness a gig to remember with the return of the excellent Stepford Wives with exceptional support from the cream of new Manchester up and coming bands…

Call me an Uber I say to my slap headed mate who used to have hair gig buddy, the legendary Matt Woods who has been my sidekick for years. We trundle down Swan Street and have a pint in The Monkey to chat about The Concert For John looming in a weeks time, with Matt Burgess who has been instrumental in the whole organisation of a gig for the legendary John Hall. We trundle through the mean streets (fuck off!) of Tib Street and arrive at the small venue. Loads of twats well younger than us are singing Parklife like it’s 1999. They weren’t even born when that tune was out! Funny as fuck though. We arrive to a crowd of enthusiastic like minded music lovers who are just fuckin buzzin for this.

The first band on were supposed to be Pool Sharks. Fuck knows where they went! Replacement back up were a band called Harpens Kraft who totally slayed me. Listen up gig goers. TURN UP FOR THE SUPPORT BANDS!!! When they started off I actually thought they were a shit Oasis (Oasis were shit anyway…) yet they turned it around after the first tune and totally blew me away. Think about all the new bollocks bands like Squid and Black Country New Road with their art wank shit. Think again… These guys are amazing. No shouty bollocks whatsoever, just proper tunes in the vein of early Talking Heads, Joy Division and bass lines to kill for. The bass was actually a massive backbone to the whole concept of their sound. I’ve not been out for a while but I know a good new band when I hear one. A set of absolute madness and pure cool. The lead singer should take his fuckin top off though! 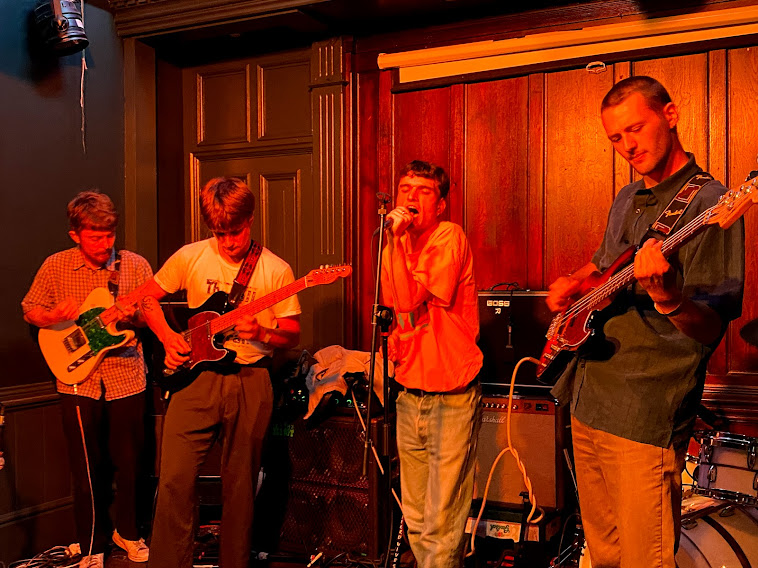 Next band up Pleasures were just a fuckin laugh. The lead singer was proper animated with his mass of hair threatening the audience. It was a performance of manic grunge that was filled with loads of funk. The songs changed from Nirvana-esque rock to the type of Funkadelic sound that really made you think ‘Where are they going?’ A belting laugh with an enthusiastic frontman who needs a good chat with The Pagans S.O.H. for a bit of direction. I liked them.

Now I get to Woman You Stole. Not a bad band at all. They just don’t seem to fit into this set up at all. I’m not into slagging bands off and I never will, yet they don’t suit this lineup. They are a sort of 90’s sounding Throwing Muses / Madder Rose thing that doesn’t sit with the crowd here. Call me a bastard but I’m being seriously honest here. They are really good but need to play in a different scene.

Now I’m talking a different level here. Stepford Wives are fuckin amazing. Last time I saw them live they were good. They’ve gone beyond that tonight. Niklos has totally upped his game with the tightness of this amazing punk assault of brilliant songs that punch you in the gut with the pure punk sound of this rejuvenated blast of power that hits your senses with a bang. All brand new songs that kick you up the arse with a fire and passion of what live music is about. As he said to me after the gig “We are not trying to be punk or anything like that. I have absolutely no interest in dredging up the sounds of the past and attempting to be a copy punk band” I fuckin told him “You don’t need to explain to me” An immense set of loud as fuck clever shit tells it all. I know none of the songs as they are all new or reworked, except the ska flecked I Can’t Fight which has the crowd going fuckin mental. A totally tight set from a band who by rights should be fuckin massive sooner rather than later