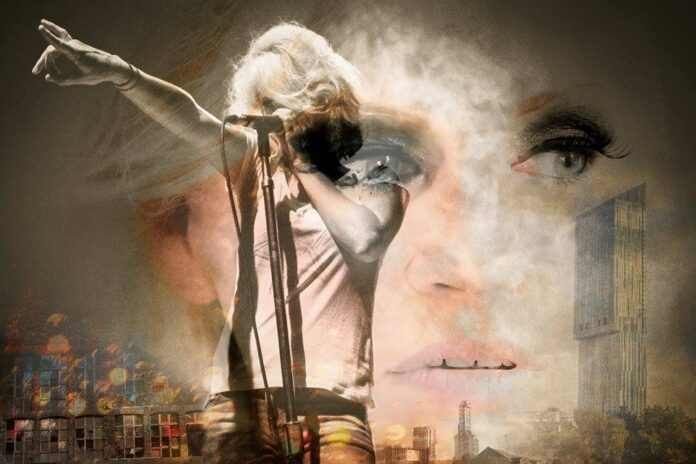 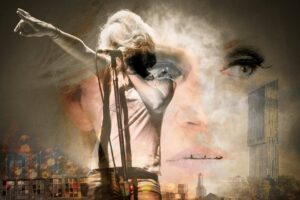 Stella is one of the key faces on the Manchester scene.

She fronted Intastella – whose wonky, tripped out pop was one of the highlights of the so called baggy years. She turned to the theatre with her brilliant play about Nico and is currently touring her amazing new play, ‘The Rise & Fall of a Northern Star’ which is a stunning rock n roll story written and performed by Stella which tells the tale of the rise and fall of a northern singer- it’s gritty, funny and brilliantly acted and scripted and has been creating grass roots buzz that will see it break through soon.

It also has a soundtrack written and sung by Stella – she has been recording it and we sneaked a preview of it and it sounded fantastic- sung with a cracked actor voice that drips Marlene Dietrich late night croons mashed with dub and Tom Waits kinda wonky blues it’s a great record and will be out later this year.

number 1 : My Life in the Bush of Ghosts- David Byrne and Brian Eno

A one off, off its head masterpiece. It’s very visual music which is what I love. The sampled vocals, tones and repetition get right in your bones an astounding Album by two proper talented artists.

Following a hugely successful mini autumn tour ~ and an award nomination by The Manchester Evening News/City Life Awards for best theatre show ~ Stella Productions is proud to announce a new UK tour for theatre production, The Rise And Fall of a Northern Star.

This unique music play ~ penned by writer, actor, musician, Stella Grundy ~ blends comedy and tragedy, interspersed with original music and a rhythmic pacey dialogue and has had numerous rave reviews!

The Arts Council have ~ once again ~ announced that they will continue to support and fund The Rise and Fall of a Northern Starthroughout the new Spring/Summer tour, which includes 2 performances at music mogul, Alan McGee’s much talked about new venue in Wales, The Tabernacle.

To coincide with these dates, Stella Grundy will be releasing a concept album which she’s currently recording at Gadget’s Lab Studios in Manchester with Jonathan Hurst. Stella’s original script for The Rise and Fall of a Northern Star was developed from nine of her self-penned songs. The album will feature the legendary ~ Jah Wobble and other guest musicians ~ and will be produced by Stella herself.People are already talking about it!

Stella has created an illusion that her character, Tracy Star is from a specific musical era in order to enhance the audience’s experience and emotional connection. Using magazine covers, photographs, videos, film footage and websites, Stella has also created a mock documentary, Then and Now featuring interviewees: Clint Boon (XFM/Inspiral Carpets), John Robb (Louder than War), Dave Haslam(writer/broadcaster/DJ), Jah Wobble (Public Image Limited) Mike Joyce (BBC 6 Music/DJ/The Smiths)…These ‘talking heads’ all form part of the central character’s narrative, adding depth by reminiscing and providing humorous anecdotes about central character Tracy reacting to real historical moments from Manchester’s musical past. Both Then and Now and Stella’s album will be available for sale at the Spring/Summer tour dates, as well as online.