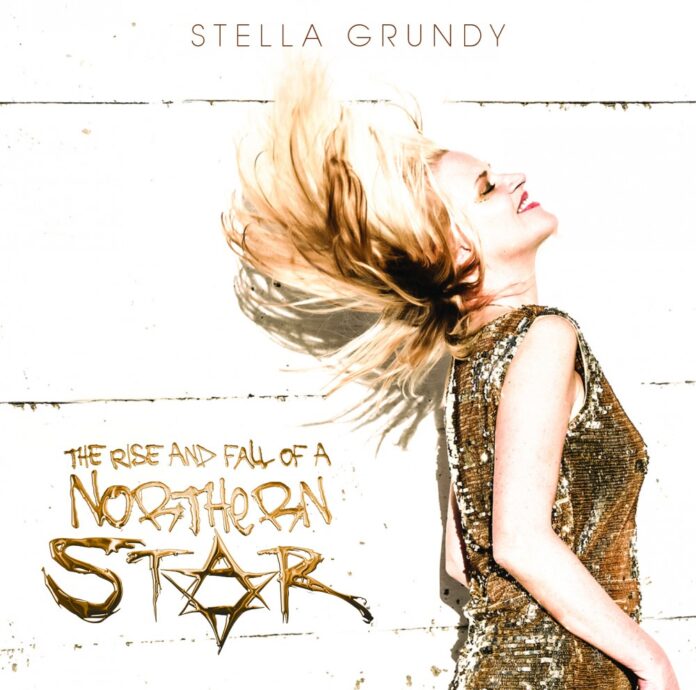 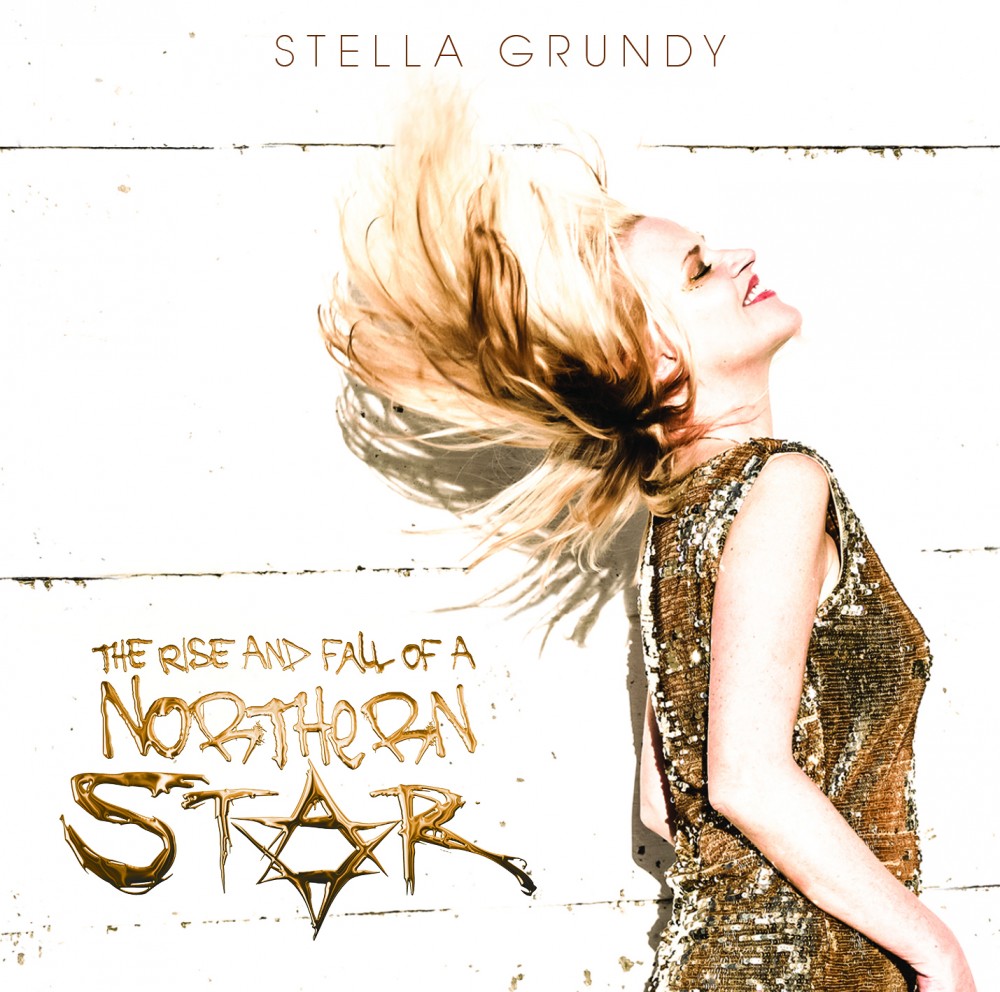 Intastella singer Stella Grundy releases her first solo album, the soundtrack to her hugely successful one woman play ‘The Rise And Fall Of A Northern Star’. Nigel Carr talks to Stella about the inspiration behind the album which he reviews below. Photos are by Dave Gleave.

“What I’ve done is what I wanted to do which is have an album that I have made – to produce an album of the songs, an album that I was in control of – one that I could right some of the mistakes I’d made in the past” “It was a promise I made myself when I started this project” – Stella Grundy.

I first came across Miss Stella Grundy a year ago when a friend of mine asked me if I’d like to go and see a show at The Blue Cat in Heaton Moor – I had no preconception of what it would be about but frankly the thought of watching a play that consisted of one woman on the stage for an hour and a half kind of left me cold. How wrong I was…

This was a story of carved from experience, of struggling with the complexities of manipulative and predatory promoters, record label bosses and wise guy American chief executives. A story of togetherness, comradeship and a looking out for each other in a way that just wouldn’t happen today in the era of get rich, give ME a shot at fame, quick, wannabe fuck everyone else self centred egotism. An era where after struggling for years on end, touring for nothing, recording and selling nothing and then with an off chance of real success you wouldn’t just stand on a stage in front of a Cowell character and launch your mates in one sentence just to get a one percent shot at fame.

This was the story of Tracy Star, her struggle with her band and Miss Grundy pulled it off in brilliant style. It takes guts and determination to stand up in front of a crowd and to succeed, not only that but to intersperse it with track after amazing track is nothing short of genius.

These are the songs written for that play brought to life in a way that only Stella could. She’s been there and got the T Shirt and of course the over sized Y-fronts! Her band Intastella trod that path, they had their own shot at fame scraping in to the charts with a handful of singles and three cracking, pop infused, trippy albums but ultimately failed to make the big time. Stella rolled all that experience in to her show, voicing all the characters and singing all the songs, the soundtrack to a life on the road, a life of optimism, looking up at the stars and the excesses before sinking in to oblivion. 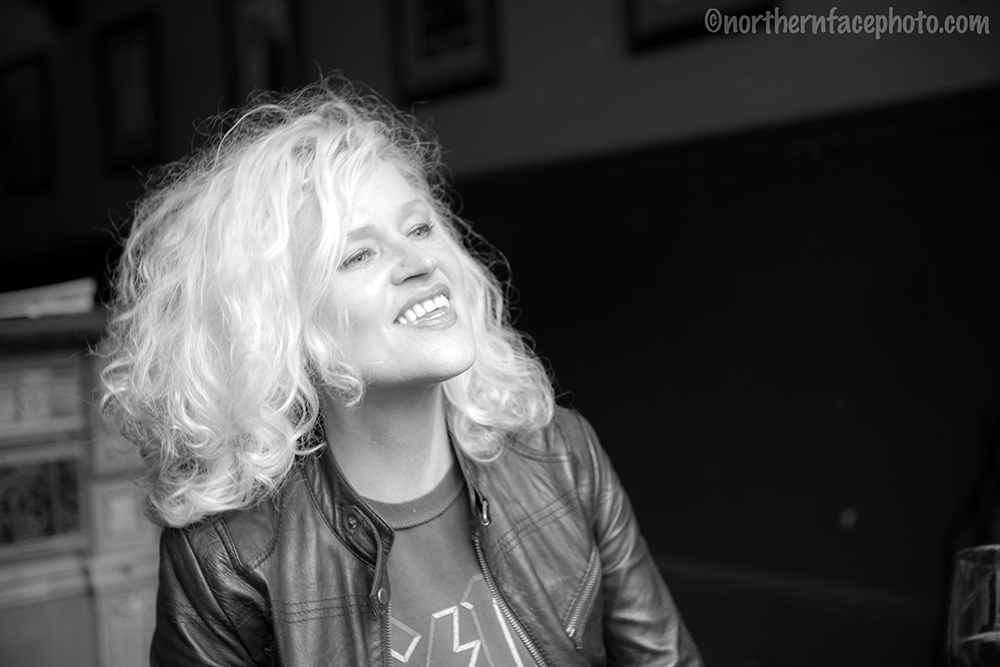 She has released this selection as a stand alone piece, a concept album that can breath outside of the show and trust me, she has made a blinding job of it! I had a chat with her about the album:

“It’s synthy as it takes it away from the piano – you do have that torch song element in it particularly at the end with ‘Just A Girl’, it’s unashamedly telling the story – The start of it is inspired by Lou Reed’s Berlin and It is visual, it is characters”

The album opens with Moon and High; solid melodic fantasy pieces which see our heroine reaching for the sky with wide eyed optimism with crunching, solid bass lines which underpin the album courtesy of PIL and Invaders of The Heart bassist Jah Wobble. Swirling synthesisers from producer Gadget (Jonathan Hurst), and harmonica give depth and a genuine warmth to these songs of naivety, hope and druggy excess. You can hear that Lou Reed inspired delivery – half spoken, half dreamy vocal, a voice mellowed over time by chocolate and cigarettes.

Star is a pulsing dance track, hurtling along the motorway with the band in the back of a white van; the story of a life on the road, short of sleep, dropping pills to get through gigs, the careering soundtrack to a life out of control, pushing and pushing herself into oblivion. The song builds and builds with screeching guitars and Jah, “Wobbling it up” with his charging bass, Stella sounding more and more manic as events spiral out of control, the cracks beginning to show. ‘Cocaine on our cornflakes…. Spinal Tap moment………Rock and Roll!’ 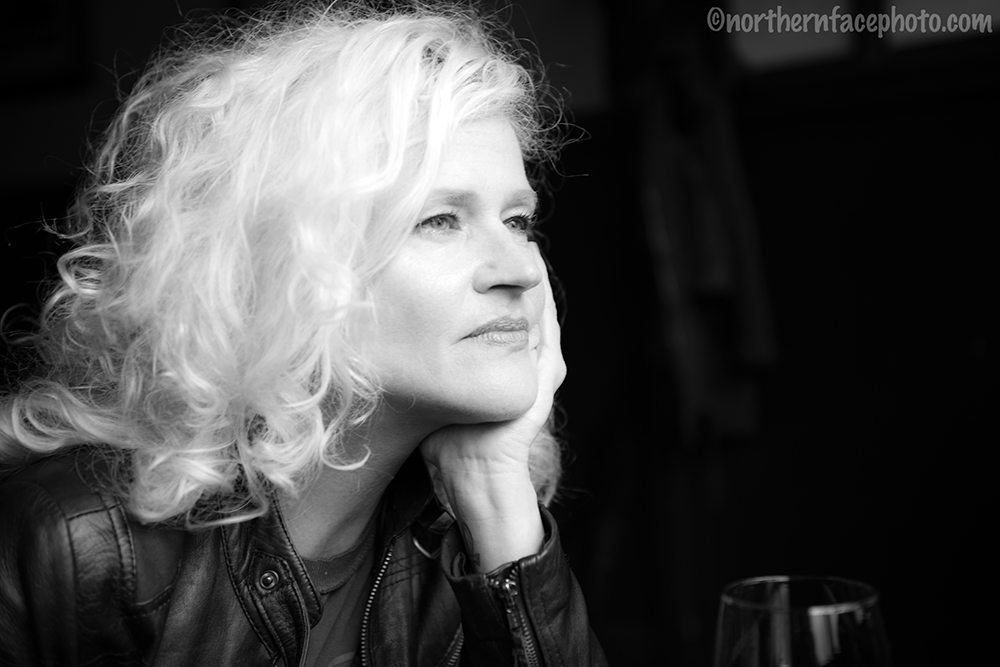 “It was like that touring at that level – it was great fun but it was the indignities of it, the little rituals and the habits of bands in the back of a van – most of the time its so not rock and roll, it isn’t, travel scrabble, you know what I mean? – doing stupid accents of every town you went in”

Lucifer is inspired by Aleister Crowly and 70’s Rock Stars’ obsession with the occult- it’s backed by Crowley’s Enochian Speech, a haunting demonic chant with Stella’s Sprechgesang delivery over the top. ‘I walked the wire – I stayed up three days for you’, which descends in to a manic nightmare of calling the devil before collapsing in to a drug fuelled, insomniac mania with wolves howling in the distance. The track is evocative of The Jezebel Spirit of Eno and Byrne’s My Life In The Bush Of Ghosts, a favourite of Stella’s and a strong influence on this track.

“It’s referencing Jimmy Page and looking up to what ‘they’ did and the thing about that tune is it’s difficult to scare people but I do like the way rock and roll used to be because they were entertainers and quite theatrical and that used to be cool you know, using sounds that weren’t created by instruments”

Goodbye has a hopeful French vibe to it with a reggae beat – again with a granite cast bass, this time with accordion. It’s the sound of our heroine checking out, simply stunning. The bass line is just brilliant and reminds me of Wobble’s earlier stuff with Bill Laswell.

“The main thing I do is root notes so I usually end up playing bass lines and that’s how I came up with ideas.”

Escape Hatch features an unmistakable double bass line from the show’s opening video; the theme song to the play. it has a super distinctive rumble, reminding me of the old Money Show theme tune, it’s deep, dirty blues, really standing out and along with Goodbye, a real highlight – just turn it up loud!

The album careers to an inevitable close through Blow and Heavyweight before Just a Girl – beautiful bluesy, classy and sophisticated and as Stella described it – ‘a torch song’, with piano sung straight from the heart with a background heartbeat to prove it. It lopes away dreamily in to the distance as our heroine OD’s – ‘Do you think you can open your eyes for me honey’ 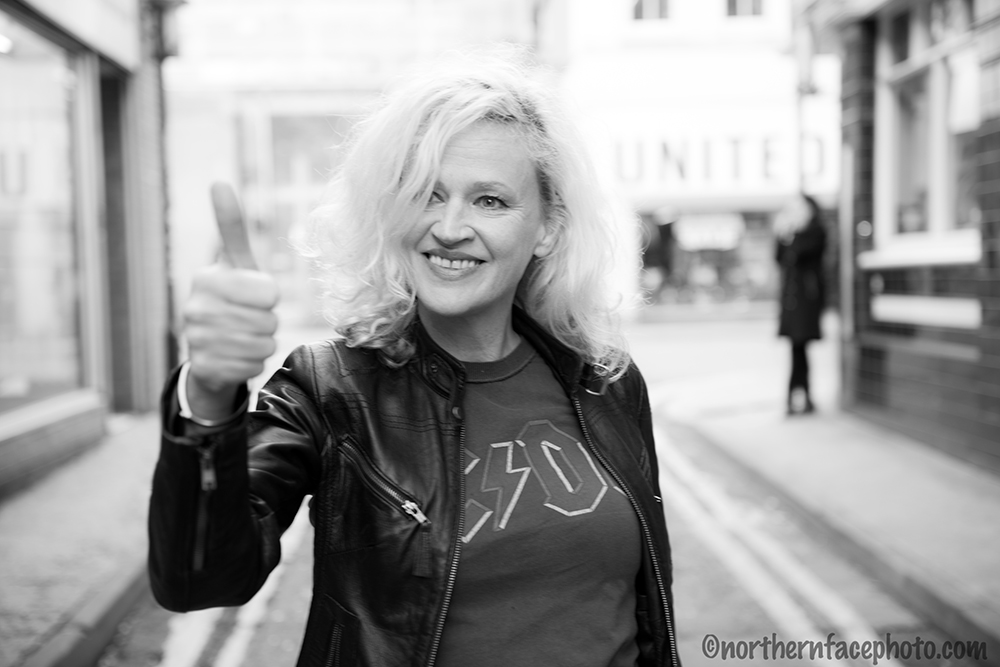 “My favourite track on the album keeps changing – but Just A Girl, I just think, it’s different, it comes over as an original song, It’s timeless that with all the right references, the synths sound great like Joe Meek but the piano keeps it the original side of it”

As a soundtrack to the show this album is perfect but it also has a life of its own and importantly, demands repeated listening. Stella recorded many of these tracks in one take so it retains much of the vibrancy and breathless delivery of the live shows. It’s a great album, so unique and full of soul, heart and emotion; a song cycle based the excesses of meeting other people’s expectations before falling apart and finally, thankfully, just walking away – there is only so much a girl can take I guess!

The album was recorded at The Gadget Lab and produced by Jonathan Hurst.

You can buy the album online here: theriseandfallofanorthernstar.com and CD’s can also be bought at the following shops:

The show ‘s Facebook Page is here, while Stella is on Facebook too and she tweets as @StellaProduct.