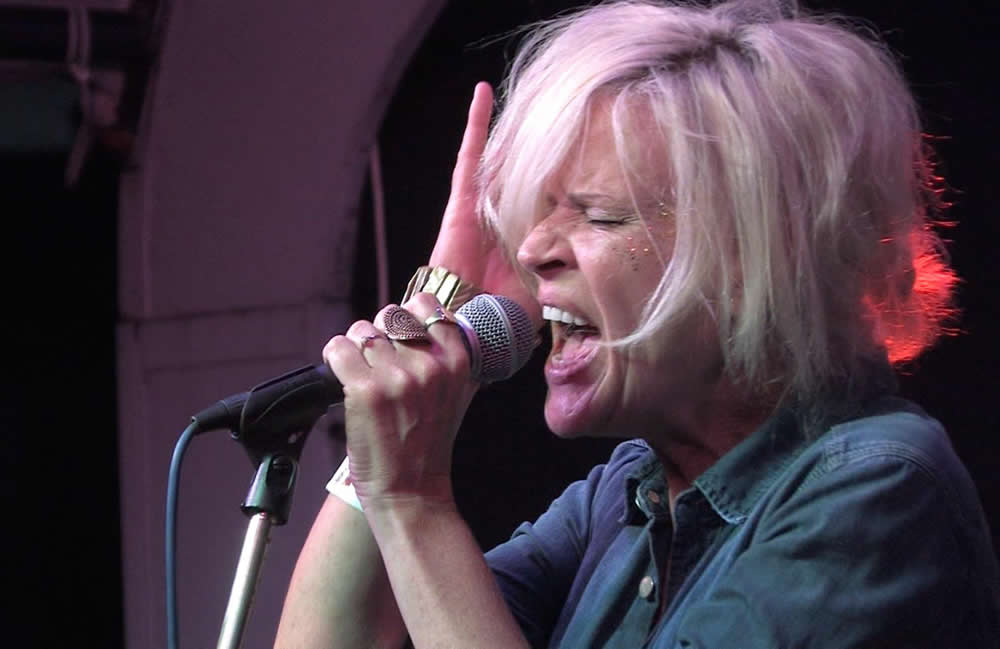 Stella Grundy brings her Magickal album to life with the help of a full backing band, giving it sparkle, depth and of course beats. Nigel Carr is on hand from Louder Than War and reports back below with photos by Jelly Universe Productions.

It’s taken a while to pull together but Stella has finally assembled the kind of band she can be proud of to bring her ambitious Rise and Fall Of A Northern Star project to life. The tracks which were released as an album appear in the play of the same name, which has been growing in reputation around the UK. I get the chance to chat to Stella before the show:

“I felt the songs were visual and had lot of dynamics to be live, people expect a natural chord progression but I don’t do it like that so it’s been a bit tricky – I’m using professional rock and roll musicians and making them play dance music, that’s why” 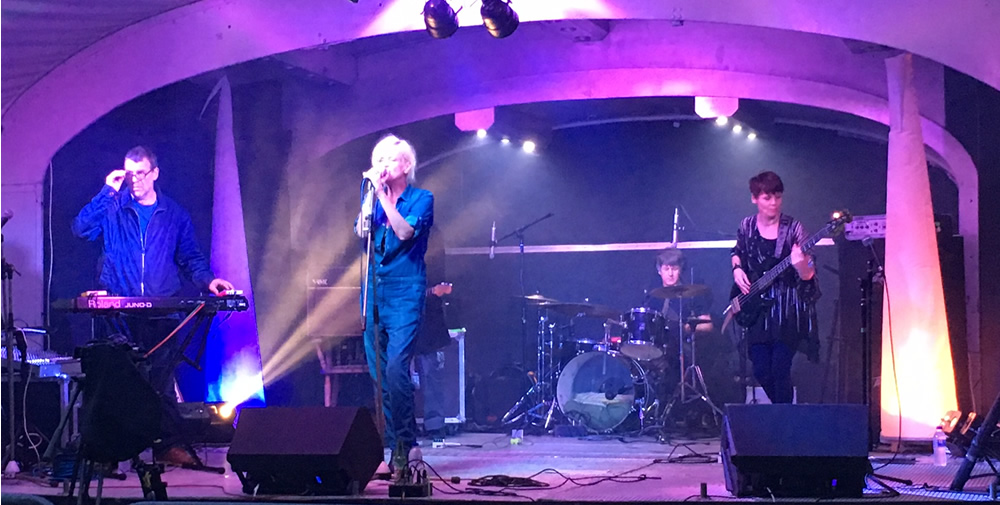 I’m in a field in Burnage a small suburb on the outskirts of Manchester and the heavens look as though they are about to open as the band hit the stage. From the opener, High you can see the effort that has gone in to the production of these numbers. This isn’t any old band, they are phenomenally gifted musicians and really know how to play. Karen Leatham bass guitar, Martin Bolt: lead guitar, Ben Knott: keyboards and electronics and Ian Budgie Jones on drums have all been frantically rehearsing and it shows. They made their debut at last month’s Blackthorn Music Festival in Stockport, their tight performance going down a storm.

They are here tonight to play just a short set of the highlights from the album and a couple of new tracks. As we get in to Escape Hatch which was originally recorded in the studio with Jah Wobble’s basslines, I realise just how much heavy dub and reggae underpins these tracks. It’s a deep throbbing, brooding number with Stella’s half spoken, half sung lyrics floating over the top. Ever the professional, she dominates front of stage, glitter faced, dancing with abandon at the mic. 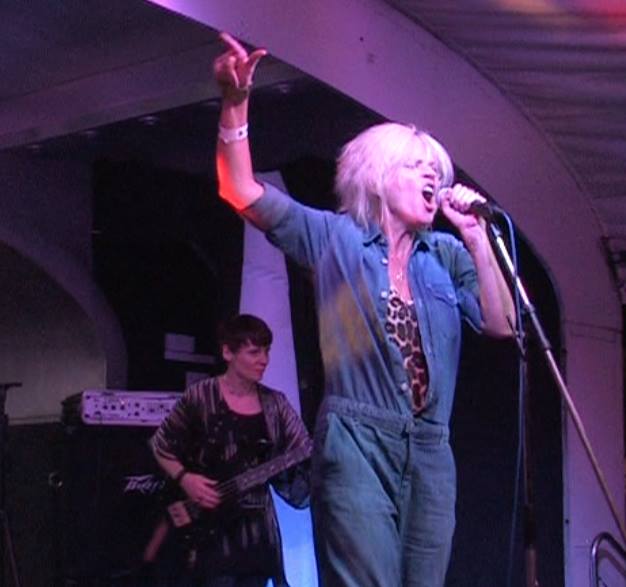 Goodbye sounds oddly out of place in a live performance as the following track, I half expect to see her waving us off, but it’s just brilliant; with it’s upbeat French vibe, it’s soaked in heavy dub which suits this ‘punky reggae’ audience down to the ground. Heavyweight is introduced as a song about ‘being pregnant’ and I get it now! ‘It’s a heavy weight I’m carrying’ with its funky keyboard backing.

Star gives her the opportuntity to introduce some thumping beats with its tale of touring in the ‘back of a van’ and she closes with the remixed, remodelled Intastella track Skyscraper. With the darkness closing in and the rain keeping off we slide on in to the night, with sparkling lights and a deep groove that has the audience dancing away in front of the stage.

Stella has been back in the studio remixing some of these tracks as full-on DJ dance numbers, some of which I’ve heard – I look forward to the full remix album!

You can read more about Stella and buy the album online here: theriseandfallofanorthernstar.com

The show ‘s Facebook Page is here, while Stella is on Facebook too and she tweets as @StellaProduct.

All words by Nigel Carr. More writing by Nigel on Louder Than War can be found at his Author’s archive