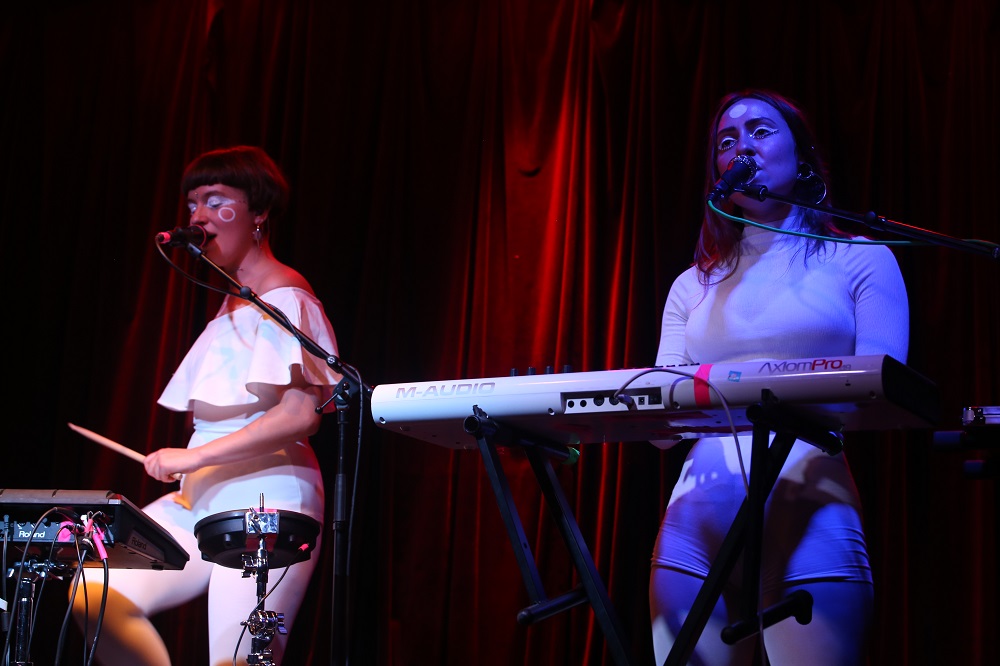 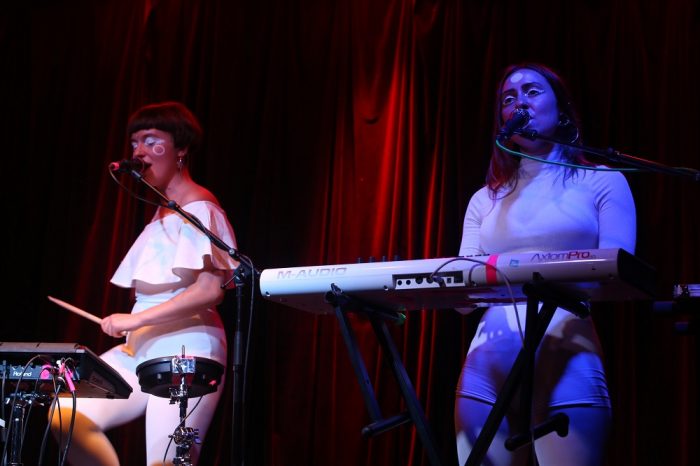 Once upon a time Stealing Sheep were a perfectly decent folksy trio then they discovered electronica and everything changed for the better.

Why bother competing with The Staves et al when you can knock out high quality bouncy electronic pop songs? Less The Roaches these days, but more influenced by the urban funk of ESG , the sweet soul harmonies of The Jackson Sisters and a great dollop of smart modern electronic acts, like Moloko, who know a massive hook when they hear it.

One of the great things about Stealing Sheep is they really think through their live shows so they march onstage in lurid face paint and matching white outfits. Sounds simple, but is actually a really interesting look, and most bands can’t be arsed making such an effort.

Their second album Not Real, which came out last year, was on almost constant rotation at 6 Music as intelligent pop music like this is perfect fodder for that station, and when all three mesh their vocals it lifts the soul on a humid Thursday night.

Drummer Lucy Mercer tends to take lead vocals as she bashes away at her electronic drum kit, but when they all chant their way through the chorus of a pop gem like Deadlock then it all really makes sense.

It’s also a rarity to see a band have as much fun as the audience as all three play with big smiles splashed across their faces as keyboardist Rebecca Hawley and guitarist Emily Lansley bop along with great gusto to their should have a hit, Apparition. Not Real remains their best tune, and is  a bittersweet pop confection full of clever loops and the preoccupations of three modern young women.

They encore with Gold, from their first album, which really benefits from the barrage of electronic beeps and choppy guitar they layer over it, and the lyrics are noticeably less angsty than their new stuff.

Talking to a punter afterwards he noted it was still pretty rare to see an all-female group, but who really cares about gender in music these days? Even more so when you are having as much fun as Stealing Sheep clearly are.

You can find more about Stealing Sheep at www.heavenlyrecordings.com or follow them @stealingsheep