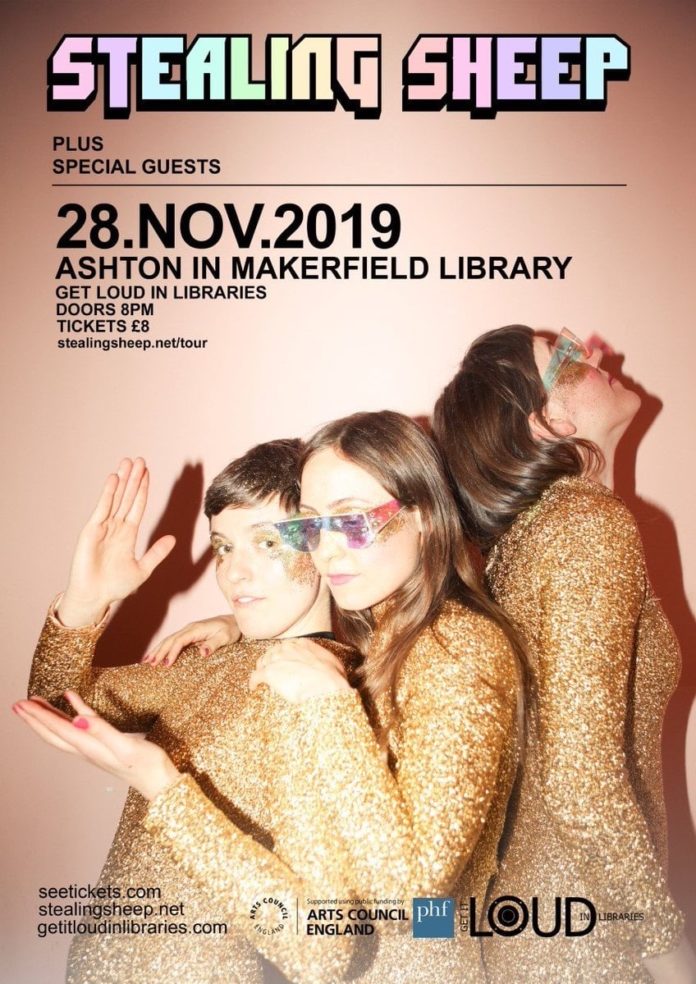 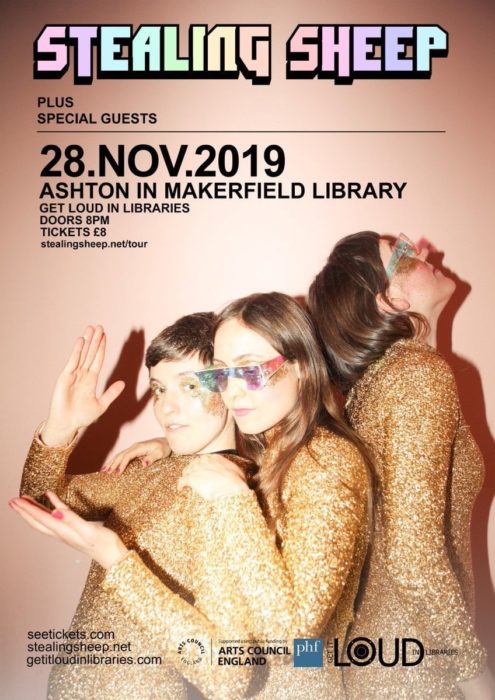 Hailing from Liverpool, Stealing Sheep are an art-pop band who formed in 2010 have now released three albums the latest being ‘Big Wows’ which was released to critical acclaim in April 2019.

As part of the award-winning Get It Loud In Libraries project the band played to a sold-out crowd in the intimate and unusual venue of Ashton in Makerfield Library in Wigan. For one night the library was transformed into a music venue and the band comprising of Rebecca Hawley (vocals and keyboards), Emily Lansley (vocals, guitar and bass guitar) and Luciana Mercer (vocals and drums) took to the stage to showcase their 80’s tinged, psychedelic, dreamy electro-pop.

With influences ranging from Kraftwerk through to Michael Jackson and Saint Vincent, the band delivered a great, quirky and very stylised show for the appreciative and diverse audience of just 120 people.

The bands vocal harmonies were excellent and the three members took turns on lead vocals as well as playing their instruments alongside some futuristic dance routines.

The setlist comprised of songs from all three of their albums but was primarily a showcase for ‘Big Wows’ which has a bolder, brasher and more pop sound than their earlier releases displaying growing confidence, experimentation and confidence from the band.

Stealing Sheep are currently on a tour of the UK (with this being the second show of the tour) with more dates scheduled for early 2020 and are definitely a band worth checking out for anyone who likes pop music.

For more information on Get It Loud In Libraries, go to their website here: