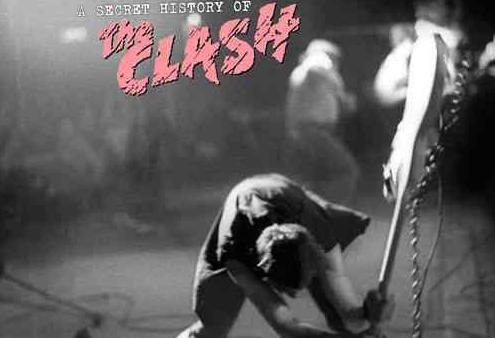 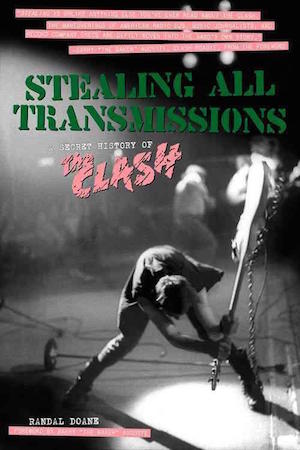 Stealing All Transmissions: A Secret History of the Clash – Randall Doane (PM Press)

Stealing All Transmissions: A Secret History of the Clash is a brilliant account of the rise of The Clash and their impact on America, with a foreword from Barry ‘The Baker’ Auguste. Louder Than War’s Dave Jennings reviews.

Randal Doane has produced a superb account from an American viewpoint of the development of one of the iconic punk bands and placed their career and legacy firmly in context, not just of their time, but in the wider picture of the history of Rock.

First up is a brilliant foreword from Clash roadie and confidante, Barry ‘The Baker’ Auguste. The Baker weaves an intriguing narrative of life with the band, from their early London roots to US sports stadiums. The reality of touring at the time is brought starkly into focus, none more so than when he describes the daily chore of scraping the previous night’s gob off amps and drums. ‘The Baker’ is ideally placed to recount the massive highs of Clash live shows and the mundane life between the shows. However, maybe his most perceptive comments emphasise the importance of this book in not just  chronicling the meteoric rise of The Clash in America, but also the importance of those who paved the way for this to happen.

Throughout this riveting narrative, we learn not just about the rise of The Clash from the cradle of UK Punk, but also the development and relevance of the phenomenon of ‘free-form radio’. This is essentially the rise of FM radio in 1960’s America which developed as a reaction to the DJ’s on AM radio who were simply pulling playlists from a small pool of well-known hit songs. DJ’s like Meg Griffin and Jane Hamburger emerge as unsung heroes for their determination to push an alternative to the celebrity-obsessed mainstream agenda. New York regional radio started increasingly playing the likes of Television, Talking Heads, Ramones and The Clash which was integral to paving the way for the success of The Clash in America. In fact, when free-form radio began to struggle New York’s WNEW effectively contrasted their playlist of over ten thousand records with that of WPLJ, their main rival, which consisted of a playlist of around thirty LP’s.

Meanwhile, over in the UK, the rise of The Clash is examined in the wider context. Doane identifies The Ramones as the single most important band that changed Punk Rock as after their debut album came out, all English bands tripled their speed overnight. The Clash were at  the forefront of the UK punk explosion, influenced by Bernie Rhodes mantra that they should not write love songs, but what was affecting them. Joe Strummer, who said that he realised his former band, The 101’ers, were dead the first time he saw The Sex Pistols, was the lyrical powerhouse assisted by what he called “the genius arrangements” of Mick Jones. The author states that the songs on the first Clash album are exactly what Punk should be, full on tracks that end at full volume and don’t fade out.

As big an impact as the band were having in the UK, their supporters across the pond were vigorously championing the band. Robert Christagu, Music Editor for New York magazine The Village Voice, called the debut Clash album “notoriously under-produced” and it was only released in the UK as CBS deemed the sound quality too low for US radio. Christagu, however, advised his readers to snap up import copies of this classic while they could which exemplifies the growing interest in the band in America.

While a certain view in the UK was that “Punk died the day The Clash Signed for CBS”, the band saw the move as a way to reach wider audiences in America. Maybe the widening gap between how the band were viewed in America, compared to their home country is best illustrated by reaction to Give ‘em Enough Rope. Described in the US as having “more guitars per square inch than anything in the history of Western civilisation”, the record was slammed in the UK with NME describing them as “a dying myth” and Melody Maker stating ”so do they squander their greatness”.  Lester Bangs writing in New York’s Village Voice however, described them as “the greatest Rock and Roll band left standing”. We are left to question whether America actually “got” The Clash more than their home country did after the initial surge of punk subsided.

There is a compelling description of The Clash’s two night stint at the New York Palladium in 1979 which vividly describes the opening of the show and reminds us what this book is essentially about, the music. An intro tape of Frank Sinatra’s High Hopes gave way to Simonon’s driving bass and Jones’s feedback drenched guitar as an opening salvo of Safe European Homes, I’m So Bored With the USA and Complete Control rang round the venue. Critics enthused about the tightness and overall quality of the live performance alongside the band’s attempts to involve the audience. However, it may have been the reluctance of the audience to engage that led to the iconic shot of Simonon’s bass smashing that adorns the cover of London Calling and this book.

By 1980, The Clash were embarking on a three week residency on Times Square and, in the words of Don Letts “practically ran New York for the time they were there. They graduated to playing stadiums and claimed America as their own, also paving the way for the likes of The Police, U2 and other ‘New Wave’ acts who would go on to play to large US audiences. The effect The Clash had on American music fans was undoubtedly massive, a fact underlined to me when talking to Patterson Hood of The Drive By Truckers and he explained how big an impact they had had on him and his approach to song-writing,

However, maybe the most poignant aspect of this absorbing account is the posing of the question, have we lost the likes of The Clash for ever? Could a band follow a similar career path with a similar philosophy today? The world and how we access music has undoubtedly changed beyond recognition from the time of The Clash, but we can still hope to see a band hurtling through full-on performances, singing songs that matter so much to them and their audience, can’t we? Maybe then the reality of who The Clash were, and the scope of what they achieved, which is captured brilliantly by Randal Doane in these pages, will be brought home vividly to a new generation.

You can purchase Stealing All Transmissions: A Secret History of The Clash here. Randall can also be found on Twitter as @stealingclash.

All words by Dave Jennings, find his Louder Than War archive here. He is also on Twitter as @blackfoxwrexham.