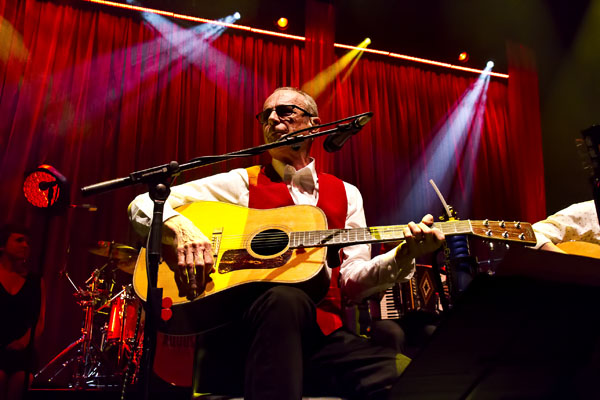 The Quo roll into town and Sheffield takes a break from the snooker to welcome the legendary (and of course mighty) rockers who played the second night of their 2015 Aquostic Tour to a packed house at the City Hall.

Status Quo go acoustic? It seems like an odd premise but the album of the same name, featuring twenty one acoustic covers of Quo classics performed in chronological order reached number 5 in the UK charts in 2013, their highest chart position since 1996’s 30th Anniversary album and a concert from The Roundhouse was broadcast on the Beeb and issued as a live album. Empty seats are few and far between. So even if the idea of acoustic Quo seems a little odd to me there’s no doubt the fans are on side already.

The acoustic album is an established part of the modern music business, right up there with the full album live performance and the special collector’s edition CD in a tin stuffed with imitation tickets and loads of outtakes that didn’t make the cut because they weren’t good enough. To some bands it might seem like an opportunity to cut costs and save some cash but Status Quo don’t do things that way. Apart from the five band members there is a six piece string section, two backing singers, and bass player John Edward’s son Freddie, (who has a considerable and vocal following among the Quo faithful). I think that’s everybody but there may be one or two more I missed. 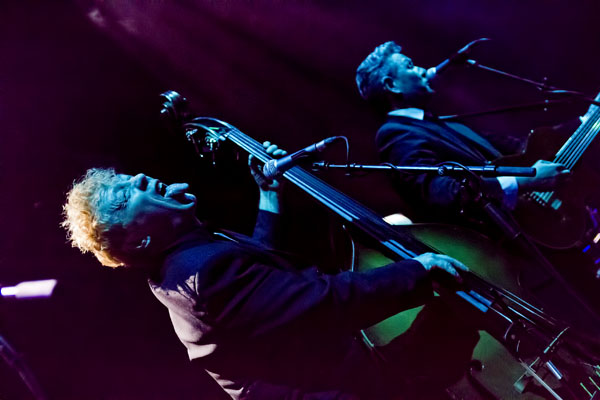 Acoustic reversioning is nothing new of course, you only have to look at the enduring success of MTV’s Unplugged sessions to realise that. I honestly thought it had died off in the late 90s (we only have free to air TV in our house) but it’s still going strong apparently, with Miley Cyrus the latest victim. Despite some remarkable performances, (Nirvana and Clapton being among the most obvious) there’s always something unedifying about the format however, an unspoken assumption that the performers in question need to stop hiding behind all that noise and play acoustically in order to prove their worth as musicians. With more than fifty years as a band Quo don’t appear to be in need of that kind of validation.

So if they’re not saving money and not seeking artistic credibility just what are Status Quo doing playing acoustically? The answer would appear to be that they are having a good time, sitting in a row, playing some favourite songs and cracking a few jokes. And why not?

First up are Terry and Gerry, Louder Than War’s favourite 80’s cow punk skiffle band complete with long black coats, shoestring ties, a washboard with one of those bits on it that sounds like the death rattle of your favourite clockwork railway engine and a ton of great little songs. Little being the operative word. Terry And Gerry seem to think that the phrase “three minute pop song” represents some kind of extreme upper limit on duration. I shoot the shortest three songs worth of pictures in history. 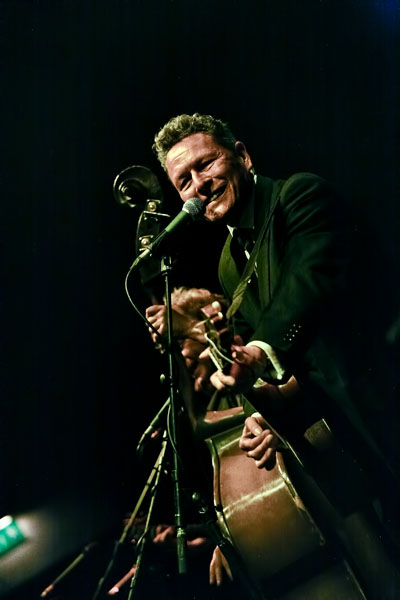 They’re masters of the art of creative anachronism, starting out in the early 80s (which wasn’t a skiffle boom period), appearing on The Tube and doing several Peel sessions back in the day when peel favourite was just a preparatory instruction in the post Grand National barbecue cookbook. Having been on hiatus for several years they reformed for a 2014 Peel celebration tour. They are bursting with energy and enthusiasm, apparently overwhelmed with their reception and the fact that people haven’t left by the end of their set, and seemingly on the verge of going into a full on Gwyneth Paltrow between songs.

Their exuberance certainly strikes a chord with the audience and their set provokes lashings of community singing, organised waving (some of it bimanual) and some great tunes, among them Kennedy Says, which features benedictions from a place in the sky above the White House and a posthumous pardon for the whole Bay Of Pigs thing, Clothes Shop, a hymn to the loneliness of sartorial elegance and teenage individualism.
I will confess that this was the first time I’d heard Terry and Gerry but it won’t be the last – great stuff.

Status Quo take to the stage in 5-2-6-2 formation with the flat forward line of guitar and bass, the big guys in the centre, backing singers in midfield, and the strings on the left of the defence. The songs adapt well to the new instrumentation and they the size and quality of the band mean that no two numbers sound the same, so there’s no danger of the set getting stale. Paper Plane is embellished with zydeco accordion, Rock’n’Roll is a delicate memento to the band’s heyday, Caroline is an up tempo stomp.

Of course the hits go down a storm and in this new format they sound thoroughly refreshed. Rocking All Over The World has a barrelhouse piano that transforms it into pure Rockney, Down, Down is up tempo concertina driven skiffle and Caroline has an streetwise boogie that belongs to the heyday of pub rock. It’s the less well known songs that benefit most from their new clothes however. (That of course means songs that are less well known to me – I suspect I’m the only person present who doesn’t know all the words to everything). My favourites are Rain, which fairly chugs along with a steam engine percussion and some hobo harmonica, and Don’t Drive My Car, possibly a riposte to The Beatles free and easy attitude to key sharing, with the rhythm picked out by the strings, some great backing vocals and guitar and a sort of Cossack soul vibe going on. 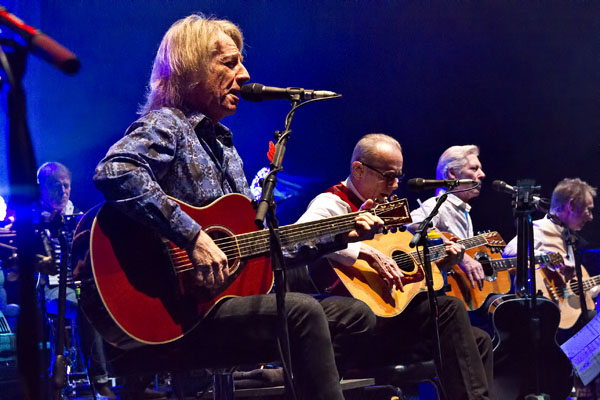 If there’s any fault to be found it probably lies with the choice of venue. With the best will in the world this is music for dancing to, (not by me I hasten to add, but by others), not for staying in your seat and listening to quietly but the stewards are polite but firm, there is no stage rush and people who get up and block the view are politely asked to replant themselves. Hats off to the brave few that just ignore them – it’s a fine show but the dancers are the ones who enjoy it most.

Status Quo are on the web at statusquo.co.uk. They are also on Facebook.

Terry And Gerry are together at terryandgerry.com and Gerry Colvin is on his own here – gerrycolvin.co.uk. They are also on Facebook and tweet as @TerryandGerry.