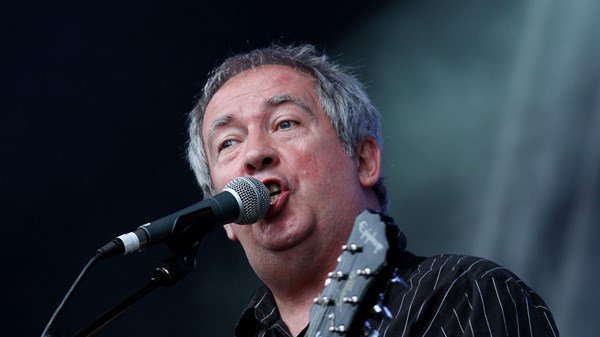 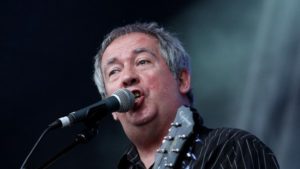 A councillor is petitioning for a statue of the borough-born punk legend following his sudden death on the 6th December 2018 following a heart attack.

Whilst many people are still coming to terms with the loss of Pete Shelley, Coun Paul Maiden, who also works as a music promoter, has gathered hundreds of signatures backing a bid to have a memorial statue of the Buzzcocks founder erected in his hometown of Leigh which sits within the Metropolitan Borough of Wigan, itself within the county of Greater Manchester.

Coun Maiden who sits as a Hindley Green Independent has also announced a fund raising gig to raise funds for the statues design and construction.

Maiden stated “We really don’t seem to recognise anyone who does anything of note in the borough,” adding “Shelley completed innovated punk music. He added melodies into it, he made the whole genre more melodic. Buzzcocks even shifted more albums than the Sex Pistols. I think it’s time that we thought about celebrating someone who has done something incredible in Leigh”

Shelly was born in Milton Street, Leigh on the 17th April 1955, later forming Buzzcocks, having met Howard Devoto whilst both were attending the local Bolton Technical College in 1975; they then famously travelled to High Wycombe to see a very early Sex Pistols gig – that gig spurred them to book the Pistols for the now legendary Free Trade Hall, Manchester gig at which Buzzcocks were the support band.

Shelley’s sudden death sparked a wave of tributes from musicians and fans around the world, LTW boss John Robb, a personal friend of Shelley wrote a particularly poignant piece (Here)

Tim Burgess, said Shelley would be remembered “for a long, long time” for his “brilliant” work.

He tweeted: “Pete Shelley wrote perfect three minute pop songs. The soundtrack to being a teenager. You’ll be missed Pete but you’ll be remembered for a long long time for your brilliant music.”

Red Hot Chili Peppers bassist Flea tweeted that the band’s Why Can’t I Touch It is “one of my favourite rock songs ever. Absolutely stunning. God bless Pete Shelley”.

Pearl Jam’s Jeff Ament said that he was “Hollow Inside”… “Playing shows with the Buzzcocks was one of the highlights of my life,” he said on Twitter. “I listened to Singles and Tension as much as any records I’ve owned. Thank you, Pete, for all the great words and music. ”

Johnathon Ross tweeted “I’ve seen a lot of great bands live. But the Buzzcocks at the Marquee in 1977 was one of the best nights of my life. RIP Pete Shelley. You were amazing.”

The initial fund raising gig takes place at The Boulevard, Wigan on the 19th January 2019; advance Tickets are £5 – the line up is still be confirmed.

Coun Paul Maiden can be contacted at Wigan Council