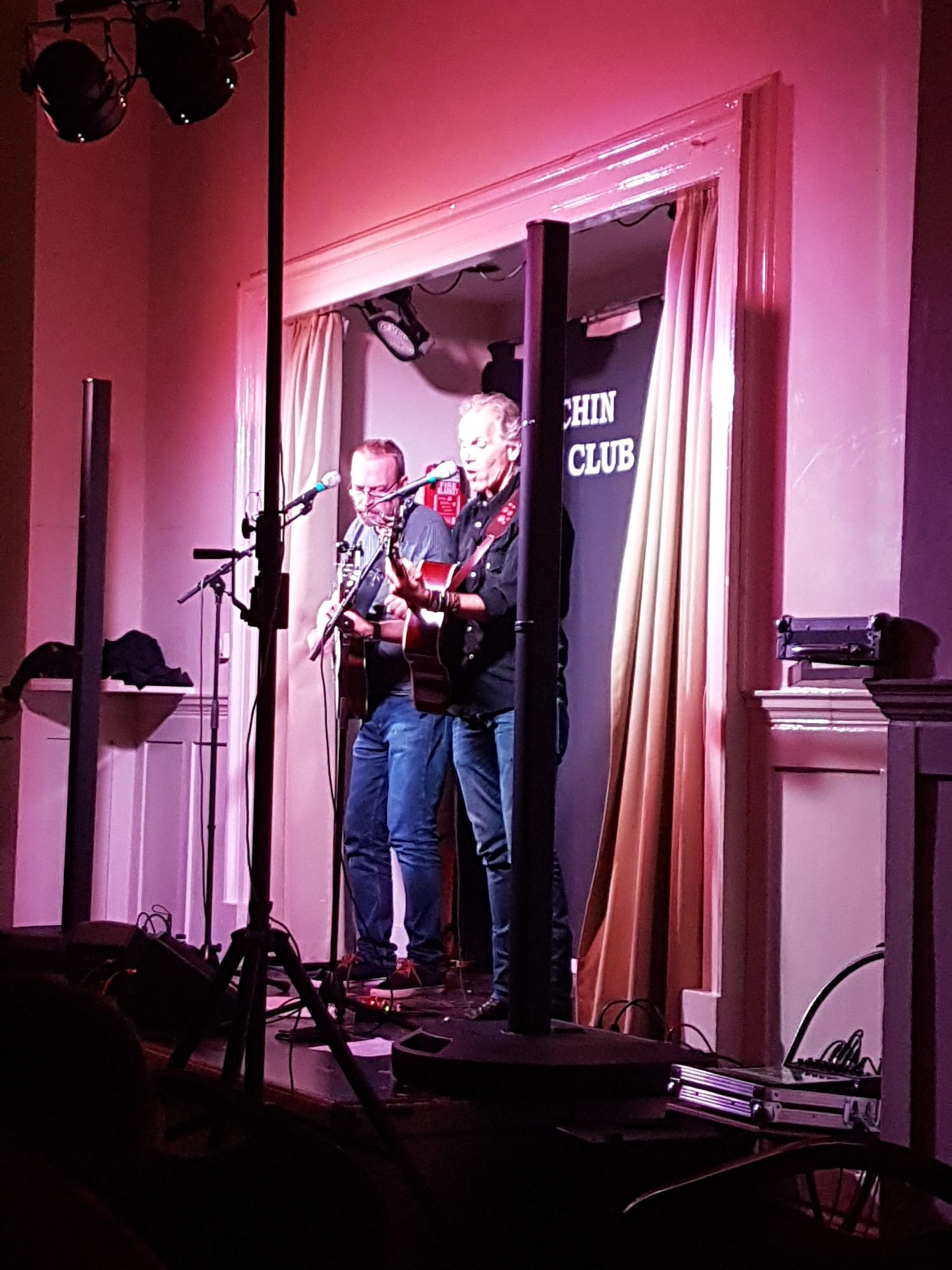 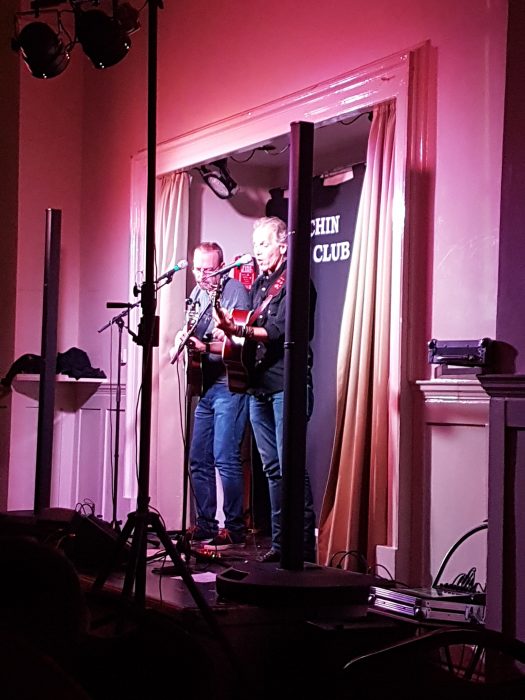 State Of The Union

State Of The Union are back on the road visiting every corner of the UK. Louder Than War’s Craig Chaligne caught them at the start of the jaunt in Hitchin.

The warm surroundings of the Sun Hotel felt even more welcoming on this rather damp Sunday evening. Organised by the Hitchin Folk Club, which has been putting on gigs in the city for more than half a century, this performance marked the start of a lengthy UK tour that sees State Of The Union promote their third LP “The Saltwell Sessions”. Composed of Boo Hewerdine and Brook Williams, the duo covers a wide musical spectrum, both musicians displaying talent in spades.

Brooks started the evening with a short solo set. It took only three songs (culminating with his hymn to the Isle of Man TT riders “My Turn Now”) for the American to win the audience over. Boo then joined his sparring partner for the first song of the new record, a number called”Halfway”. Brooks and Boo are well known for their songwriting chops but the new record is entirely composed of cover versions with Boo claiming that it was one of the most rewarding recording session of his career. Their back catalogue wasn’t forgotten with “23 Skidoo” and their cover of the Pet Shop Boys’s “Rent” (both from their self titled debut) being played during the first half. A spirited cover of The Beatles’s “One After 909” was one of the many highlights of that first set which our two hosts closed off with their theme tune.

Boo played three songs before the second half of the show, two of them (“The Man That I Am” and “Village Bell”) being his contributions to an album on Child Migration that was released two years ago. In an intimate setting such as this room at the Sun Hotel, the performer has to engage with the crowd, all songs were introduced by a short story or a joke. Boo’s dry wit and Brooks’s laid back sense of humour made the transition between tunes seamless. The second half turned out to be even better with a great take on Dave Alvin’s “King Of California”, a song that Brooks has got down to a t. They proved their versatility by jumping with ease from Johnny Cash (“Get Rhythm)”to Tom Waits (“Come On Up To The House) and with a jazz standard thrown in for good measure (“Unforgettable”).

They are touring the UK for the whole of October. Make sure you catch them. 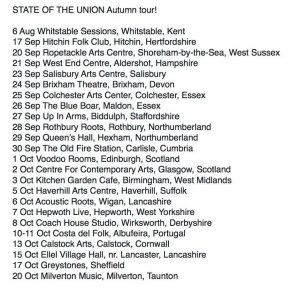