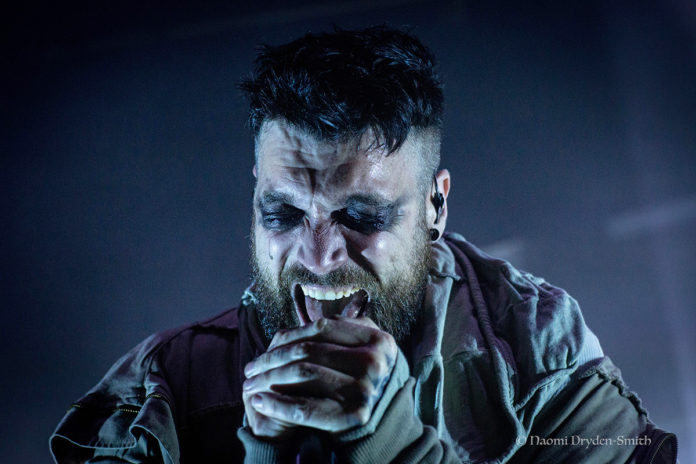 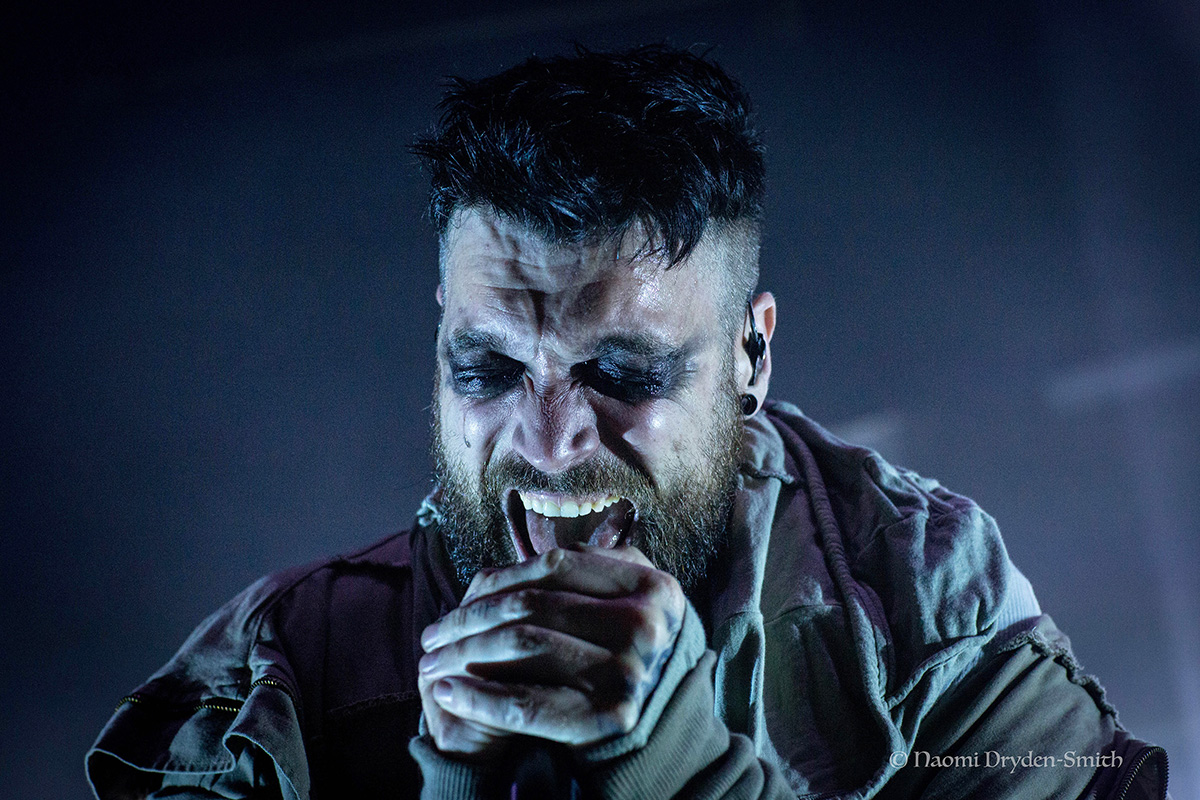 Starset beamed into O2 Shepherds Bush Empire to unleash their special brand of Cinematographic rock, ably supported by Sick Joy, who presumably came by van. Naomi Dryden-Smith was there to catch some of the highlights.

First up is Sick Joy, a trio of Geordies (Mykl – vocals/guitar, Danny – bass, Sam – drums) living in Brighton with hearts firmly steeped in Nirvana/Pixies 90s grunge. With an EP featuring ear worm Vibe Sucker already under their scuzzy belts, and single History released in November, they’ve been winning fans as well as accolades from UK rock press. Worth checking out. 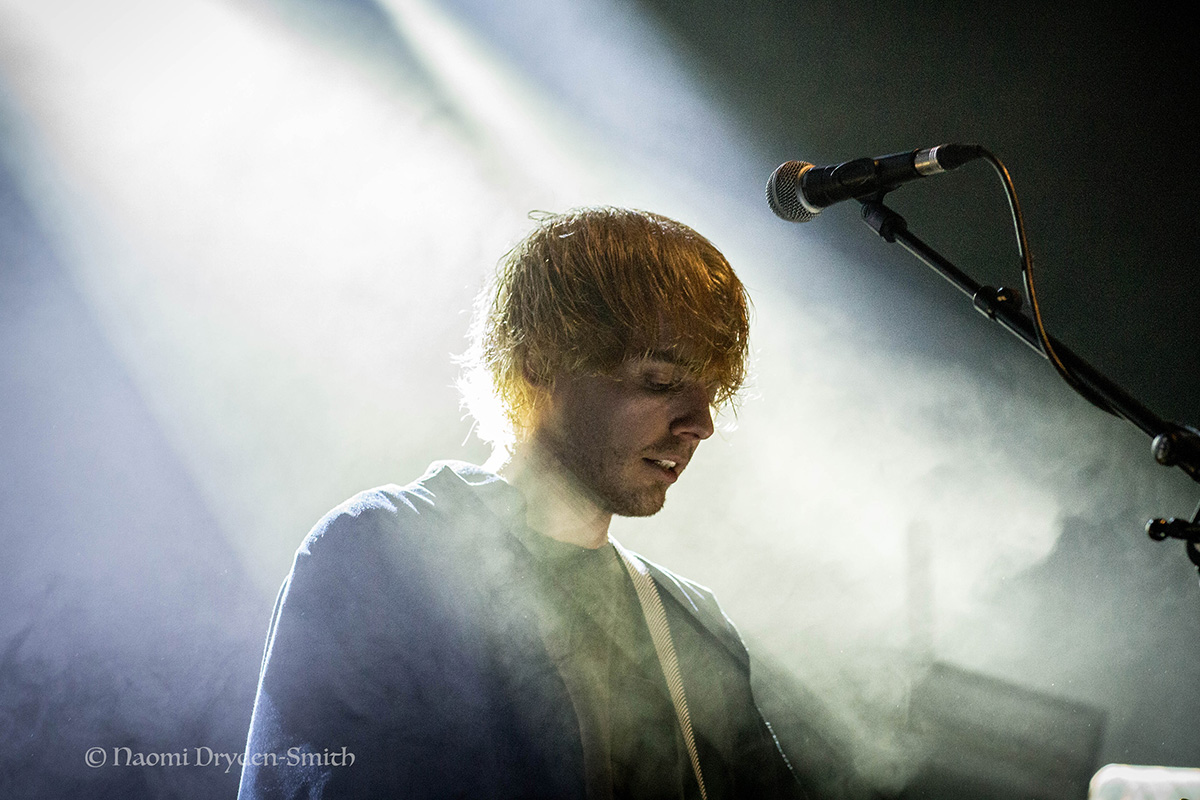 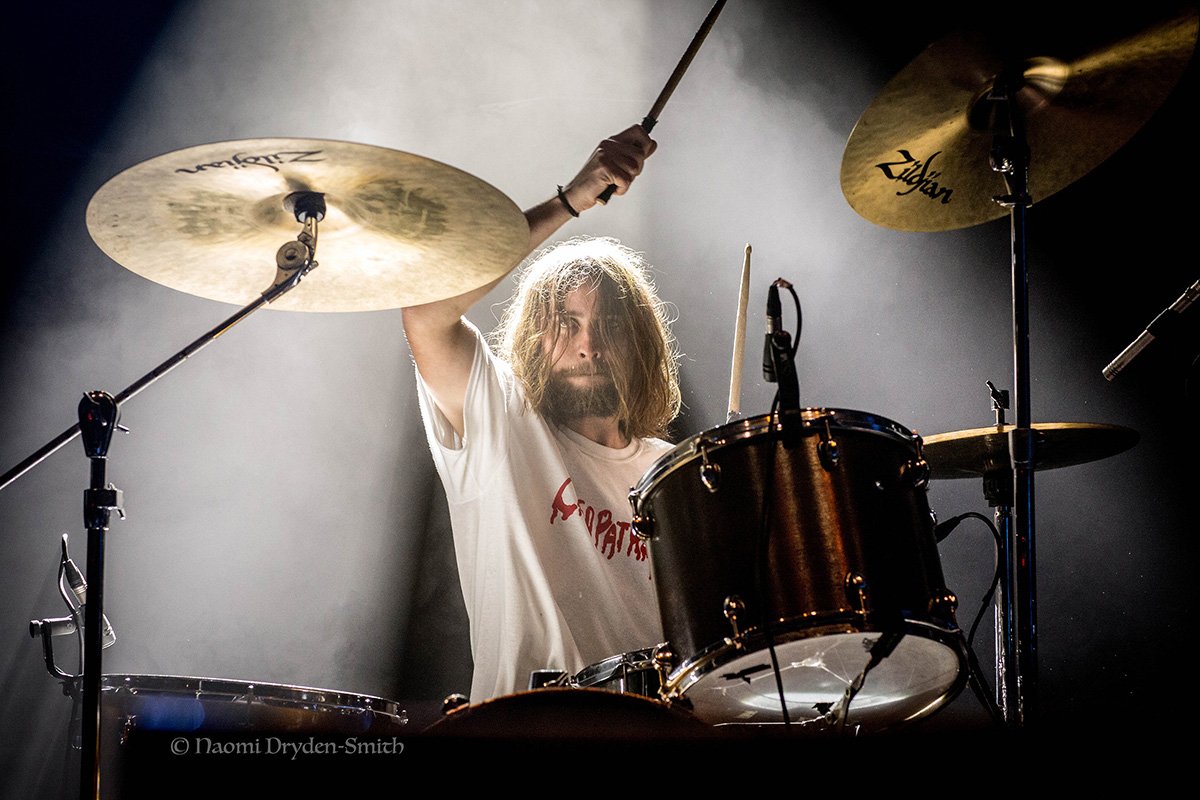 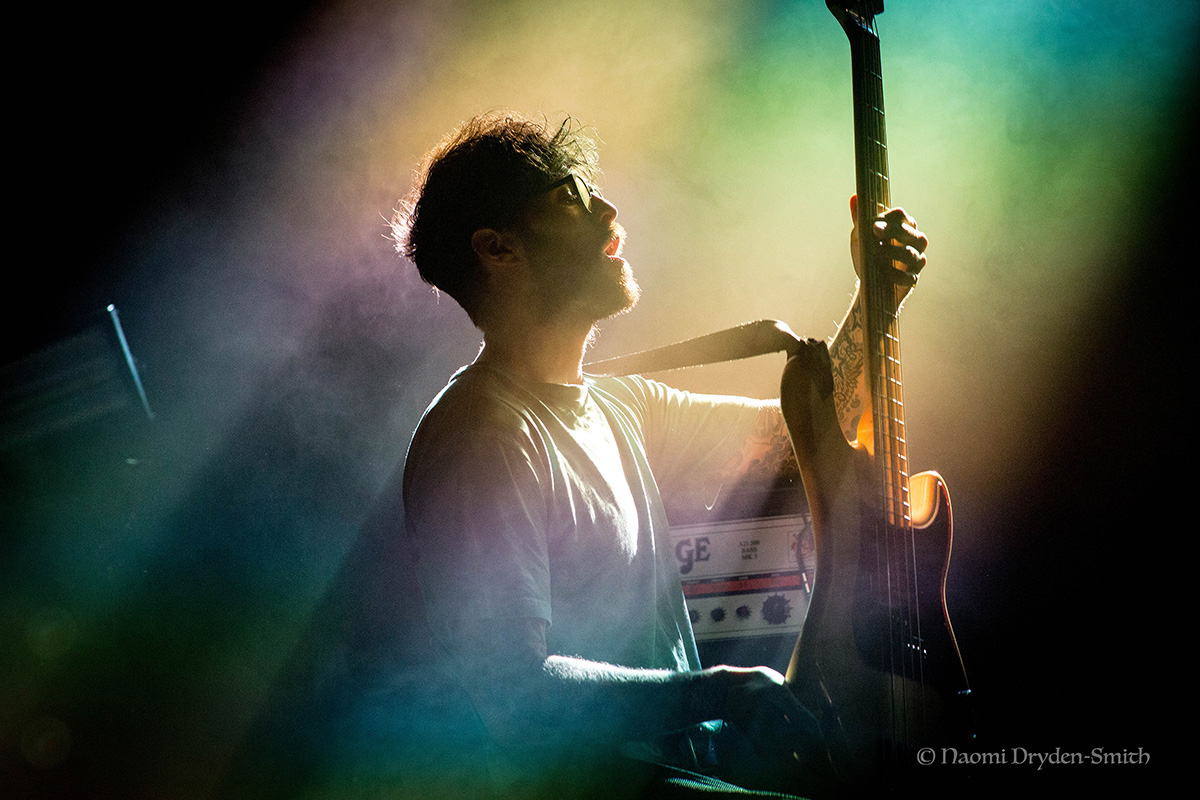 For those new to Starset, there is a backstory to grapple with here. This conceptual rock band (from Columbus, Ohio) has been sent by The Starset Society to spread The Message that has been received in a mysterious signal from outer space – in the style of Linkin Park/Deftones/Nine Inch Nails. The show is split into two halves, with the band sharing Gary Numan’s post-apocalyptic and dystopian dress code and deep love of dry ice in the first segment. An interval with some important space messages follows, and they return for second half with their trade mark space-age helmets and lots of neon. Vocalist and creator Dustin Bates is hugely charismatic and alluring as the central character, surrounded by his crew of Beautiful People wielding guitars, looking sexy with violin, straddling cello and smashing drums. It’s an immersive rock experience, drawing the audience into Bates’ parallel universe (or is it?). Incidentally, he has actually taught at the International Space University as well as working with the US Air Force, and seems to be currently working on a PhD. So he might actually know something…

At any rate Gene Roddenberry would be proud. 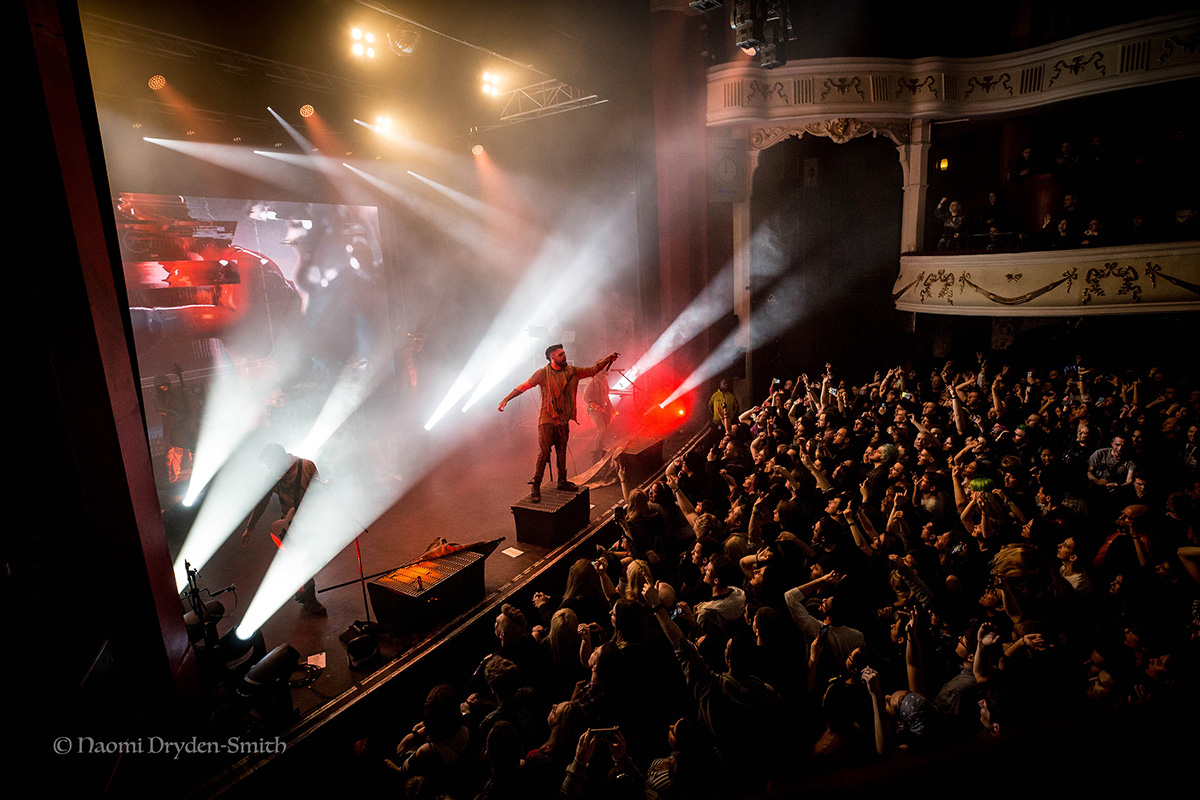 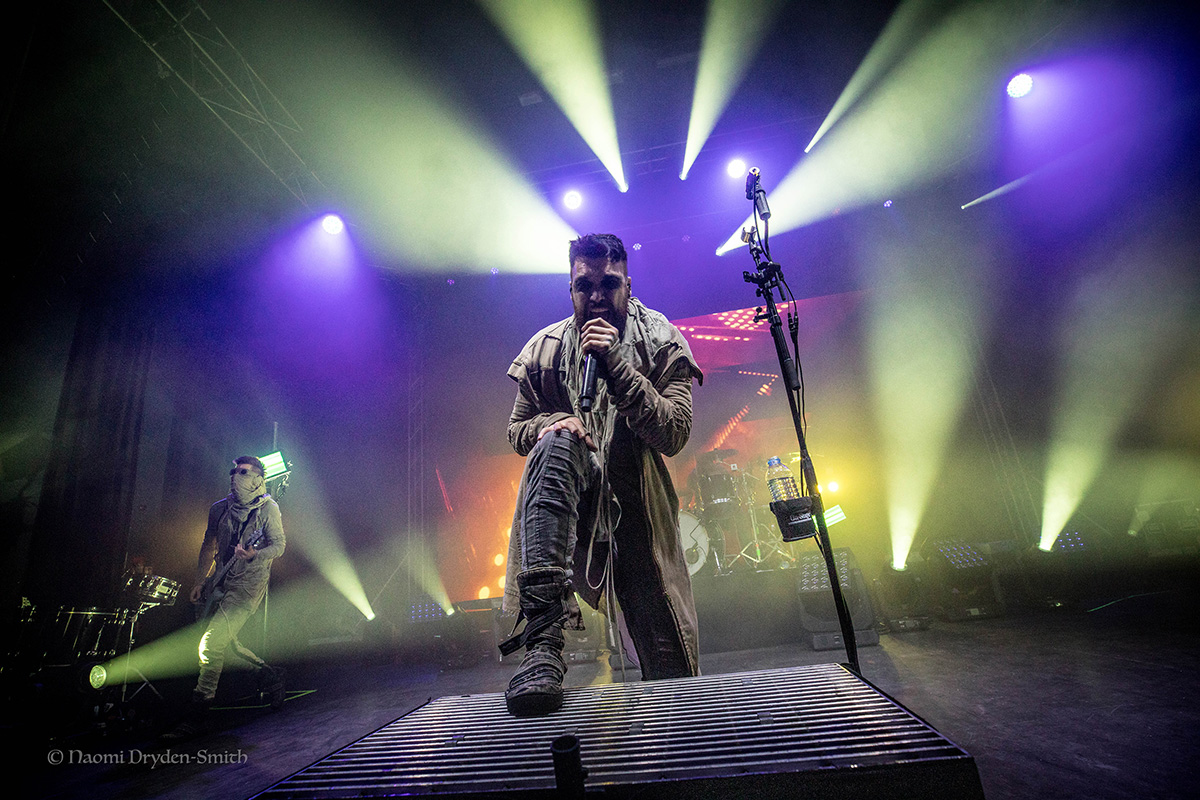 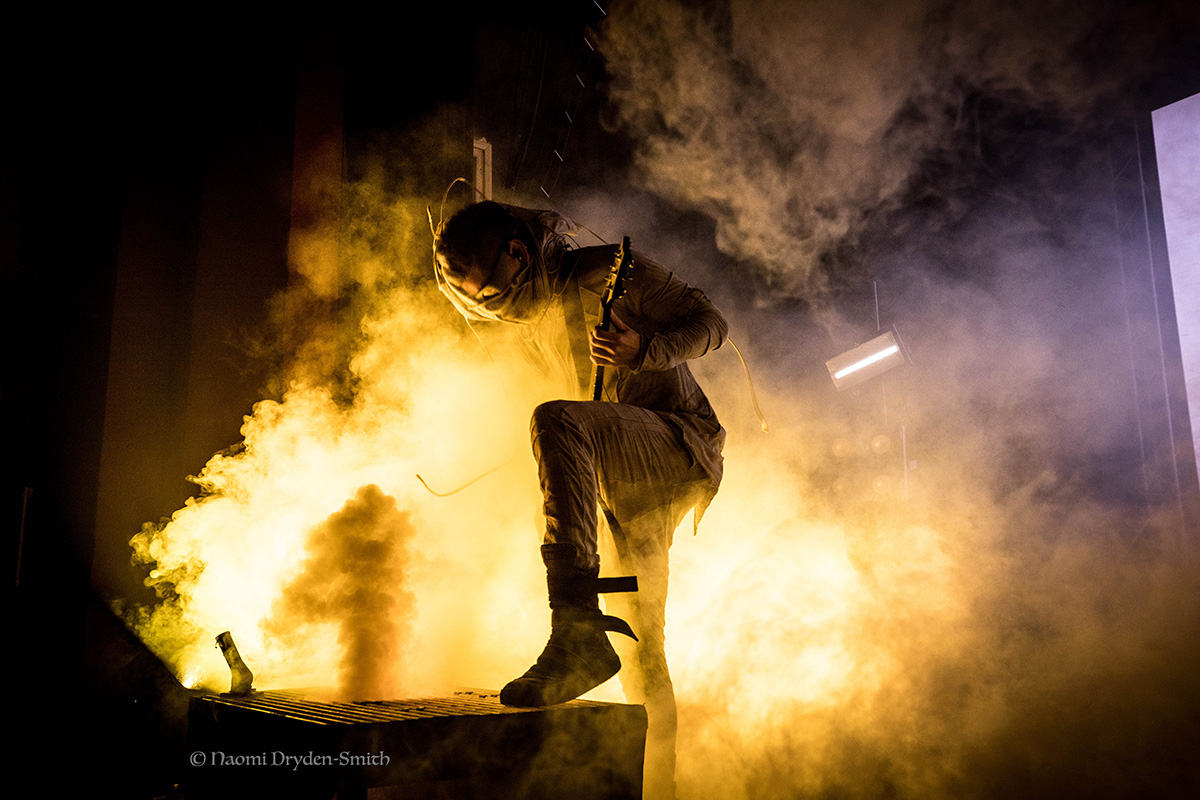