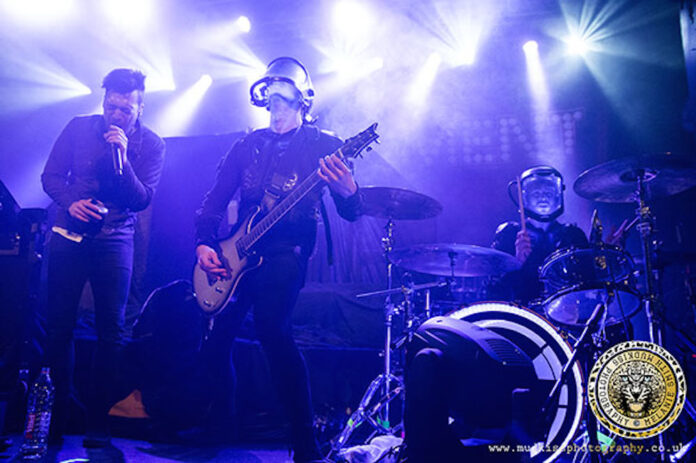 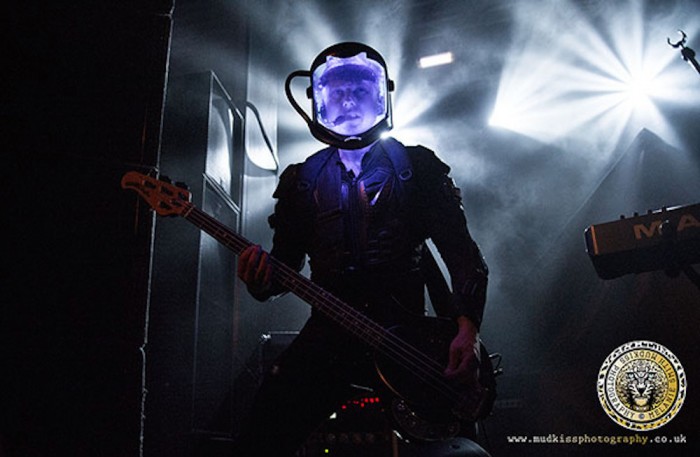 Photo above of Starset and all others on this page © Melanie Smith.

Columbus, Ohio, alt-rockers Starset have been on tour with In The Moment of late, with whom they played Manchester Academy a couple of weeks ago. Our review of the headliners can be found here, but Dom Walsh also considered the support band on the night as worthy of some “signal”, so here’s his review of their set, with photos by Melanie Smith.

As a band charged with opening up a bill, you are always going to be up against it. Many punters are still arriving, and most already there are milling around the bar absorbing refreshments or probably playing on social media.

Luckily for Starset, they had a slot opening for the lavish In This Moment, with Fearless Vampire Killers as main support. Both these bands carry a devout fan base for one reason or another, therefore the crowd in Manchester wanted to get their spot sorted for the following bands. 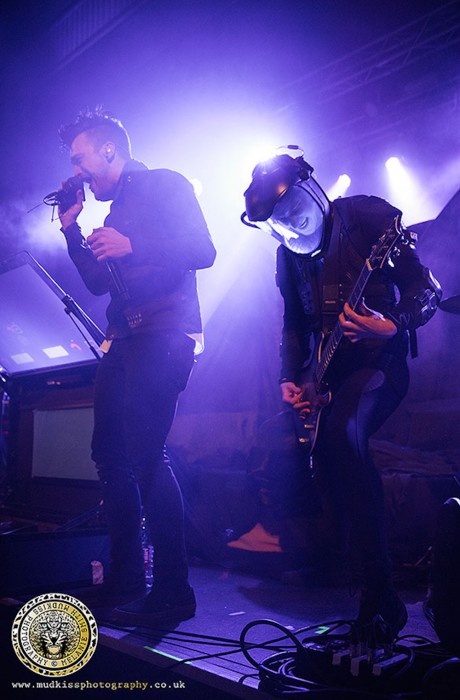 Starset took to the stage with a decent amount of people to play to, and for the thirty five minutes or so they were allotted, they gave a great account of themselves. Whilst most of the crowd had little or no idea who the Ohio quartet were, they were humble enough to realise through their thanks to the crowd and provided a lavish enough set themselves.

As the band’s sci-fi intro tape rang out of the PA, the band took to the stage looking like characters from a Fallout game, complete with blue lit gas masks. Singer Dustin Bates (also of Downplay) used two microphones providing an array of sounds for the duration of the set whilst he controlled the sound effects from a very technical piece of equipment at the front of the stage that can only be described as something that James T. Kirk would use to control the USS Enterprise.

Whilst there was electronic wizardry in play for the whole of the set, Bates’ shift between clean and growled vocals served up a good blend of styles. Their music is not massively complex or technical, and could be likened to bands such as Linkin’ Park, however, as the atmospheric interludes and taped parts of the songs were needed, the band obviously has a lot about them to mesh these sounds together.

The crowd slowly warmed to the sci-fi theme and showed the band that they had done an admirable job. Tracks such as the anthemic Halo and the introspective Telescope, made for a good spectacle. The orchestration on the latter track sounded particularly excellent though the PA in the venue.

With their futuristic outlook, cool aesthetic, and accessible and melodic hard rock, Starset are very much worth checking out. Their debut album, Transmissions, was released in 2014. Give it a spin.