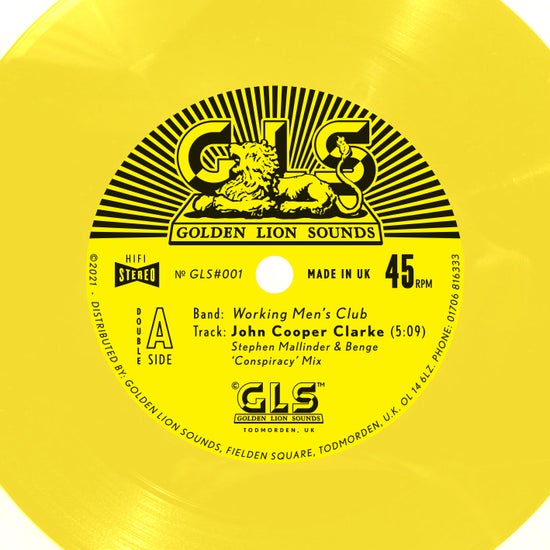 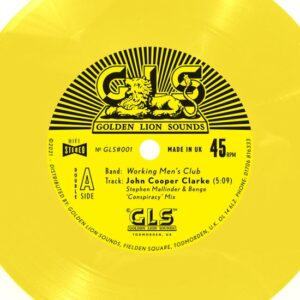 Once upon a time Todmorden’s The Golden Lion was a typical old school West Yorkshire boozer, but new landlords Waka and Gig have transformed it into one of the North’s best live venues.

But like all venues lockdown has hit them hard, so they’ve created the Golden Lion Sounds label to release very, very limited double AA side singles on coloured vinyl featuring acts who want to keep the venue alive.

Their first release from local band Working Men’s Club and Manchester’s W.H. Lung sold out in just four days. Next up is a really interesting project as Hebden Bridge newcomers The Lounge Society and Halifax’s The Orielles remix each other’s songs. So Heavenly Records stars The Orielles will be reworking Burn The Heather and The Lounge Society will return the favour on Euro Borealis.

The plan is for Golden Lion Sounds to release a limited, numbered single every month and performers have been queuing up to help out. So far Goa Express, David Holmes, Jarvis Cocker, The Emperor Machine, Jane Weaver, Andy Votel, Crazy P, Earl Gateshead, Dub Smugglers, Nucleus Roots, Zion Train, Carlton Melton, Dead Sea Apes and Natalie Sharp have all contributed tracks, which will be mastered by local solo artist and engineer Andrew Liles

“We are so grateful to all our friends who want to be a part of this project, they’ve shown their belief in us and we all know that everything invested in this project will eventually come back to the music industry,” say Waka and Gig

The Golden Lion have also launched a range of exclusive merchandise including T-shirts, Sweatshirts, badges & Totes designed by notorious artist Wall-Russ a Dutch-Belgium designer based in Amsterdam and Bom Seo aka Bom Carot, an illustrator, artist and singer from Korea. You can see what they have available here.

Words by Paul Clarke, you can see his author profile here