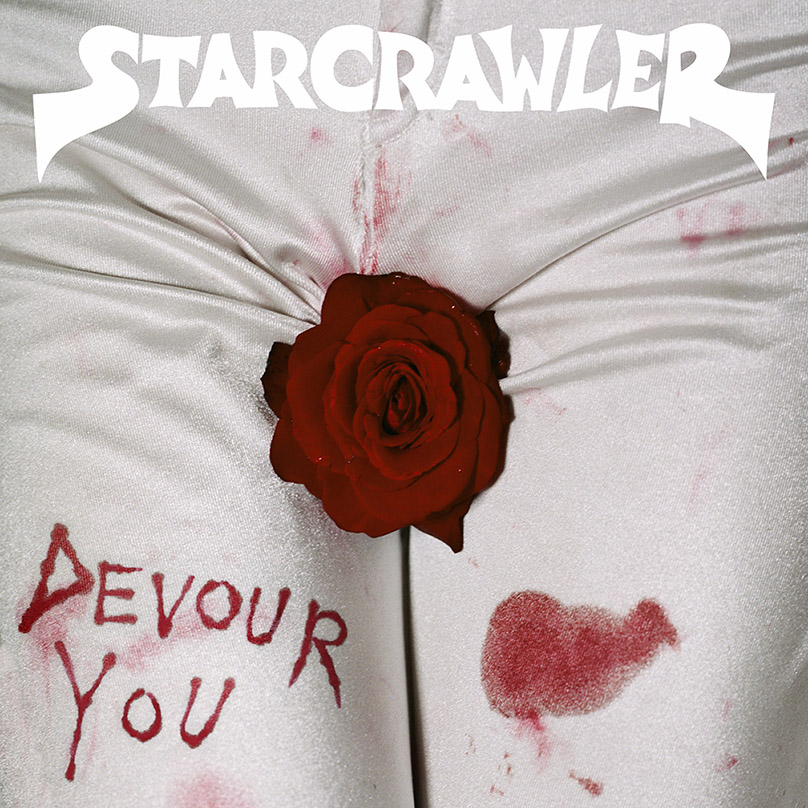 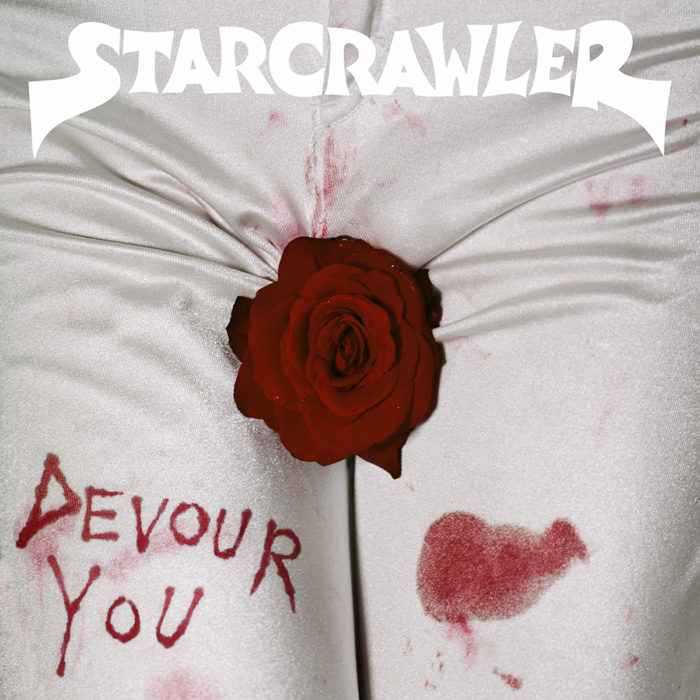 Starcrawler evoke the sweat, sleaze, grime and glitter of Rodney’s English Disco with their new album, Devour You

Spiritually, Starcrawler belong to the glitter era. As a young LA band they are steeped in the city’s cultural history, particularly the myths and stories of Sunset Strip, the Chateau Marmont and Rodney’s English Disco. While you can imagine them hanging out on the Strip in 1973, dodging the cops, dressing outrageously and having a good time, it’s also very clear that Starcrawler would have been the main attraction on that scene, not the groupies.

There’s a kind of addled New York Dolls debauchery to their sound, a Stooges esque proto punk energy. The album opens with the chatter of small children, an apt introduction to the opening track, ‘Lizzy’, which sounds like a playground ruckus in musical form; a drum led rockabilly thrash with some energetic screaming from singer Arrow De Wilde.

Vocally, De Wilde comes across like the love child of Cherie Currie and Iggy Pop, and listening to Starcrawler on record is a very different experience to seeing them live. You can appreciate the musical subtleties of what they’re doing when you hear it on record, and with no way to be distracted by De Wilde’s stage act, the listener can concentrate instead on the songs and appreciate just how tight a guitar band like Starcrawler are. 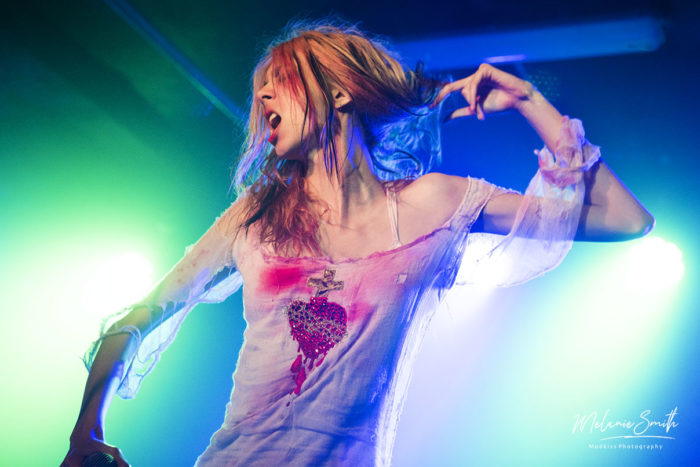 They make it sound easy, tackling everything from full on punk thrash such as ‘Toy Teenager’ and ‘Tank Top’ to the more wistful ‘No More Pennies’ and ‘Hollywood Ending.’

While ‘Toy Teenager’ is pure spirit of ’77 thrash, the equally fun ‘Tank Top’ bounces the listener around the dance floor like a hybrid of the Ramones and the B52’s. Neither track hangs around long enough to outstay its welcome.

The swaggering guitar sound of ‘Bet my brains’, ‘I Don’t Need You’ and ‘Home Alone’ reveal the band in familiar scuzzy LA rock territory, showing their campy New York Dolls side, but the real revelation is ‘You Dig Yours’, which sounds more post punk than glam initially, a marriage of early Franz Ferdinand and early CBGB’s era Blondie. It packs a lot into (just over) two and a half minutes and it would make an excellent future single.

Similarly, the intro to ‘She Gets Around’ is blurred and synthy, minimalistic and atmospheric, evoking memories of Iggy Pop’s ‘Nightclubbing’. There’s a darkness to the track, with lyrics such as ‘Hands on my face, I can’t escape’ and ‘Keep on knocking, I can’t hear you’.

The slower and steadier ‘No More Pennies’ features twangy guitars and is, overall, more of a nod to Tom Petty than to the New York Dolls. Guitarist Henri Cash duets with De Wilde on the track and their voices complement each other, providing a mutual world weariness beyond their years.

‘Hollywood Ending’ is another thoughtful track, one on which the band sound like a late seventies punk act who’ve emerged seamlessly from the speed years of early punk into the heroin induced hangover of late punk and early post punk. Despite the addled decadence of the song, it would also sit very nicely next to Skating Polly’s more recent quiet and introspective songs, such as ‘Flyer’.

Atmospheric tracks such as ‘Rich Taste’ and ‘Born Asleep’ feature a softer guitar sound from Cash, with ‘Born Asleep’ reminiscent of Celebrity Skin era Hole and ‘Rich Taste’ featuring eerily cool backing vocals and a clean sound that mark it out as another future single.

The album ends with ‘Call Me A Baby’, a slow slice of stripped back guitar work from Cash, who duets here with De Wilde. It feels a bit like a White Stripes song, until the drums take it up a gear and the extra layers of guitar kick in. A kids chorus sings the central refrain of ‘Cry baby cry, put a finger in your eye’ as the song reaches its conclusion, taking us back to where we began with ‘Lizzy’.

This is a confident second album from Starcrawler, one that deserves heavy listener and radio rotation.