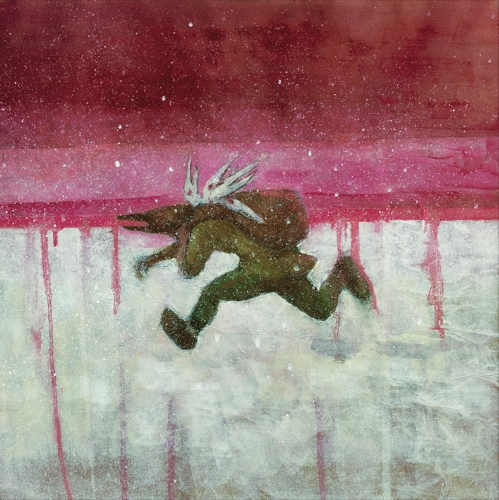 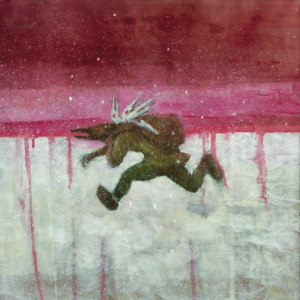 The Israeli/British collective Staraya Derevnya are set to release an album of pure psychedelic experimentation recorded in the performance space at Cafe Oto.

Staraya Derevnya are the Tel Aviv/London based collective that are paving their own path through the world of experimental sound. The band, named after a historic district in Saint Petersberg, certainly cannot be pigeon-holed into a geographical generalisation. The lyrics on the album are directly influenced by the Saint Petersburg poet and artist Arthur Molev. The lead single from the album, On How The Thorny Orbs Got Here, is accompanied by an appropriately psychedelic music video. The video is made up of digital drawings by New York-based artist Danil Gertman (who also designed the album cover).

Inwards Opened The Floor will be their fourth album and they maintain many of the qualities that made them stand out with their earlier work. The long formed psychedelic jams are still a staple for the group; along with using an eclectic mix of instruments. Twelve people are credited on the album, some having provided cries and whispers, silent cello, radio interference and a rocking chair.

The album was recorded back in 2017 at the Cafe Oto project space. Comprised of 7 tracks, the album is just under 50 minutes long. Their sound is certainly unique and calls to be listened to in a strong sound setting. Preferably in darkness and with no interruption. It’s difficult to pinpoint where exactly Staraya Derevnya are coming from; the music feels entirely primal whilst feeling very focused at the same time. It certainly holds a folk sensibility in that the sound creates both warmth and unease. I feel this is in part down to the many people who worked on the album creating an atmosphere of community.

Inwards Opened The Floor is a stunning piece of work. It exemplifies the benefits of collaboration; the group shares a mutual consciousness which creates a sonic world that the listener can fully immerse themselves within. If one album wasn’t enough to keep you satisfied, then on the same day the group also release a collaboration with Hans Grusel’s Krakenkabinet and a live album with performances from Cafe Oto and Tusk Festival. All three albums deserve your undivided attention. Links to all three can found below.

Inwards Opened The Floor is released on September 4th and can be purchased here.

Staraya Derevnya’s collaboration with Hans Grusel’s Krakenkabinet, Still Life With Apples and can be purchased here. (released on cassette via Steep Gloss)

The live album taken from Cafe Oto and Tusk Festival can be purchased here. (released as a double CD via TQN-aut)