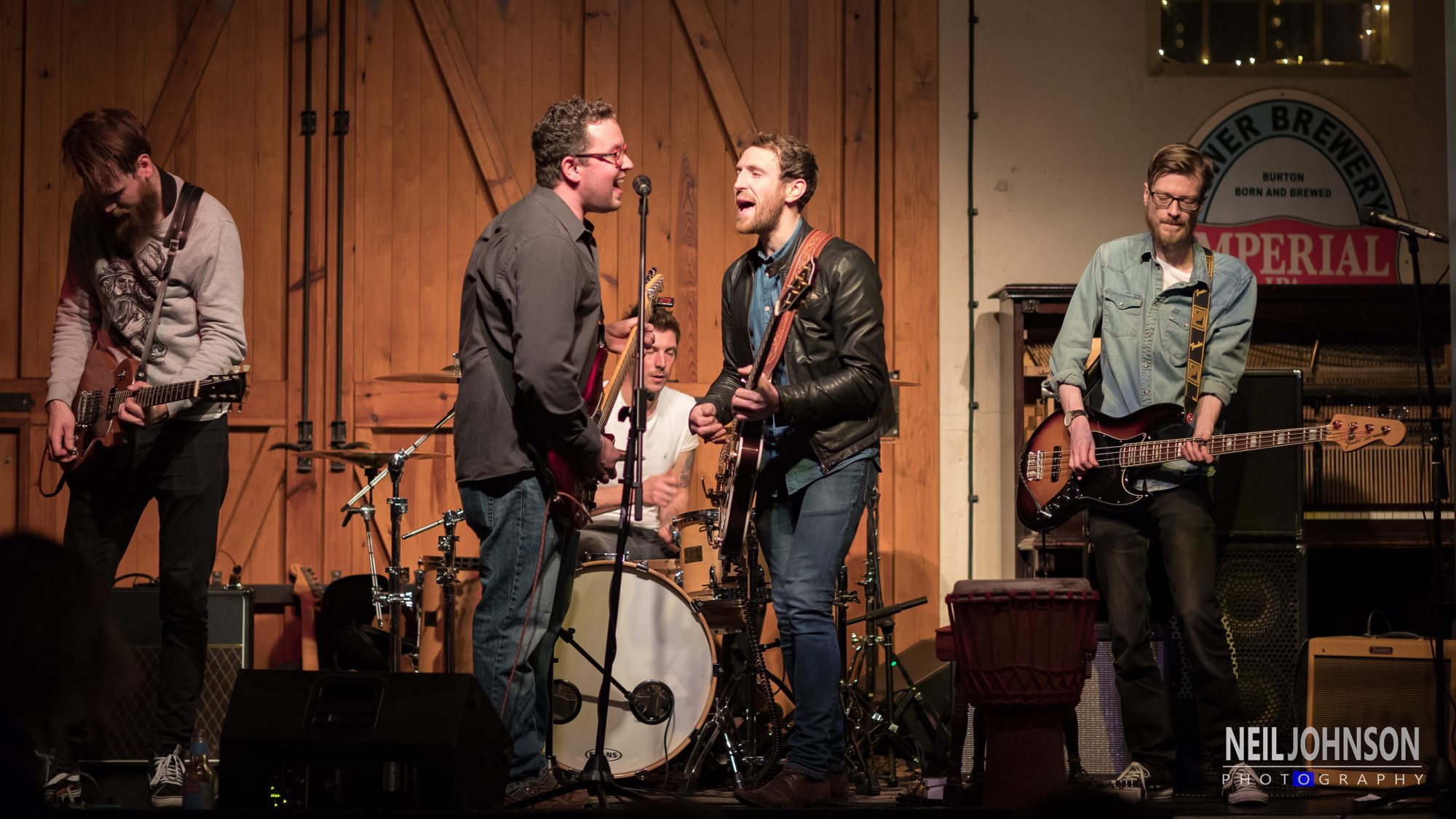 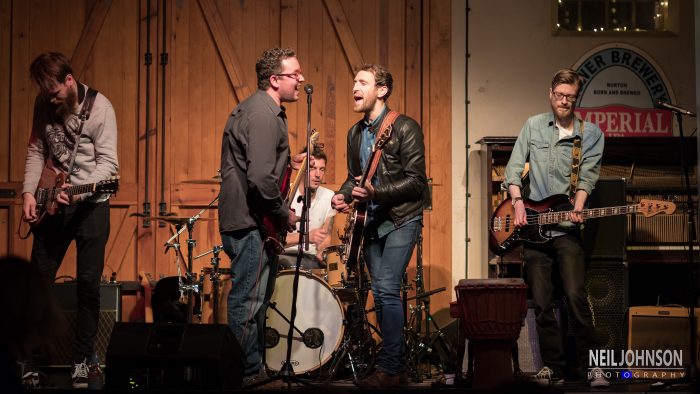 Star From Ivy aren’t just your average band. With the release of Circularity they have been exploring open source music and linking with themes of learning and the curriculum, as well as sharing and re-use. This gig was the latest in a series of events delving deeper into the connections around the music.

Star From Ivy finished their latest record Circularity earlier this year. Chris Baldwin, singer and guitarist for the band (as well as Riding The Low) is always keen to point out that the record is as much a concept about sharing, re-use and community, all supported by the website; as it is a collection of songs on an album. The intent was to produce a record and then encourage people to engage with those songs and do whatever they wanted with them, produce art, dance or even re-mix them from the studio recordings that the band made available online.

In the same vein as the record, this series of events was tagged #lifelines after one of the tracks on the record, aimed to encourage people to get on stage and join in at their events. This show was to support the Burton YMCA charity. In keeping with the philosophy of the Circularity concept, the band asked for support from their friends both to come along but also to get on stage and perform material from the new record.

Six Weeks Falling were the openers, a Burton melodic rock band. This was their first gig for a year or so and they clearly enjoyed being out and sharing their music. They were a delight to listen to with some carefully crafted songs. Clearly influenced by bands like Audioslave, Soundgarden and Stone Temple Pilots Six Weeks Falling sounded tight throughout. They especially impressed with their slower numbers, which let Jon Brindley’s voice shine through. This was especially noticeable when they played Hurricanes. One to watch out for on the local circuit. They have plans to record some of their material in the new year.

Next up was some metal from Eagles Vs Drones, a band that have only been together for about 18 months. They have just finished recording and producing their new album, and played it in entirety at this show. Notwithstanding the short period that these guys have been together, they sounded massive, very tight and clearly talented, two absolute requirements for any metal band to succeed live!

Huge slabs of melodic metal were delivered with raucous and intricate guitar work. There are a lot of parallels here with late nineties Drowning Pool or Papa Roach. They delivered with deft precision and power live. If you like your rock music melodic and powerful, then give these guys a listen. 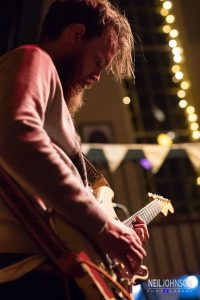 In a similar approach to Eagles Vs Drones, Star From Ivy chose to work their way through most of their latest record ‘Circularity’. The show began with Call to Alms, which demonstrates the change in direction that Star From Ivy have taken since their first record Prologue. A change in maturity bringing with it much stronger, complex songs and a refined sound. Some will no doubt miss a few of the heavier, more simplistic songs from Prologue, but what the band have moved on to will likely delight many of their existing fans, who have inevitably, also matured. Those that loved the earlier material such as Morning Light, Forever Sun and Sublime will be at home with Circularity. Whilst there is no Grounded on Circularity, there are some total monsters like I Can’t Breathe and Soul, which both come across especially well live.

Two standout songs from the live set were The Only One and I Can’t Breathe. The Only One shows how much SFI have matured since Prologue, the song structure, delicacy and lyrics are a divine experience. The weaving balance between Steve Gibbs bass and Chris Baldwin’s vocals on the record is a joy. For the live show, they asked Andy Crowe from Exile84 to join them on guitar and vocals. It’s fair to say that Andy absolutely nailed it, his voice complimented Chris’s and the emotion he put into the performance was outstanding, a talented guy and a pleasure to see him up on stage with the Star From Ivy boys. 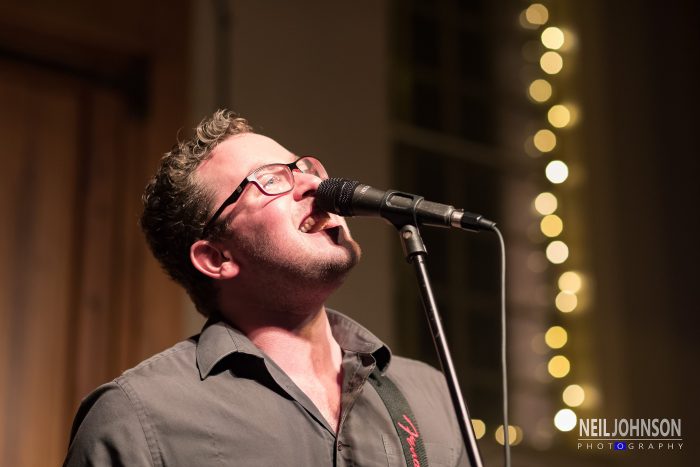 The second standout for me was I Can’t Breathe, which virtually slaps you in the face as Dan Baker’s guitar tears through your ears for the first few bars and then continues to wind through swirling riffs backed by Steve Gibbs ebbing and flowing bassline and Mark Maczkowski’s ultra-precise percussion. A proper treat for the senses and showcases the significant musicianship that Star From Ivy bring to their live shows, probably my favourite song of the evening and especially good live. 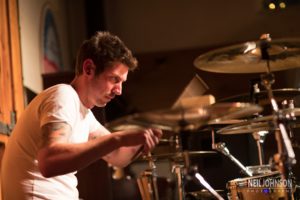 In keeping with the ethos of Circularity, the band invited a few more friends to perform. Sean Killion from the Burton YMCA came on stage, complete with ukulele and proceeded to hand out lyric sheets, hats, moustaches, workmen’s hats and fluorescent tabards in preparation for a cover of the Village People’s YMCA! Despite some initial trepidation (from the audience mostly), things soon warmed up and the wedding disco favourite was served up by the Star From Ivy boys with Andy on vocal and Sean playing along. To close the night, the guys chose to finish up with The Forever Sun from their Prologue album. Karen Blyth – Chris Baldwin’s aunt – came up on stage to do some percussion. She is a huge supporter of the band and was clearly honoured to be on stage performing! A little nervous at first, but she soon settled in and sounded great!

The guys chose to drop Wall of Sound, Circularity, Proud and Answers for this show. Chris told me that they are planning more shows and re-worked versions and more special guests are on the cards. I must admit, I was a little disappointed not to hear both Circularity and Answers as they are both stunning songs, but knowing Chris and the boys when they do get around to playing these live I have no doubt that they will be extra special.

Star from Ivy’s Circularity record is available now from the usual places and you can find more on the website.

Louder Than War editor Sarah Lay wrote about the sharing and re-use of music around the release of Circularity here.

All words and images by Neil Johnson. This is is his first piece for Louder Than War but you can find more of his photography on his website. You can also find him on Twitter.