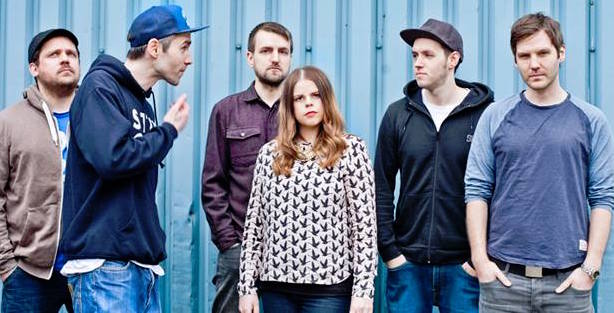 The Universe seemed up to its old tricks when Stanley Odd and Hector Bizerk, two leading proponents of Avant Garde Hip Hop from the east and west coasts of Scotland played gigs back to back at two local venues during this month’s Edinburgh International Festival Fringe. Synchronicity such as this is not an uncommon thing, if one is attuned to such things and both these shows were events to see, hear and experience. Rapping, and more importantly Hip Hop, as a phenomenon which emerged out of the ghettoized Black communities in the States, lends itself remarkably well to the Scots mentality, dialect and disposition.

Traditionally, we’re storytellers and minstrels in possession of a strong enough cultural identity to have no inhibition about borrowing from other cultures. We are also inclined to blither our way through and out of the downtroddenness of life here with its ‘bloody weather’, archaic Presbyterian sensibilities and unwelcome austerity imposed from without. We relish good patter, hold lively banter in high esteem, and could sell ice-cubes in Alaska or sand to the Arabs. We are also the most inventive nation on the planet having brought a plethora of mod cons to the rest of the world.

Did I mention our reputation in the domain of contemporary popular music?

Some of what Stanley Odd do is a little formulaic; they have the rapper and they have the female vocalist, singing melodic choruses a la Eminem, Massive Attack, or others of note. That is, however where that indictment stops, if indeed it is an indictment. Stanley Odd are a phenomenally good band by anyone’s standards who operate effectively at the interface between analogue and Mid, or the interface between those interfaces. They’re expertly stage-managed too. They took the stage at Edinburgh’s trendy Summerhall amidst smoke and the room had been deadened with thick black stage-curtain, covering the reverb-inducing tile. This beautifully EQ’ed the surrounds and established a Sonic comfort zone that was noticeable. Extra lighting provide a value added ambiance and experience for the punters.

Halfway through the intro with the meme; ‘Nothing ever happens Here’ and ‘Chase yersel’, the sound was warm and the volume perfect permitting a dialogue with an audience that was hungry for social commentary and was not kept wanting. ‘This Is’, ‘Who Am I’, and ‘Monsoon Season’ flew by, drawing attention to the commonplace wet Scots. The Vibe was more MOS DEf or Jazzmatazz/GURU than it was Naz or Biggy! Compositions like ‘Sundance’ were visual in their content – about a schoolgirl chum who was once the butt of ridicule, scorn, derision and stone-throwing before a chance encounter years later with frontman, (…..) in which it becomes apparent that she has turned to prostitution, calling forth images of a post-modern Mary Magdalene. Did this have the effect of evoking an introspection on the part of audience members regarding their own treatment of ‘different’ kids at school? Was the effect that it engendered in the audience one of deep empathy, and compassion? Did it really resonate as well with the crowd assembled there, or was this imagined?

Stanley Odd left the stage and returned briefly for an encore which was fitting for a show during the Fringe with ‘Ten 2 1’ and a summation of the past year with ‘Son I voted Yes!’

In fairness to Stanley Odd and the whole notion of ‘Staying Odd’ and ‘Nothing Ever Happens Here’ – in 2015 has seen Hector Bizerk grabbing peoples attention in a way that not many others have! ‘The Waltz of Modern Psychiatry’ which opened the set heralds frontman Louie being considered for the post of the BBC’s Poet In residence. As a writer seeped in the emotional bedrock of Glasgow, ‘Party at A & A’ explores a ‘night on the town for the price of an ounce’…where ‘nobody seen nuthin’…! Other than being the cutting/bleeding edge of hip hop in Scotland due to the realism of Louie’s patter, it is also according to Louie, ‘drum led’. lets take this idea a step further; Audrey Tait’s is in harmony with Louie’s rhymes and that’s more complex. She is the punctuation/synco-punctuation on drums and she is marvelously on point as is the percussionist.

A cover of Blurs’Song 2 (WOO HOO) generated the desired energy in the normally staid and indifferent Edinburgh audience. That would normally have required about ten thousand Volts straight up their collective Jacksies , but the cover of Blur’s did the trick. The last time this year that a crowd bounced like that was the Poison Idea show in Glasgow, or maybe the Prodigy at T. Shoegaze this isn’t! Louie took the time to familiarize the crowd with Pearl Kinnear, an In-Situ Artist painting in the middle of the Pit area stage left and to Ibby, the break dancing, flag bearing-living-mascot and Aide de Camp. HB shows are now renowned for having a multi-disciplinary team dedicated to cultivating their Hip Hop aesthetic, and one cant help liking the vibe!

Who the fuck are you, Christopher Columbus?

In a composition that encapsulates the Celtic strorytelling tradition of the Senachie (Village Storyteller), Lowis lays claim to pending position of ‘Writer in Residence’ at the BBC. Herein, we hear of an over-zealous holidaying miscreant who returns to his home in Glasgow where he is begged the poignant question: ‘Who the fuck are you, Christopher Columbus?’ This is high art and sophisticated wit or sarcasm. You decide. Hear me now: There are several reasons why the Mercury Prize should come back to Scotland for the second consecutive year, and reside in the Hector rehearsal room in Cumbernauld. Not because Hecotor Bizerk are better than Young Fathers, nor even Stanley Odd for that matter, but simply because there is a cultural and artistic renaissance going on here in Scotland, and Hector Bizerk are the unit most advanced in their development out of the current cohort of talent. People outwith Scotland don’t realize this FACT, simply because journalists in Scotland haven’t even recognized it themselves. With cohorts of artists coming through, sometimes we see a rare ‘cluster’ of creatives coming through concurrently. We seen similar with Grunge in the Pacific Northwest of America when Nirvana, Babes in Toyland, Courtney Love, Poison Idea, Billy Rancher,and the likes did. This is remarkably similar.

Having remained on this knife-edge in Scotland throughout the summer festival season, situated firmly at the T Break and BBC Introducing stages at TITP, the XFM Stage at Wickerman, and various stages within Edinburgh Festival Fringe, Magners’ Summer Nights (Glasgow & Edinburgh) its been adequately observation that Scotland is on fire. Hector Bizerk are near the zenith as demonstrated recently at Electric Circus in Edinburgh where the floor felt like a trampoline. Is this a byproduct of the independence vote? No, it has more to do with the process of a people in ascendancy, flinging off their chains whether they are collective or individual ones. This is about a people in the process of being emancipated from the Westminster phallus-in-the-rear and then being empowered, wanting to sing and make music, and celebrate that self-determination and express it. This is what was witnessed at both Stanley Odd and Hector Bizerk shows at the onset of Edinburgh Festival Fringe…

N.B.
There are others; Our Future Glory, three lads from Dundee, two being bro’s who headlined the T Break Stage and have an energy that’s like playing Russian Roulette with Cuban gangsters and using speedballs instead of bullets. Charlotte Brimner of ‘Be Charlotte’ who debuted at TITP, has such a pitch perfect vitality, and a refreshing and precocious spirituality woven into her lyrics. Have watched her several times now and been as stunned as a nun at a VICE Party, so if you get a chance, don’t miss her. Gerry Cinnamon, the People of Scotland’s Troubadour – caused as much bloody racket and mayhem as the Libertines did on the Main Stage at TITP, but him only on the BBC Introducing stage himself. Get out there NOW, see for yourself, don’t take my word for it!