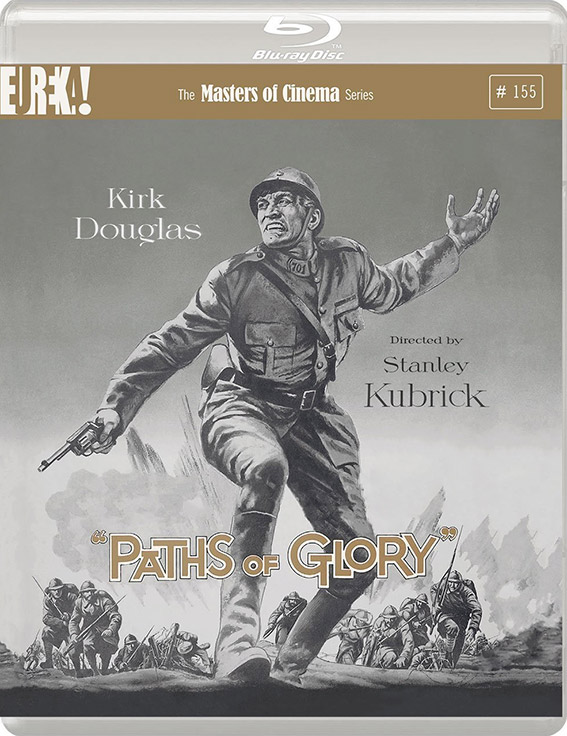 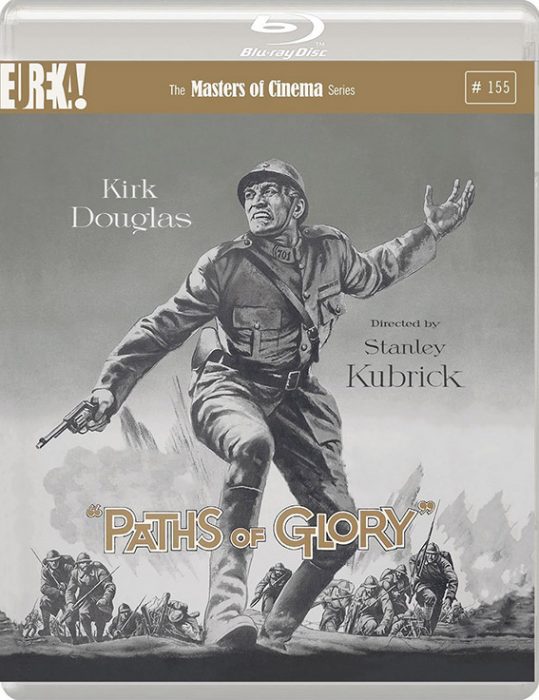 The film opens in France in 1916, in a spacious room of a grand chateau, a setting that works in direct contrast to what we are about to witness as General Mireau (George Macready), sets off to inspect his troops in a hellish fortified trench in what is supposed to be a morale boosting visit.

Before then, though, Mireau meets with his superior, General Broulard (Adolphe Menjou), who insists that after a long stalemate in the trenches, Mireau’s troops must immediately storm a seemingly impregnable German stronghold known as the Anthill. To ‘succeed’ though might result in the loss in lives of more than half of the soldiers.

When Mireau protests that his men’s lives mean everything to him and that he can’t support such a plan, viewers might feel they can relax somewhat.

Mireau’s lying through his teeth though, his words immediately forgotten when Broulard hints heavily that a promotion could be on the cards if he agrees to the suicidal mission.

Fortunately, there is at least one man in the next chain of command down who really does care about the men in his charge. Kirk Douglas plays Colonel Dax, who will attempt to oppose the senseless slaughter of so many good men.

Initially it’s off-putting to hear a cast of Americans portraying Frenchmen in their own voices and Kirk Douglas’s flat-top looks a lot more like the kind of cut that men might have asked for in a barbershop in the era of rock’n’roll rather than during the hostilities of World War 1.

You might even be put off by the traditional nature of Paths of Glory, a movie shot in black and white that, compared by later Kubrick standards, lasts only a compact 88 minutes.

This isn’t a ‘sexy’ film, it bears little resemblance to the stylised Pop Art visual flamboyance and visceral ultraviolence of A Clockwork Orange and it lacks the mystery, dazzling experimentation and staggeringly epic scope of 2001: A Space Odyssey, but is also very possibly Kubrick’s most humane and poignant film, an impassioned attack on the hypocrisy of a ruling class that see men’s lives as trivial if they are below a certain rank.

Inevitably, the mission goes every bit as badly as you would imagine with the under-equipped French troops quickly driven back – some even unable to leave their own trenches. This, of course, maddens Mireau, who, like a distant relative of Dr. Strangelove demands court martials for cowardice. Dax, a former lawyer in civilian life, takes on the task of representing the three innocent men who will face the firing squad if found guilty, which looks a certainty in the kangaroo court that is set up to try them.

I won’t give away the ending but will say that the final scene is one of the most unexpected in the history of the war movie and features the fragile singing voice of an actor credited as Christiane Harlan, who would soon become Christiane Kubrick. It’s as strangely powerful as it is unforeseen, even though it initially only came about in order to have a female in the film to help takings at the box office.

Interviewed by critic Roger Ebert towards the tail-end of the 1960s, Kirk Douglas said of Paths of Glory: ‘There’s a picture that will always be good, years from now. I don’t have to wait 50 years to know that; I know it now.’

He was absolutely right. Once seen, never forgotten, Paths of Glory is an anti-war classic.

The Masters of Cinema Series here presents a new Blu-ray edition for the first time in Britain.

Extras include a new feature-length commentary by film scholar Adrian Martin, video interviews, an isolated music & effects track and a 36 page booklet with essays and photographs.