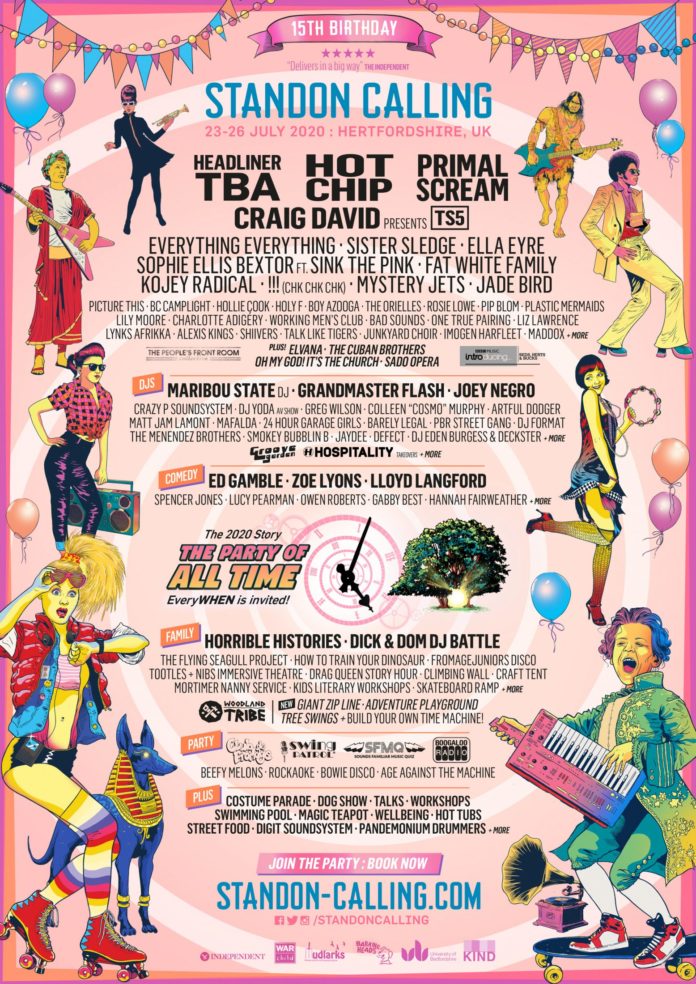 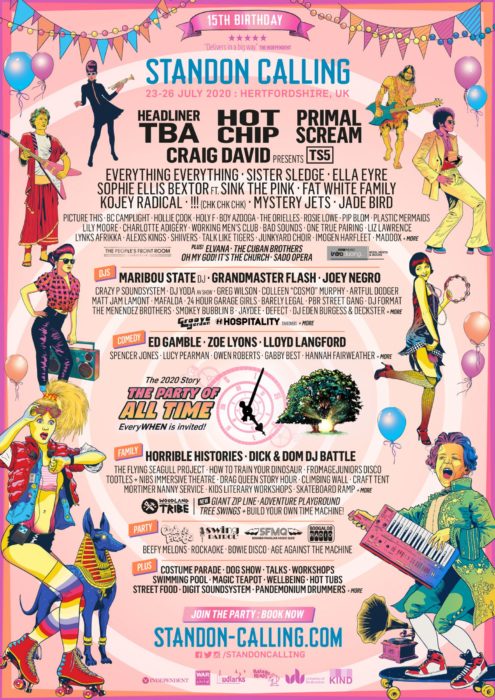 Some of us here at Louder Than War are very excited about the line up announcement for this years Standon Calling Festival.

Standon Calling have announced two headline acts along with some other mouth-watering favourites of ours that will be gracing the plush green fields of Standon Lordship Manor (near to Ware, Hertfordshire) over the weekend of  23-26th July 2020.

Now in it’s 15th year, the organisers of this fabulous family event situated a few miles outside London have added to the earlier announcement of Primal Scream and boy oh boy have they given us something to look forward to again this year. Hot Chip who according to some (OK then, us) were a huge highlight on The Glastonbury Park stage last summer cannot be missed, Sister Sledge will certainly be worth seeing, Everything Everthing return to the field where they pulled off a blinding show back in 2016, Plastic Mermaids are always welcome in any field with a stage and Fat White Family should certainly open a few eyes and make a few new friends this year.

In contrast there will be Horrible Histories, Dick and Dom, a Junior Disco, Childrens play area and of course the Garden Swimming Pool.

Yoga and Dance Classes will be available, there’s the annual Dog Show, Comedy, Fancy Dress and some late night DJ’s to keep the nocturnal amongst us occupied.

Those here at Louder Than War will of course be getting giddy with excitement at the prospect of seeing Holy Fuck, !!! (Chk Chk Chk), Mystery Jets, Jade Bird, Elvana, BC Camplight, The Cuban Brothers, Hollie Cook, Boy Azooga, The Orielles, Pip Blom and Working Mens Club over the weekend as well as acts some of us wouldn’t get to see anywhere else alongside these names such as Craig David, Sophie Ellis-Bextor, Ella Eyre, Grandmaster Flash and Joey Negro.

Come along and party with a few thousand others, there’s always plenty of space to pitch your tents or park your camper vans – We love it and you’ll love it and on top of all this there’s still one more headline act still to be announced.

Our own top ten favourites are included on the playlist below. See you there.