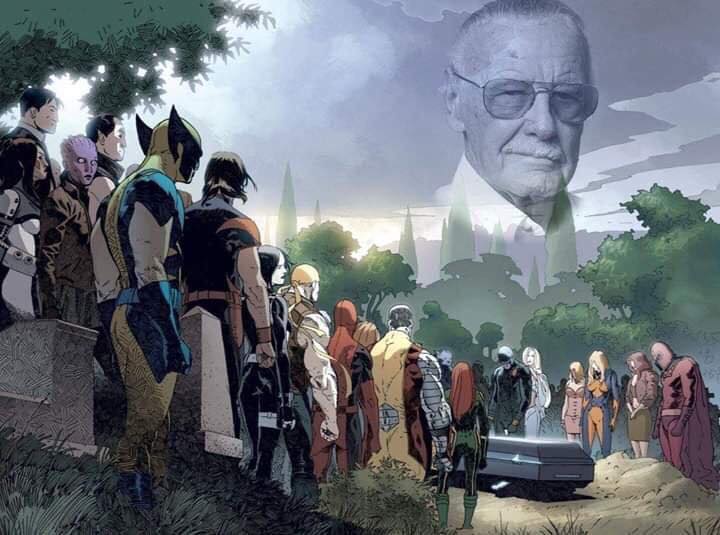 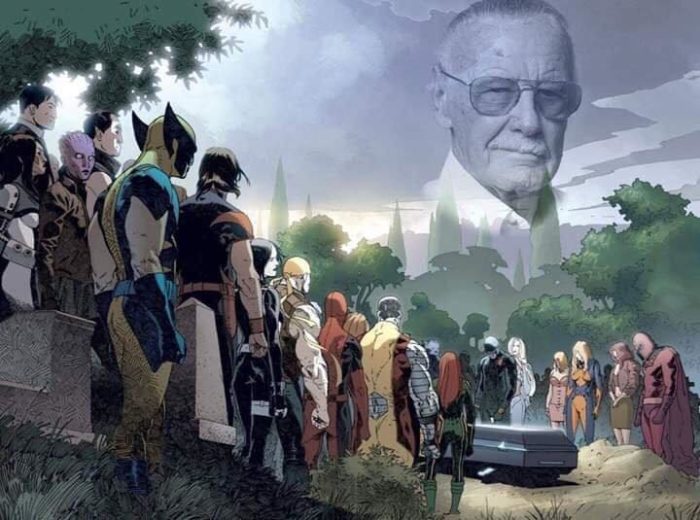 With the news breaking yesterday that Marvel supremo Stan Lee had passed away at the age of 95 we invited guest writer and comic fan Josh Cooper (Roadkill Records) to pay tribute to the man and his legacy.

Like most children my age I was an awkward sort: an average kid from a (relatively) average family in an average suburban town – not particularly book-smart and not particularly good at sport. I think most pre-teens feel the same way, searching for their individuality at the same time as trying to fit in with everyone else. What makes you special? But not too special. Like so many others I found my way in comic-books, particularly Marvel – the world created by the late, great Stan Lee and built upon by so many others.

Unlike in fantasy books or on television, the pages of Marvel offered moral and social guidance from character’s I could relate to. These superheroes didn’t always “get the girl” or moonlight as billionaires, many of them were just as awkward as I was: they made mistakes, were late for school and struggled to make ends meet. These stories reached out to millions in countless different ways and paved the way for one of the biggest franchise expansions the world has ever seen.

There’ll be more insightful tributes made by those close to him, I’ve personally never even met the man. But I was a fan and, when asked by Louder Than War if I’d share a thought on Stan “The Man” Lee, I began to write it in my head before I’d even said yes. In a way I’ve been writing it since 2016, the year so many other iconic cultural figures were lost to us.

Since founding the company in 1939 Stan Lee took Marvel from a fleeting idea to the world’s No. 1 publisher of comic-books – and then again to the multimedia powerhouse we know today. Alongside pop-culture royalty like Jack Kirby, Steve Ditko and more, he created iconic characters like Spider-Man, the X-Men, Black Panther, The Hulk, The Fantastic Four and countless others. His stories were inspiring, his ideas brave and (mostly) original. His manner was that of a passionate, eccentric and kind man. He was a very tolerant man, one who often spoke out against bigotry not just in his stories but in his columns and interviews. In “Stan’s Soapbox”, a message in the back of every Marvel comic from 1965-2001, he once wrote:

“Bigotry and racism are among the deadliest social ills plaguing the world today. But, unlike a team of costumed super-villains, they can’t be halted with a punch in the snoot, or a zap from a ray gun. The only way to destroy them is to expose them – to reveal them for the insidious evils they really are.”

During the Civil Rights Movement Lee introduced characters like Luke Cage, Black Panther and Storm, and drew deliberate parallels between the oppression of mutants to that of real life marginalised groups of the time. He tackled big social and political subjects with (somewhat limited) resources of the genre, and did so with flawed and complex characters at its heart. Where some stories and portrayals may not have aged particularly well, he gave inclusion to those who’d never experienced it. When Daredevil (a character who’s powers developed after he’s blinded by a radioactive substance) first debuted in 1964 Lee received an influx of fan-mail from blind institutes thanking him for giving the children someone to aspire too. In 1975 when Lee launched the all new Uncanny X-Men, diversity was their goal, this was a team that featured a Native American, an African-American, a Canadian, a German and a Russian, boasting a more inspiring cast than most major blockbusters do now.

Because of this, Marvel continuously outsold it’s competition. A story Lee enjoyed telling about rivals DC claimed that “they studied our books, and they’d say, ‘You know, I noticed they use a lot of red on their covers. Maybe that’s it’ and they would start putting a lot of red on their covers. The minute we would learn of that, we would take all the red off our covers. And our books still sold better, and that would drive them crazy.” He stood by the fact that it was their stories that made the impact, and he was intensely loyal to his fan base for sticking with them. In this sense he was the best there was at what he did, and what he did was, in fact, pretty good.

Despite this, Marvel hit choppy waters once the digital age swept in (as did nearly everyone in traditional media industries). Struggling to acclimatise, alongside dwindling interest, large competition and after a slew of poor business decisions, the company was forced to dodge bankruptcy by selling off the film rights to many of its characters. This lead to some successful ventures from the likes of Sony and Fox (Spider-Man, X-Men), and some not so successful (The Wolverine, The Amazing Spider-Man). Ultimately once interest in superheroes on the big screen grew and technology advanced enough for them to be made properly, Marvel were back at the helm of a cinematic universe of their own, with lesser known properties still in their ownership.

And, well, we all know what happened then.

In the last 10 years Lee saw his idea become the box-office behemoth it is today, boasting some of the biggest movies ever made, within the biggest franchise ever seen. The films now continue to champion diversity, making important decisions to better represent today’s world. Lee himself took great pride in these films and made cameos in each one (the only film he didn’t appear in was the latter Fantastic Four reboot and that seemingly destroyed the careers of all involved bar Michael B Jordan, who made up for it by appearing in the phenomenally successful Black Panther film).

In his later years Lee struggled with lawsuits and reports of neglect from his carers and in his old age it became clear he’d begun to tire and his appearance at the conventions he loved became fewer and further between. This followed the death of Joan C Lee, his wife of 70 years, to whom he was utterly devoted. He’d said that from the moment he’d met Joan he knew he was going to marry her, that “she was the girl I had been drawing all my life”, and once married she was the one who convinced him not to quit writing. “Before you quit,” she told him, “why don’t you write one comic you’re proud of?” What followed was the Fantastic Four.

In his final years the fans Lee showed so much gratitude to made sure he knew how loved he really was. He was the guest of honour everywhere he went, in interviews he was treated with reverence and the impact he’d made on the public was clearer than ever before. Stan Lee led a life as bright as the pages he printed, it was as complex as any of his characters’ and to many he was the very hero he’d spent his life writing about. Most importantly those stories offered hope and comfort to outsiders and millions of awkward kids everywhere.

You can only really sign off a tribute to Stan Lee in one way can’t you? Excelsior, and ‘nuff said.

All words by Josh Cooper